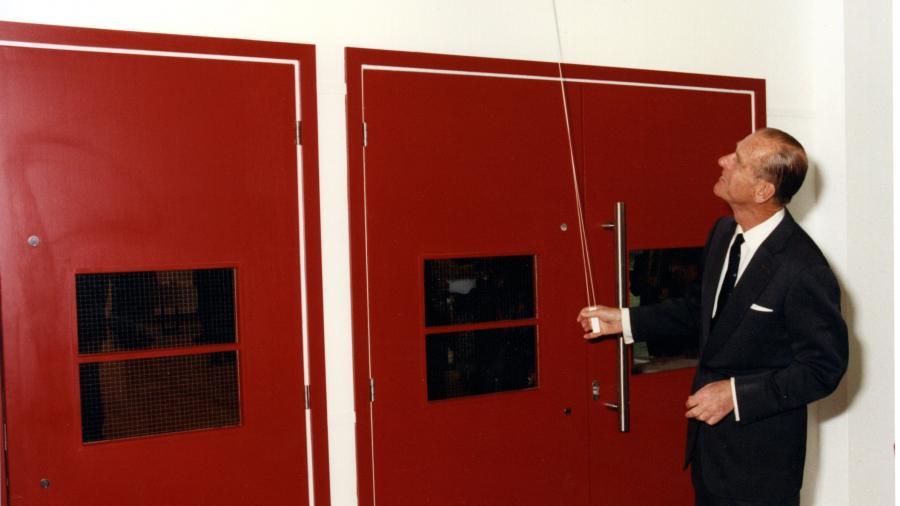 The College flag will continue to fly at half-mast tomorrow, ahead of the funeral of HRH Prince Philip, the Duke of Edinburgh.

The Duke of Edinburgh, who was Chancellor of the University of Cambridge for 35 years, from December 1976 to June 2011, first visited Wolfson in 1977, along with The Queen, at the Royal opening of the College. He opened the official proceedings with a speech in which he addressed The Queen:

“Having only recently been installed as Chancellor,” he said, “I am still a bit diffident about speaking for the University, but on this occasion I am quite confident that everyone connected with Cambridge University is delighted that you have come to open Wolfson College. I suspect that the College’s 266 students from 41 countries, 72 Fellows and 63 senior members are particularly pleased to know that they will soon be allowed to enter their College officially!”

The Duke also made reference to the pre-existing Wolfson College at Oxford:

“There has been a Wolfson College at the other University for some time,” he said, “and I can only say that the opening of this College in Cambridge is a very powerful argument for egalitarianism as well as a splendid tribute to the generous sense of justice and fair play of the Wolfson Trust. I am sure that Wolfson College is destined to make a very important contribution to the University in the future and I now invite you to launch this latest member of the University family on what I hope will be a long and distinguished career.”

Enthusiastic support for the College and its endeavours

Prince Philip visited the College again on 7 November 1978 to see how ‘the new College’ was faring after all the excitement of its opening almost exactly a year earlier – and an anecdote from the memoir of Jack King MBE, Founding Fellow and Bursar of Wolfson College, is testament to the enthusiastic support Prince Philip gave to the College since its inception.

The Duke walked to Bredon House from Selwyn College with the Master of Selwyn and the Bursar to join the Wolfson President for a luncheon party with a small, representative group of senior and junior members who discussed their research and their studies: “Amongst those present was Dr Alice Evans who described her work in progress to try to develop an ‘English baked bean’”, writes Jack. “About 80,000 tonnes of beans were being imported annually from North America for processing and her work could be of considerable benefit to the UK. The Chancellor was so interested in Dr Evans` research that he offered space for a trial to take place on the Sandringham Estate.”

Visits across the decades

At the start of this century, the College took a significant step with the building of a purpose-built conference centre, The Chancellor Centre – named, of course, after HRH Prince Philip himself. The Duke would play an important role in the process, laying the foundation stone in February 2002 and formally opening the building in December 2004.

The University has spoken warmly of the “insight, energy, and practical good sense” that Prince Philip brought to his role as Chancellor. We’re especially thankful for the support the Duke has given to Wolfson over the many years since he joined the Queen to officially open the College back in 1977. 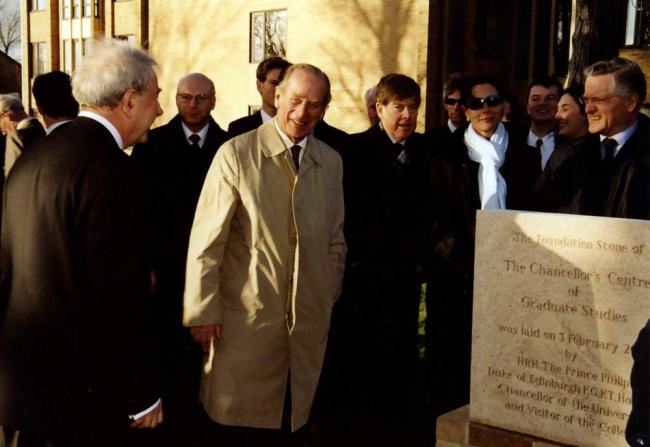 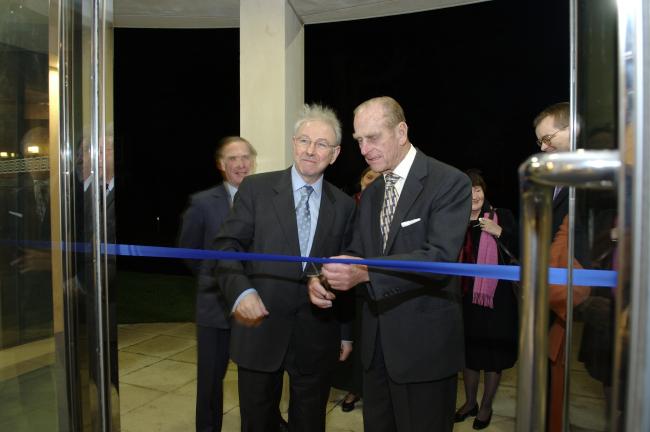 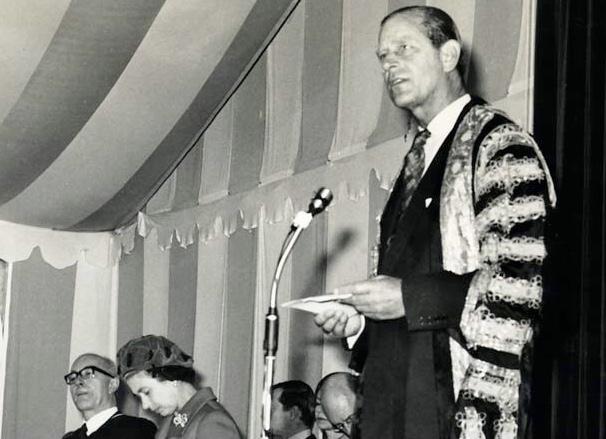 Prince Philip at the Royal opening of Wolfson College in 1977