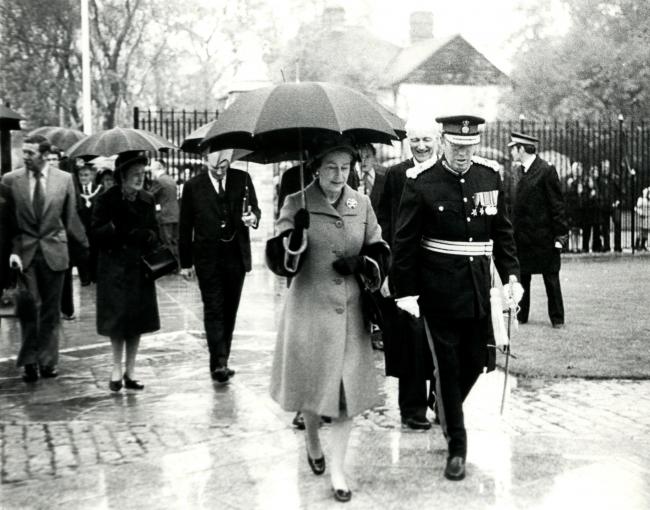 1977 was a momentous year for the College. On 1 January, our Royal Charter and new Statutes came into effect and Wolfson College became an independent College of the University. Governing Body held its first meeting on 10 January, and 19 January saw the final meeting of the Trustees, who had overseen our journey to becoming an independent college with our own buildings and accommodation, well on the way to financial security. But the ceremonial highlight of the year was undoubtedly the official Opening of the College by Her Majesty the Queen on 9 November, in the year of her Silver Jubilee. Accompanied by Prince Philip, then Chancellor of the University, she unveiled the commemorative panel that now sits in the Dining Hall.

These events were important milestones in the development of the College, which marked its coming of age as an institution. As the President, John Morrison, observed in his speech:

The whole process of developing this academic society, of gaining the support of benefactors, and of erecting the actual buildings, has been a long haul in which all the College officers and members of the Council have played a strenuous part......Our virtues have been the virtues of necessity; and necessity has also often been the mother of our inventions. The circumstances that made us something of an enfant terrible in the demure family of Cambridge Colleges have also convinced us that the shape and aims of our society...are right, and that they provide a good foundation for a future which, as all signs indicate, will be no less testing, no less demanding of skill, ingenuity and improvisation than those years through which we have passed.

The College had adopted a policy of allowing members to wear the gown of their highest degree on scarlet days, within the College. This was of particular significance to those such as Mary Hesse, then Vice President, whose highest degrees were from other universities, and therefore not generally recognised in Cambridge at the time. So the Royal Opening is remembered by many as being particularly colourful, though unconventional in that respect.

John Morrison recounted in the College Magazine how the fortnight leading up to the occasion had seen a 'growing momentum of completion…handsome iron railings and gates; the car-park; the turfing and planting of the Library [sundial] garden; and the appearance of two lions surmounting the pillars of the inner gates'.

Fortunately for us, student Martin Pick documented these preparations and the day itself in a wonderful series of photographs. 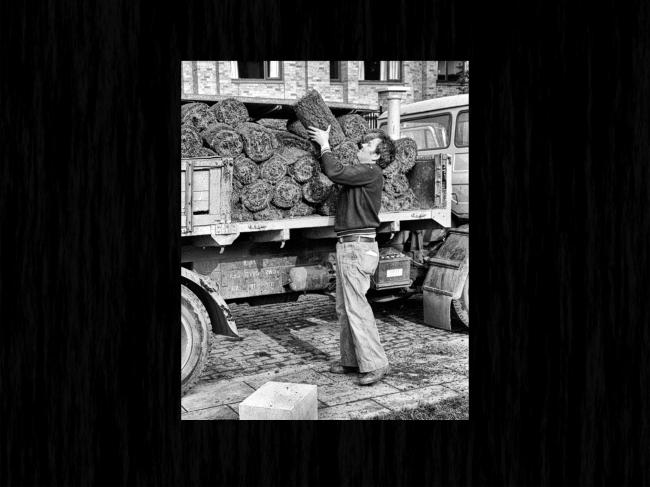 Unloading turf for the Library Garden (now the Sundial Garden) 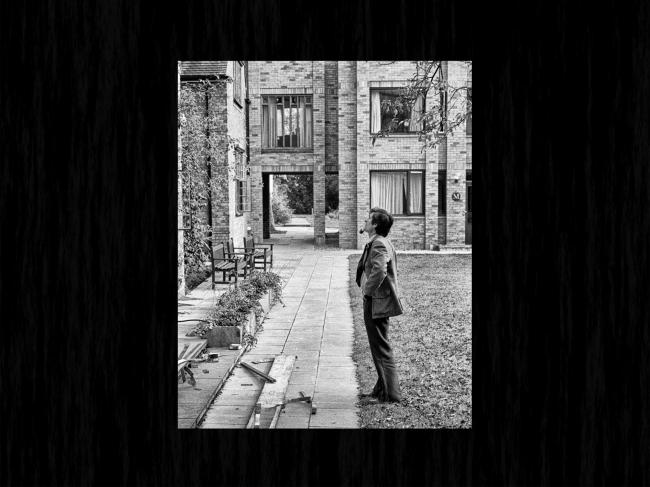 Supervising the completion of works 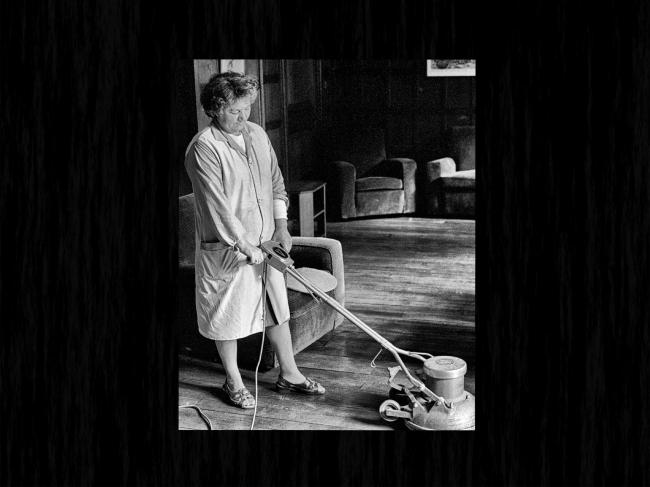 Buffing the floors in the Old Combination Room 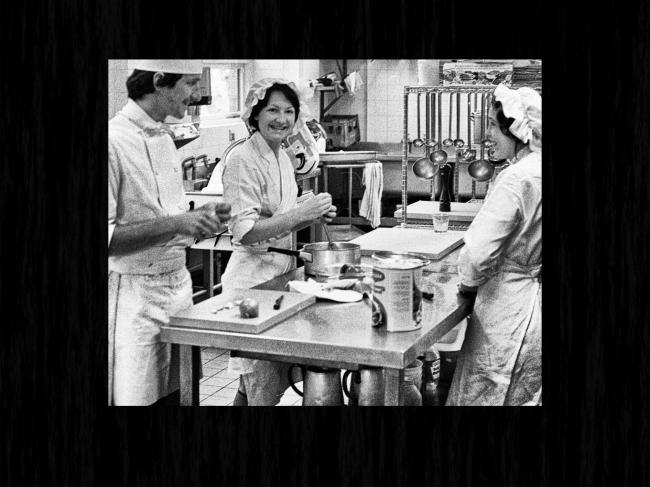 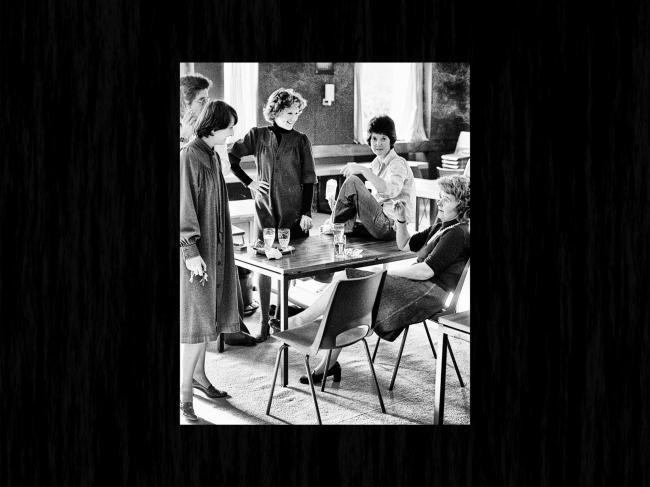 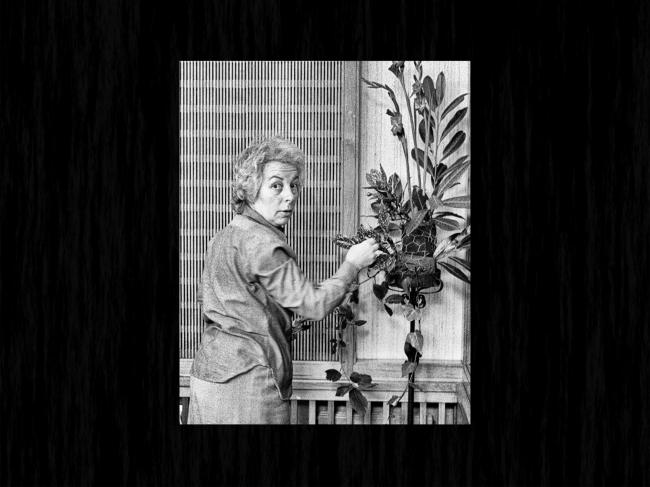 Creating a floral arrangement in the Dining Hall 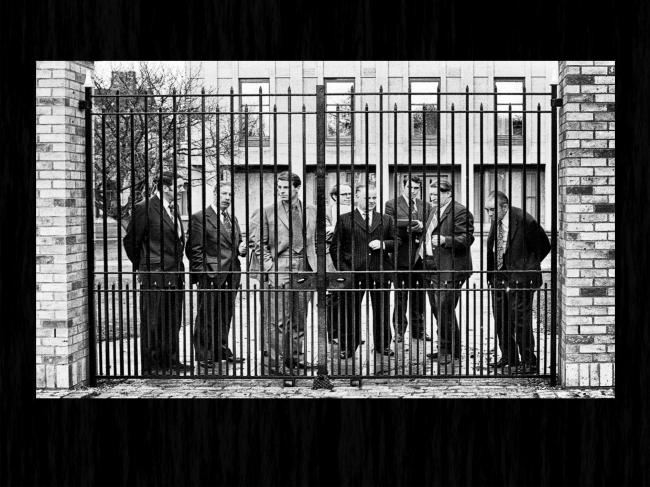 Jack King, Bill Kirkman, Horace Northern and others wait behind the College gates 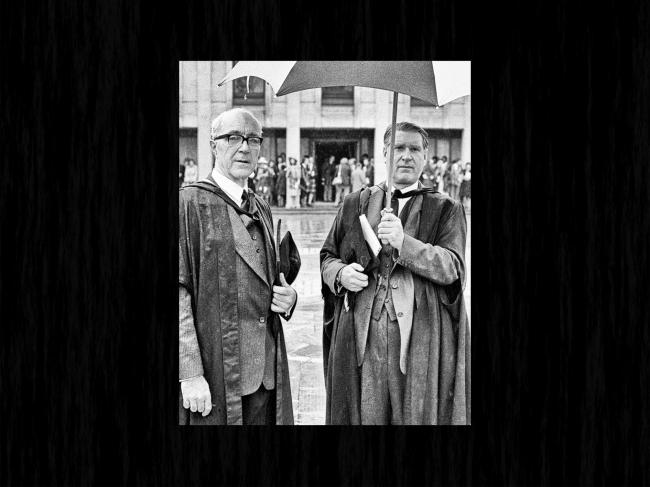 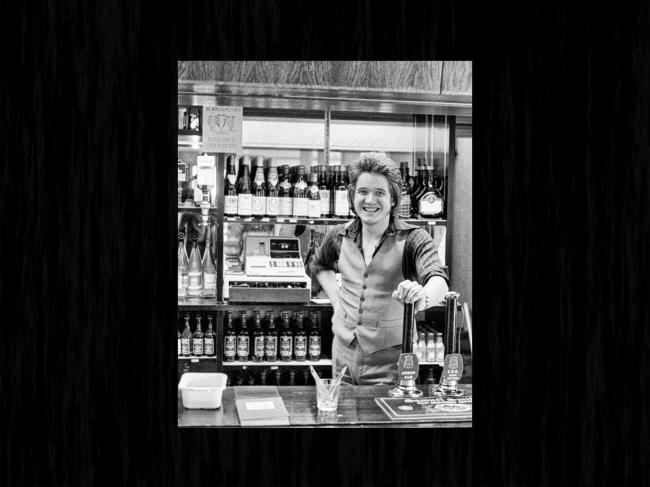 Waiting for the real celebrations to start in the Club Room