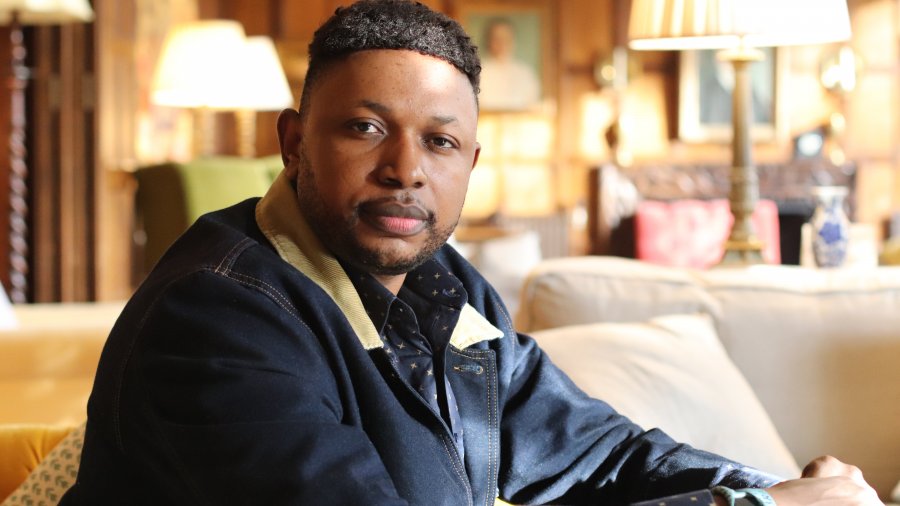 Alasan Ceesay believes everything is down to mindset. “You can set it to where you want it to be,” he says.

Today, Alasan is studying at Cambridge Judge Business School for an MSt in Entrepreneurship. He is also the founder of two businesses: a growing commodity business in The Gambia, and RahmaTech, a social enterprise tech start-up that aims to provide smart tech training for the elderly and the less-abled members in the UK and globally.

But just six years ago, after suffering significant injuries in Afghanistan, and following painful losses in his personal life, Alasan “was contemplating whether life is worth living”. Changing his mindset, he says, was one of the greatest accomplishments of his life.

A teenager in the Army

Alasan was born and raised in The Gambia, but moved to the UK as a teenager. He had always been fascinated with the military, and so in 2007, when he was only 17, he joined the British Army.

“Seventeen is an important age,” he says. “I had no experience – and I had to adapt quickly.”

During infantry training, he showed clear leadership skills – and was accelerated through the process. Within seven months, he was part of the Queen’s Company, the Grenadier Guards regiment. And a year after that, he found himself in Afghanistan as part of Operation Herrick.

“It was tough,” he says. “I wasn’t there long before I witnessed a loss of life: Lance Sergeant David Greenhalgh. It was about six o’clock in the morning, and I was on a guard post. It was cold, even for Afghanistan standards, and so Lance Sergeant Greenhalgh kindly made me a cup of tea. Ten minutes later, he was dead. It was catastrophic. Just to think, the very last thing he did was to make me a cup of tea – and moments later, I saw the dust cloud. For a young teenager, that was a lot to take.”

Alasan spent six and a half months on his first tour of Afghanistan, and in 2012, on his return to the country, the armoured vehicle he was travelling in hit an improvised explosive device (IED). His injuries were severe – and the journey to recovery was painfully long, and he would go on to have nine surgical procedures within the space of five years.

In 2014, he was medically discharged as a result of the complexities relating to his injury in Afghanistan.

“I was in a really dark place. The consultant surgeon had doubts about whether I could walk again. And I had doubts about whether I could do anything with my life again. For four years, I couldn’t have any footwear on my right foot, and I had to walk with crutches. It was mentally and physically draining. Life was so bad, it was almost unbelievable.

“But I always had in the back of my mind that my journey was yet to start – that this is not the end of me. For whatever reason, I thought this was just a phase in life, so I picked myself up to go to university.”

With medication, Alasan began to overcome the pain – and embraced life at The University of Warwick, where he had started an International Relations and Politics degree.

“I was turning the corner,” he says, “and then I got the worst news of my life. I lost my mother and my brother, on the same day, within forty-five minutes of each other.”

A night before the tragic loss, Alasan says he enjoyed an hour-long conversation on the phone with his mother from her residence in The Gambia. During the conversation, he caught up with his brother and his family.

“I still vividly remember the jokes and laughter we happily shared on the phone on that fateful night,” he says. “I went to bed very happy, only for me to wake up to the news that my brother, Sulayman, died in his sleep, and my mother also died 45 minutes later from the underlying blood pressure complications she was suffering from.

“I sat in my flat in London, and a lot was going through my mind,” he says. “My mother was someone I wanted to impress with everything I do, and now she wasn’t around. I got in the shower and I thought, ‘why do I even need to live anymore?’

“But there was something in me pushing me on. I thought – no, my mum would still want me to succeed in life. I have a purpose, and I want to honour that – and honour her.”

Launching a business in The Gambia

This change of mindset sparked a thrilling series of successes.

Alasan kicked on with a business venture he had started in The Gambia. After decades of military rule, the country found itself in a new democratic environment, with new opportunities.

“I saw an opportunity in the food and commodity import and export business – one that could create growth in Gambia,” he says.

He founded Rahma Gambia Limited in 2018, a socially responsible importation and production agro-commodity business passionate about alleviating the financial burden of food in The Gambia and creating job opportunities in the country.

“Rahma was actually my mum’s name, so the business is in her honour and memory.

“The company brings diverse food products to the market in Rahma private label. We do essential food commodities in West Africa such as rice, cooking oil, sugar and so on.  I noticed that importers dumped these kinds of products in the country, which are sold to the distributors, who then sell it to the shopkeepers. So I thought this doesn’t look right – there’s a huge amount of money in this industry, but it’s not filtering and it’s not creating employment.

“I wanted to make a difference. So I bring in the bulk cargo, it’s packaged within Gambia, and then distributed across the whole country. By cutting out the middleman, I save the average Gambian two or three dollars on purchases. Gambia has some of the poorest people in the world – so removing the extra unnecessary cost on their goods makes a big difference.

“And there’s so much we can develop from here too. There’s no local production of condiments, like mayonnaise, tomato paste, ketchup, mustard, and so on. Not a single company that is doing it. So now that is my focus – to set up local industries, create self-reliance, growth. It’s not complicated to do – and you have over 400 million people in West Africa to sell your goods to!”

An entrepreneur at Cambridge

Rahma now employs over 51 people, all based in The Gambia, and Rahma food label is found in several West African countries. Yet Alasan is already moving into new areas.

His next step is to set up RahmaTech, a social enterprise start-up that will provide smart technology tutoring and education and remedial to elderly and the less abled – globally.

“I’m very surprised that there is nothing like this out there already. There is a massive digital divide between younger and older generations – so there is a real need for education and community outreach. It will be a challenge, but I want to help change that.”

A natural entrepreneur, his activities have taken him everywhere from the G20 Finance Ministers and Central Bank Governors events – where he saw Kwasi Kwarteng’s final speech as UK Chancellor – to meetings with the United States Secretary of the Treasury, Janet Yellen.

His course at Cambridge is helping to advance his ambitions: the Master of Studies (MSt) in Entrepreneurship is a two-year, research-based programme at the Judge Business School.

“The course provides the concepts, conversations, and connections that are so useful for me to develop my businesses – and make a difference to communities not only in Gambia and West Africa, but globally.”

Two businesses and a Cambridge course may seem like a lot to take on, but Alasan says it’s all possible with the right mindset: “It can’t be any worse than fighting on the front line!”

You can find out more about studying at Wolfson College as a postgraduate on our website.

And you can read about the MSt in Entrepreneurship at the Cambridge Judge Business School on their website. 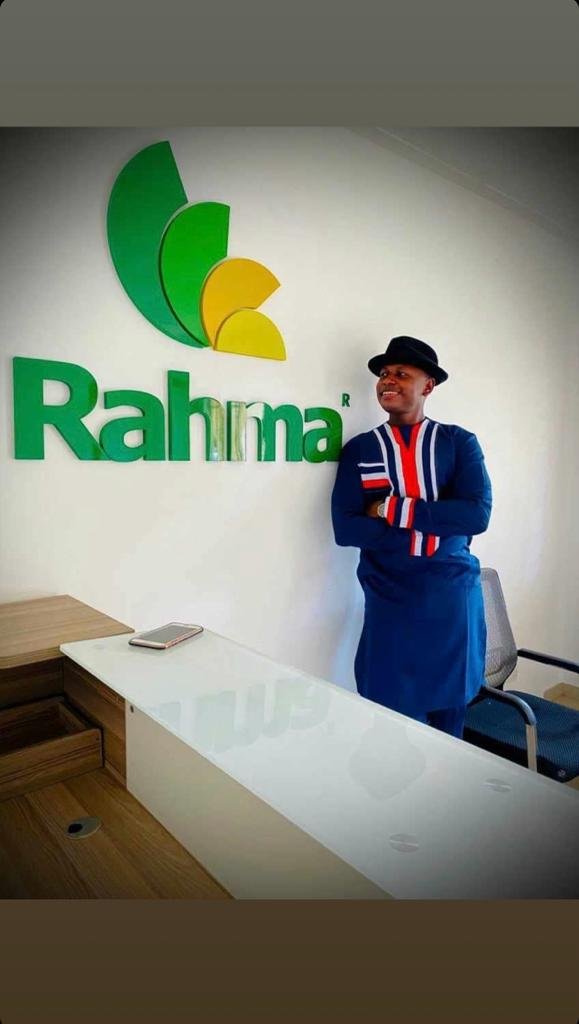 The Rahma business is named after Alasan's mother 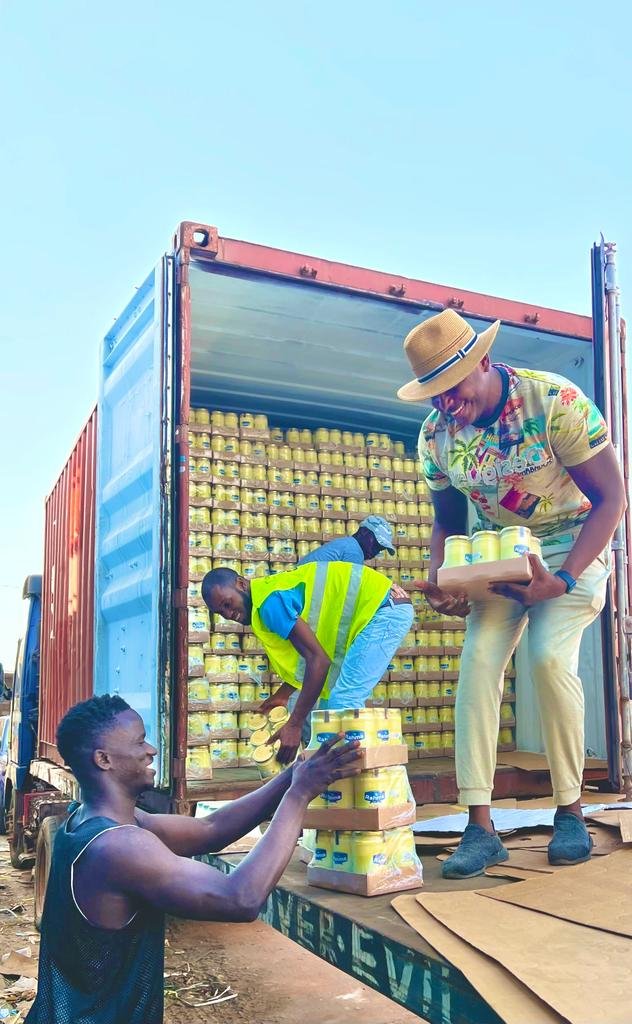 Alasan unloading products in The Gambia 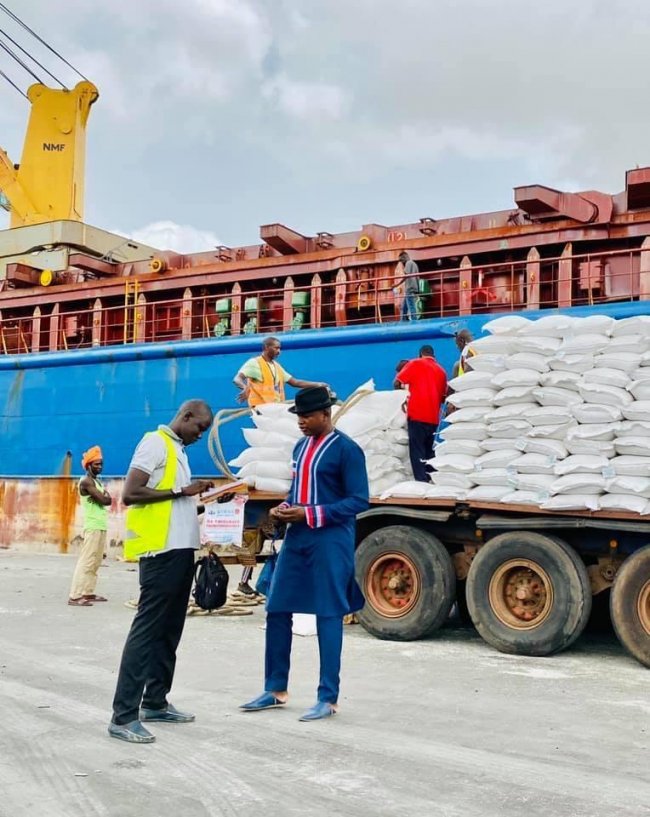 Alasan saw an opportunity to develop growth in The Gambia