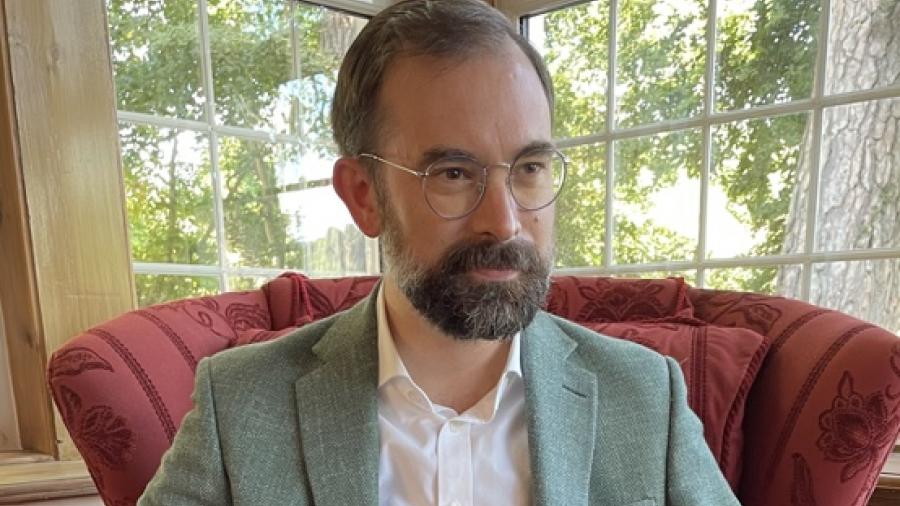 Wolfson Junior Research Fellow, Dr William Simpson, has been awarded the Cardinal Mercier Prize 2021 for his thesis, ‘What’s the matter? Toward a neo-Aristotelian Ontology of Nature’.

The prestigious prize – formerly won by John F. Wippel in 1981 and Nicholas Rescher in 2005 – is given for monographs related to metaphysics, ‘first’ philosophy or ontology, in their relation to the contemporary world.

“I was delighted to learn – on my birthday, as it happens – that I had been awarded the Cardinal Mercier Prize in philosophy,” said Dr Simpson. “I was humbled too, when I reflected upon the careers of a number of scholars who have been awarded this prize in the past.

“And I was deeply encouraged to see my work being appreciated by fellow philosophers, as I recalled my decision to switch from physics to philosophy in pursuing my conviction that contemporary philosophy of science needs Aristotle’s philosophy of nature (against the advice of those who found such ideas philosophically taboo).

“I hope this award will also be an encouragement to others seeking to develop ‘neo-Aristotelian’ perspectives on the philosophy of nature, as well as those seeking to transform our behaviour toward nature by transforming our thinking about nature. There is much to be done.”

The prize is jointly awarded by The Institut Supérieurde Philosophie (ISP) of UC Louvain, and the Hoger Instituut Voor Wijsbegeerte(HIW) of KU Leuven.

This is the second international prize that William Simpson has been awarded for his work on the philosophy of nature and the metaphysics of quantum mechanics. Previously, he won an Expanded Reason Award in 2020, which was jointly awarded by Universidad Francisco de Vitoria and The Joseph Ratzinger/Benedict XVI Vatican Foundation.

William is currently a Junior Research Fellow in Philosophy, Theology, Religion and the Philosophy of Religion.

You can read our interview with Dr Simpson talking about his work on our News page, and you can download papers by Dr Simpson on his academia.edu page.

You can find out more about the Junior Research Fellowship competition on our website.