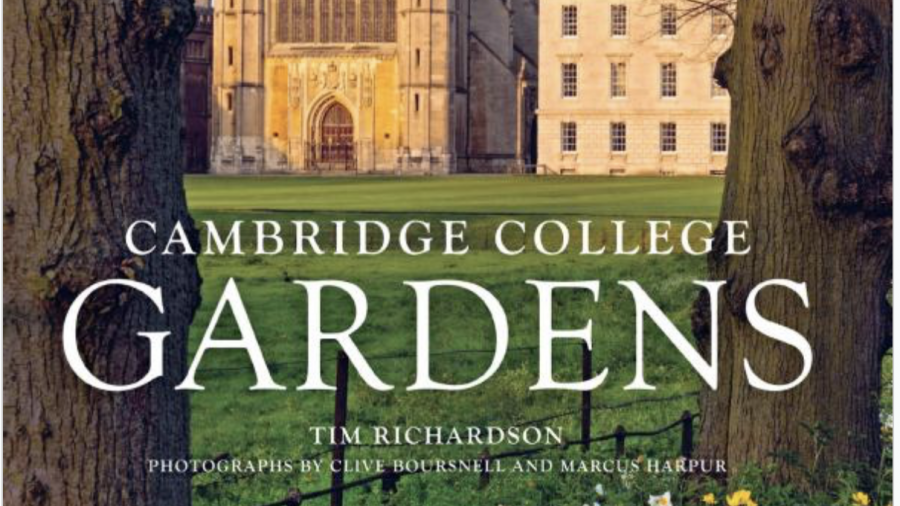 The College garden is described as "one of the most rewarding for the garden-minded".

At a book launch at Heffer's bookstore last night, photographer Clive Boursnell described the moment early on a misty day when he had come to photograph the Wolfson gardens. Head Gardener Phil Stigwood had brought him a cup of tea and was showing him around.

"Phil was talking to me about the plants and the combinations and we walked around a corner into the Winter Garden. It was such a 'Wow!' moment that I asked him to stop talking so I could take it all in!"

Author Tim Richardson reviews 27 college gardens in the book and he does more than just talk about the plants. After spending time looking into each garden's history and consulting librarians and archivists — including our own Frieda Midgeley — he tells a detailed story about each garden, tracing its origins and the people who have influenced them over time. Each is accompanied by photographs, many of them taken during the 'golden hours' of early morning or evening by Boursnell and the late Marcus Harpur, a renowned garden photographer who sadly passed away before the book could be completed.

The book is filled with fascinating insights. Of the development of the Wolfson site Richardson says, "The college was greatly expanded around Bredon House in the 1970s with little thought for its gardening possibilities." He reveals the architectural decision that was made to absorb Bredon House into East Court and surround it with the modern main building and accommodation blocks. The result that "its Arts and Crafts architecture does not relate successfully to the surrounding modernism" despite the fact that the then Fellows contracted a series of low walls around the grounds so that "gowned fellows clutching glass of sherry while wandering around before dinner" could gauge which brick might be best suited to integrate the buildings.

Of Wolfson's gardens today he says, "Nowadays the whole college is one continuous garden experience" curated by "plant-obsessed" Phil Stigwood. He singles out the Winter Garden and the Sundial Garden as particularly fine, calling the former "the head gardener's playground" and the latter as a student favourite where "thanks to careful planning the long southern border performs remarkably well through late autumn and into winter, and is one of the best examples of all-season planting in the Cambridge colleges."

Phil and his team have much to be proud of in Richardson's assessment of the Wolfson gardens. The book is on sale for £26.

“The future of football is more exciting thanks to the Lionesses!” Women’s captain Lucy Green reflects on a changing game