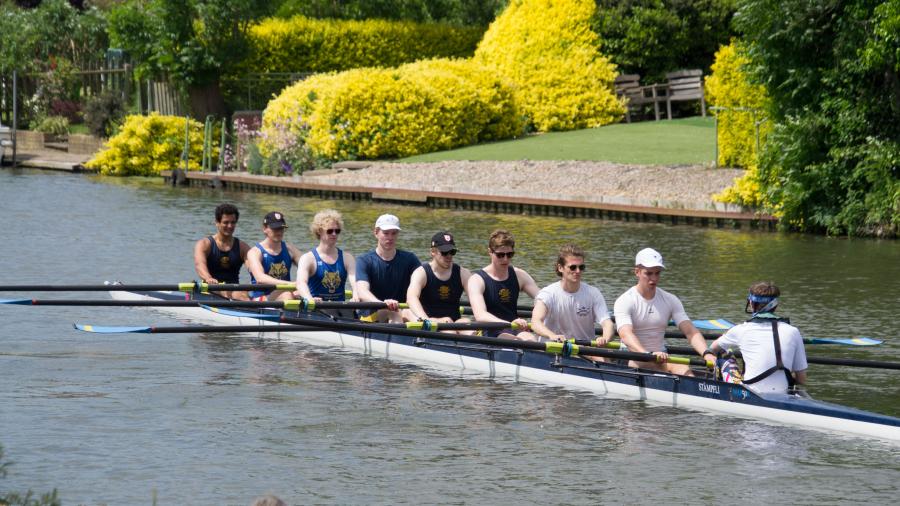 Very exciting travels are coming up for the Wolfson College Boat Club (WCBC)  - a team is headed to China today!

The men's crew will race at the 2018 Zhengzhou Longzi Lake University Rowing Regatta on 21 April, with both a 5,000-metre and a 300-metre race. Teams from the Amsterdam Student Rowing Club Nereus in the Netherlands and Northwestern University from Illinois, will also be participating in the Zhengzhou regatta, along with a number of other Chinese clubs that include Fenghe Sports and a team from Xidian University. This regatta is for men's teams only, but WCBC Captain Sonny Smart says they hope to hold a women's regatta later in the year.

Best of luck to the crew.