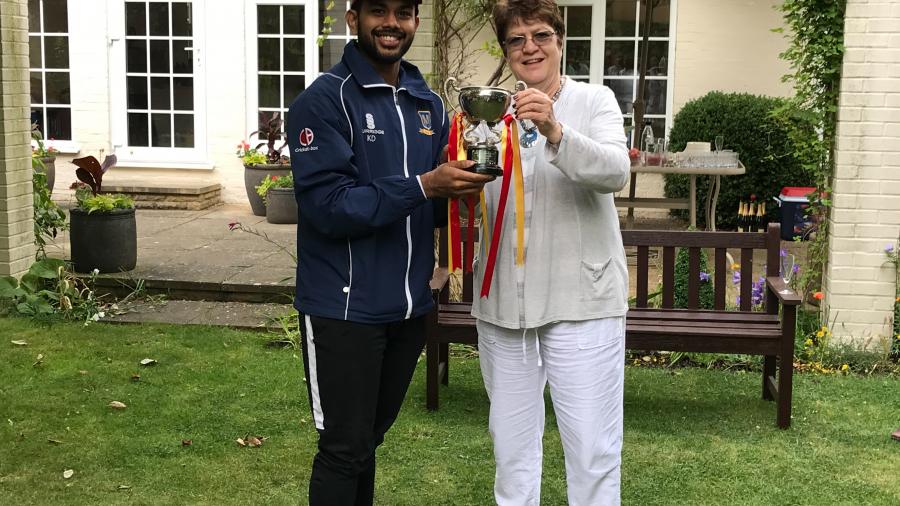 The annual cricket match between the President's XI team (composed of Fellows, staff and alumni) and the students was held at Downing Sports Ground on 9 June 2019.

On a bright and sunny afternoon, the President’s XI won the toss and asked the students to bat on the Downing pitch that was a little green. An early wicket for Pradeep Nathan proved to be a false dawn and when James Gillespie and Karthik Suresh put on 100 for the second wicket in 10 overs, the decision to ask the students to bat looked a little unwise. However, a drinks break revitalised the President’s XI and 3 wickets fell quickly in a single over from Karan Dossa.

Excellent ground fielding, especially from Robert Cashmore, restricted the students to a total of 161 for 6, an impressive total in 20 overs but perhaps not as many as might have been the expected given the midway point.

The President’s XI made a solid start with an excellent 30 from Sajeev Asok and 42 from Isuru Devendra. Despite the middle order hitting of former bursar, Chris Lawrence and Jyothish Soman, the tight bowling from the students left the President’s XI short of the required total and they ended their innings on 134 for 6. The students ably led by Kaustav Dutta, therefore, quite rightfully, were awarded the President’s cup with James Gillespie receiving the Man of the Match award.

Both teams expressed their gratitude to Colin Greenhalgh and Kevin Greenbank for their excellent umpiring and to the President for her post-match hospitality at the Lodge.

Thanks to Nick Wareham for the match report and Julian Siebert for the photos. 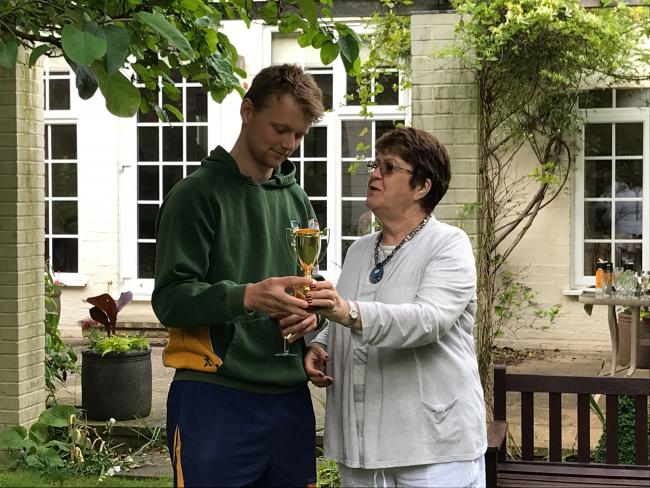 Presenting James Gillespie with the Man of the Match award 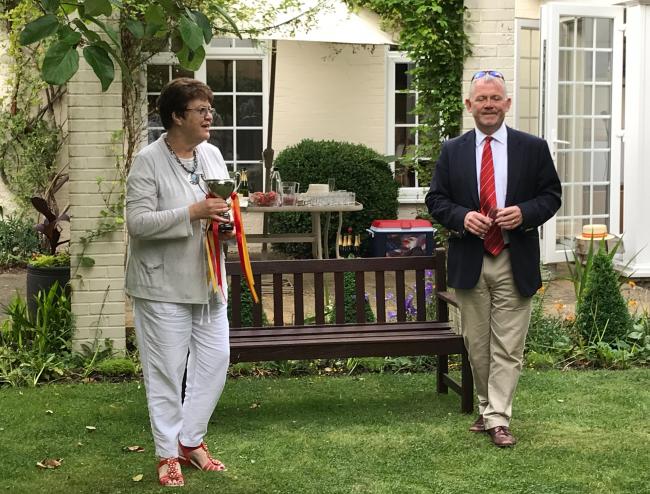 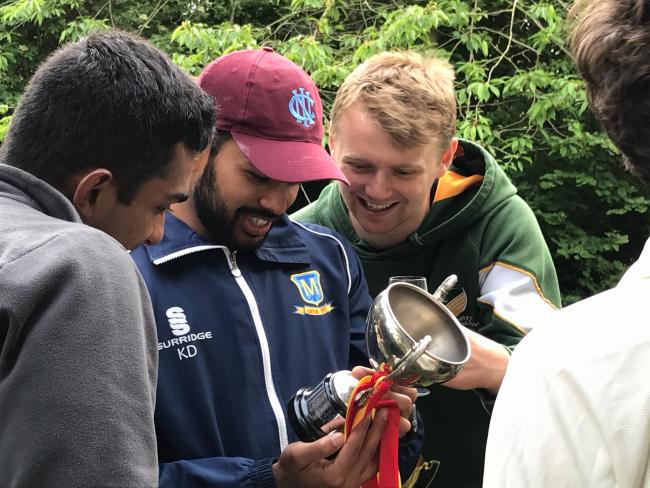 The students admire their trophy, which will be displayed in the Club Room 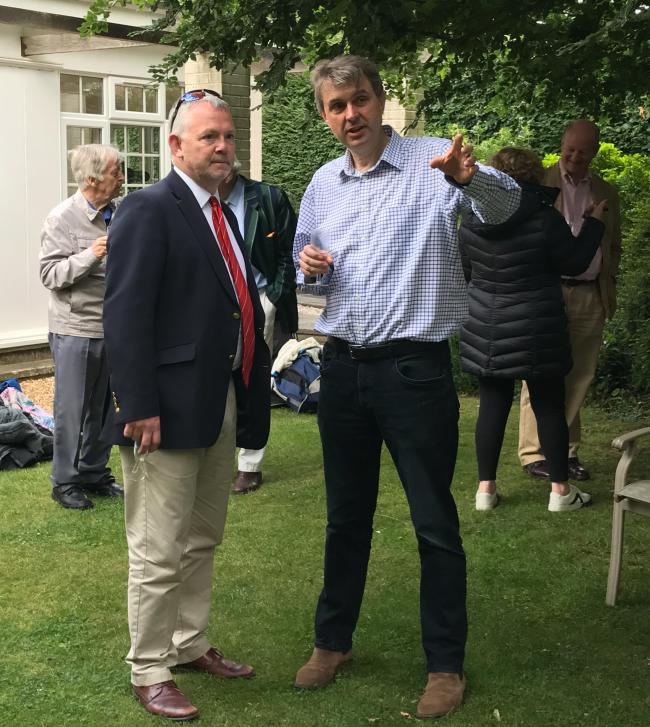 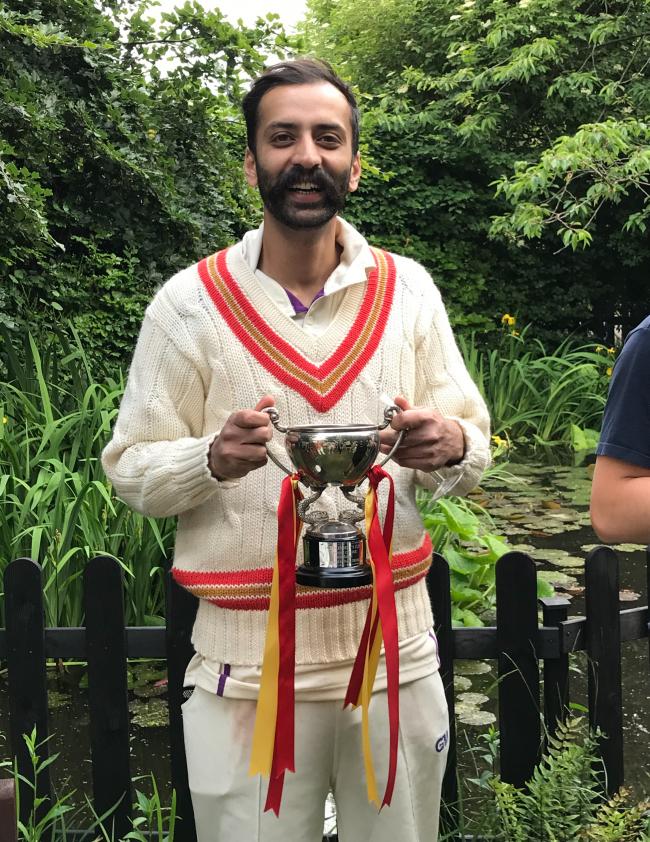 Student Mansoor Sadique with the cup and matching jumper 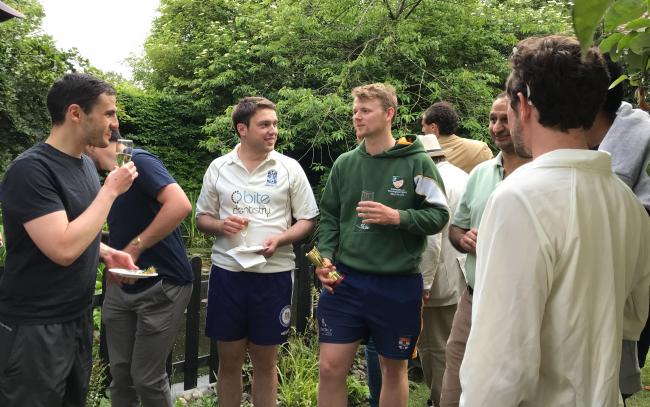 Relaxing at the President's Lodge 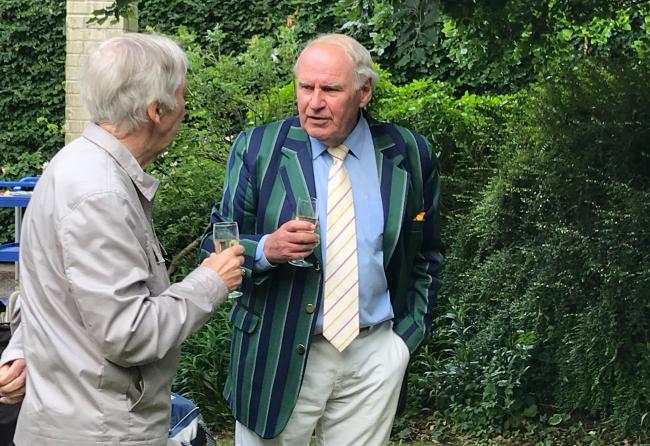