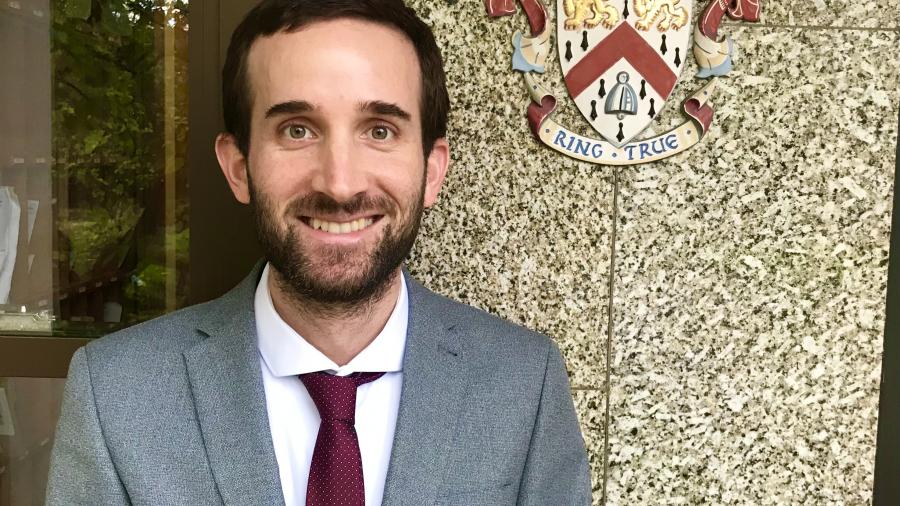 A new book by Dr Liron Shmilovits, Wolfson Fellow and Director of Studies of Law, has proposed a solution to “one of the most bizarre features of our legal system”: namely, ‘legal fictions’.

Legal fictions are falsehoods that the law knowingly relies upon: an assertion that is accepted as true for legal purposes, even though that assertion might be untrue.

A common example is ‘the doctrine of survival’: in a situation where two people die and it is impossible to determine who died first, a legal fiction is applied for the purposes of inheritance which states that the oldest of the two has died first, even though that might be untrue.

In the book, Legal Fictions in Private Law, Dr Shmilovits formulates an “acceptance test” for legal fictions, which provides a set of criteria to test whether any given legal fiction should be used or not. This new test is a practical tool for legal professionals to guide their use of legal fictions.

Following the recent publication of the book by Cambridge University Press, we spoke to Dr Shmilovits about legal fictions, their function, and how his book might constructively intervene in this curious area of law.

What is a legal fiction?

A legal fiction is a false assumption that the court knowingly relies on. We know it’s false but we apply it anyway. For example, there is a maxim in English law that ‘everybody knows the law’; hence, ignorance is no defence. Factually, however, it’s obvious that nobody knows all the law. So it’s a legal fiction: a false assumption the court knowingly relies on.

For the most part, legal fictions were created for reasons of convenience or justice. People wanted to reduce the cost and length of legal proceedings (convenience) or change the substance of the law to make it better – as they saw it (justice).

What are the pros and cons of legal fictions? Why was the philosopher and theoretical jurist Jeremy Bentham (1748-1832) so famously opposed to them?

Procedurally speaking, fictions could help simplify legal processes. In terms of substance, fictions were sometimes the only way to reform the law in the rigid conditions that characterised the old common law. Even today, fictions are sometimes used to drive change in the law. Moreover, fictions can be used to achieve a just outcome in a particular case when the ordinary rules seem to produce an unjust outcome. If you can’t change the rules, you change the facts…

Using fictions to solve problems has several disadvantages. They make the law a patchwork of ad-hoc solutions devoid of principle or theoretical clarity. Their creation is difficult to predict. They make the law less clear to laypeople and thus less reliable. It has also been argued that fictions don’t solve the fundamental problems but only treat the symptoms.

Bentham opposed fictions because, in his view, they symbolised all that was rotten in the common law of his day (1748-1832). Fictions, he said, made the law obscure, inaccessible, irrational, theoretically unsound and open to manipulation by judges. He argued that instead of using fictions everywhere we should adopt a transparent code – like in France – and even wrote one himself.

What view do you come to in your book? Should fictions remain, and if not, what might they be replaced by?

This is the big question I set out to answer. My answer is an acceptance test for fictions. The test takes the form of a flowchart. It tells us, based on a number of criteria, whether any fiction should be accepted or rejected. In the book, I develop this test step by step, identifying and justifying, with examples, the criteria in the flowchart.

This acceptance test reflects my conclusion that there is no sweeping answer that holds true for all fictions. We can’t say that all fictions should be go or that all should stay. If it were that simple, it would have been done already. The test is intended to achieve the right balance and give practical answers to specific questions.

As for replacing abolished fictions, the book offers alternatives to specific fictions. More generally, we can’t remove a fiction without thinking carefully about the alternative. This is why the acceptance test takes alternatives into account.

If legal fictions were to be changed, how easily could the system be reformed?

The large majority of the fictions I discuss are judge-made and judge-maintained. They are not mandated by Acts of Parliament. This means it is possible for judges to reform them – if they so desire. The level of difficulty of so doing varies from fiction to fiction. This is because some fictions are deeply entrenched and underlie parts of the law. Uprooting them would require a re-organisation or a re-conceptualisation of a part of the legal system. It would be a big enterprise. Other fictions are superficial patches that can be removed and replaced without greatly disturbing the rest of the system.

You previously studied law in Sydney - how do the legal environments of England and Australia differ?

England and Australia are both common law jurisdictions. Their legal systems are similar in substance and in form. In many respects, they are identical. It is very common for English and Australian judges to consider and rely on each other’s judgments. So there is a great deal of judicial ‘interaction’ between these independent legal systems. As a student who moved from one jurisdiction to the other, I found the transition to be smooth.

Having said that, it is undeniable that there are numerous small differences between the systems and also some major ones. The biggest differences are probably in the constitutional field because the UK and Australia have different constitutional structures.

You joined the College last year: why Wolfson? And what have you enjoyed most about being here?

Wolfson is a highly distinguished institution of higher learning so it is obvious that I should want to work here. In addition, the College boasts a large Law cohort and a fine legal tradition going back to Sir David Williams. My job enables me to teach, which I love; and also do research, which has allowed me to work on projects like this book.

I have enjoyed many things about Wolfson, not least my students and colleagues. The most distinctive Wolfson feature, in my view, is the easy and open interaction between Fellows and students. It is a true community of scholars – which is what a College is supposed to be.

What challenges or projects are you most excited about taking on next?

I am currently looking into an aspect of contract law called ‘lawful act duress’. Duress is a doctrine that allows parties to escape contracts that were induced by illegitimate threats (e.g. ‘sign here or I shoot’). ‘Lawful act duress’ is a sub-category of duress where the threat is to do something lawful (e.g. a threat to stop doing business with someone). The reason I find lawful act duress interesting is that the law says that you can’t rely on something that’s perfectly lawful.

My aim will be to understand why the courts consider some lawful threats to be legitimate and others illegitimate. The Supreme Court has recently ruled on this point in a fairly controversial case called Times Travel (UK) Ltd v Pakistan International Airlines Corporation. In this case, our highest court adopted a narrow interpretation of lawful act duress (i.e. upholding the contract despite the threats). So it’s a hot topic and I’m excited to come to grips with it.

You can read Dr Shmilovits's profile on our People page. 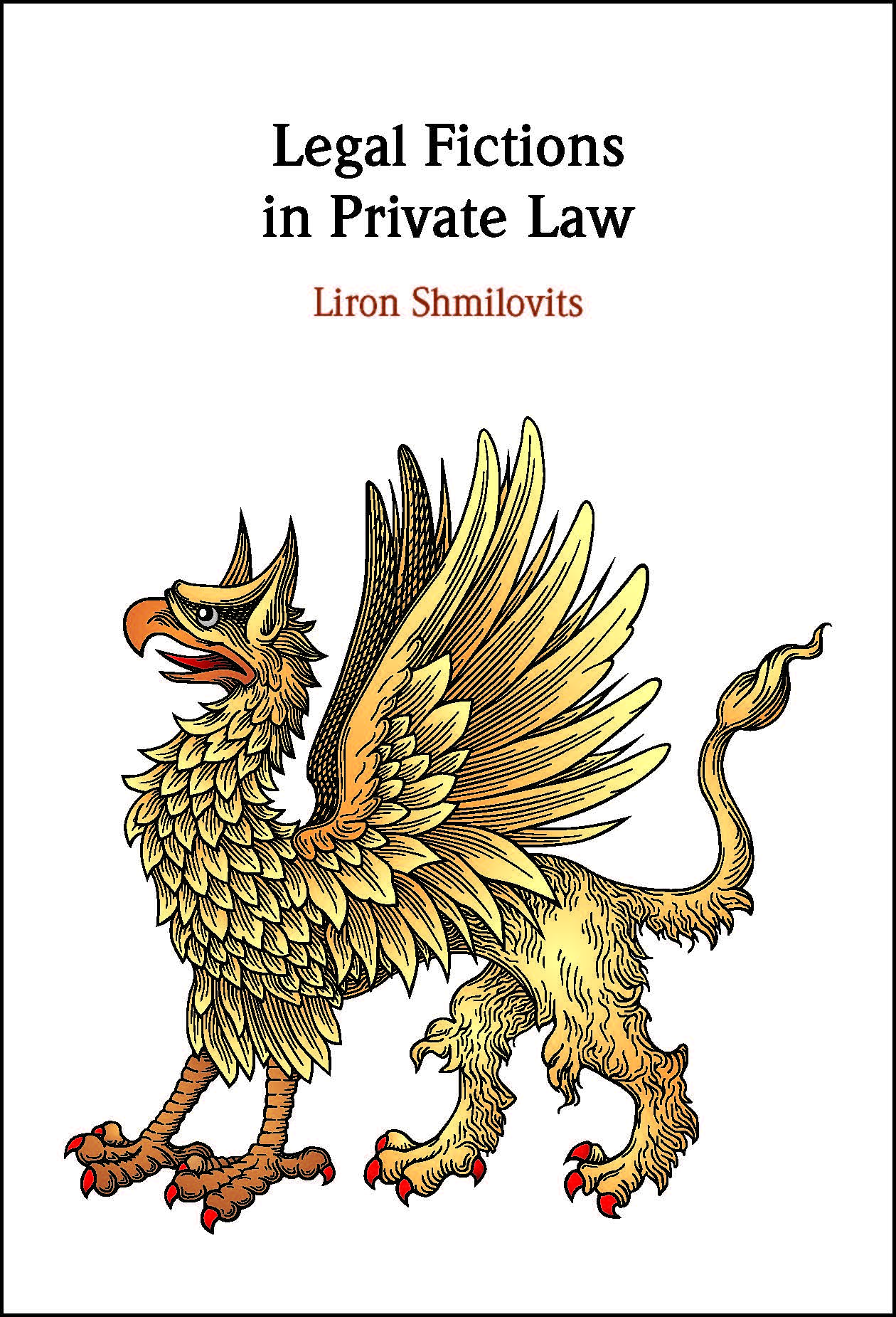