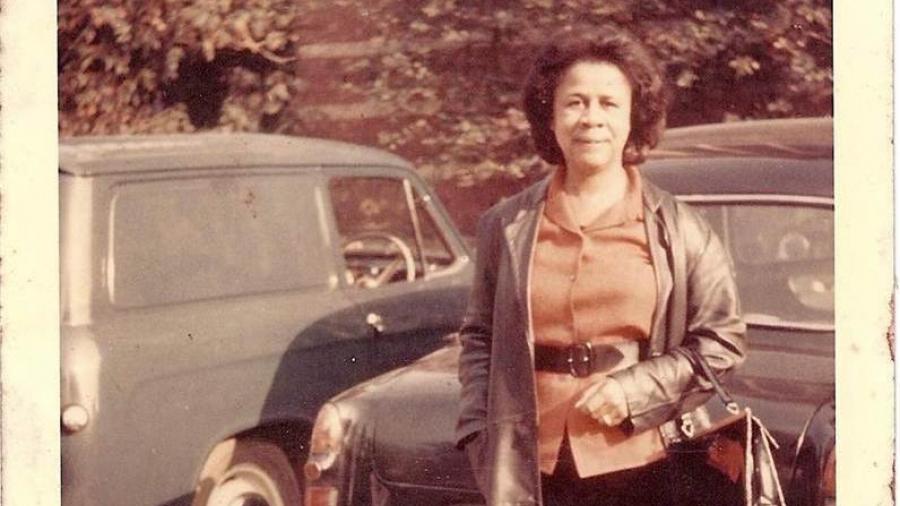 Marie Battle Singer led a quite extraordinary life. A black American born in 1910 during the Jim Crow era in the Deep South, she fled to England in 1948 and became Britain’s first black psychoanalyst. It’s a remarkable story that is nonetheless largely unknown.

Professors Jane Rhodes and Lynn Hudson are undoubtedly going to change that. Rhodes, Professor and Head of the Department of Black Studies, and Hudson, Associate Professor in the Department of History, both at the University of Illinois in Chicago, are in the midst of a biography of Singer. On Wednesday, coinciding with Women’s History Month, they’ll deliver a talk about her life as part of Wolfson’s Let’s Talk About Race and Racism initiative.

As well as creating a lasting legacy in psychotherapy in Britain, Singer was an artist praised by expressionist painter Oskar Kokoshka, a part-time columnist for The Observer, a lecturer and counsellor at Cambridge and Eton, and a lively and iconoclastic socialite who would marry the Scottish poet, James Burns Singer.

Singer’s life and legacy might nonetheless have remained, like many migrant stories, in the shadows, were it not for a propitious family connection: Professor Rhodes is Singer’s niece.

“I heard about her growing up,” says Rhodes, “I met her a few times when I was a kid. I came to England once when I was 19, my first trip abroad, to visit her with my mother. But then she passed away, so I didn’t have much of a relationship with her. But she was there, in the background of my memory and family memory.

“After she died, her papers were distributed between my mother and my other aunt back in the US. Like most family papers and things, they were in closets and basements, tucked away.”

Eventually, in the mid-90s, Rhodes and Hudson began sorting and reviewing the family archive with a view to beginning a biographical project. And as soon as they started interviewing people about Singer’s life, they began to unearth more and more remarkable biographical details.

“Jane had certain memories of Marie, and family folklore,” says Hudson, “but when we started doing interviews with people in England they said, ‘well, she was the first black psychoanalyst in the UK! This is a really important story you need to tell.’”

Singer trained at Anna Freud’s child psychotherapy training program in London and remained a friend and correspondent with Freud throughout her professional life. Rhodes and Hudson not only interviewed Singer’s colleagues from Anna Freud’s school, they made numerous research trips to England to interview colleagues and friends of Singer’s from Cambridge, London, Suffolk, and elsewhere in the UK, many of whom are now in their 80s and 90s.

After spotting that Jane had given a talk on Marie, The Black, African and Asian Therapy Network invited them to a seminar. “When we went to that meeting in London, they knew who she was. And they were amazed that we didn’t know how important she was,” says Hudson.

“That’s our job,” says Rhodes, “to make her more visible.”

“She spent a lifetime fleeing from racism”

Singer was nearly forty when she came to Britain, after experiencing decades of racism, segregation, and discrimination in the US. Though she had a Masters in social work, the kind of opportunities and jobs one would expect to find with that level of qualification were closed to her in America.

Rhodes knew of the danger from family history: “She spent a lifetime fleeing from racism, fleeing racial violence: the family experienced racial violence in Mississippi, there was a lynching at the school that my grandfather ran. And so they moved north, and while there’s not a daily threat of violence, there’s still an overlay of constant discrimination, segregation, and lack of opportunity. She got fed up and decided to open up the world.”

Arriving in Britain, Singer encountered a different kind of racism, one that was more covert, and, for her at least, less destructive.

“Britain was a racially fraught environment too,” says Rhodes. “The post-war migration of blacks from Africa and the Caribbean is happening, but it was palpably different from the US. She knew the codes, the racial codes in Britain, and it didn’t thwart her in the ways that it thwarted her in the US. She was American, and well-educated, and that helped her escape much of the virulent racism that black migrant labourers to Britain experienced.”

A meteoric rise in England

It wasn’t long after she arrived in London that Singer began to create her own meteoric social and professional mobility.

After studying with Anna Freud, Singer became part of a new movement that began to understand child and adolescent psychology in different terms. As a clinician, she worked in hospitals in London and at Addenbrookes in Cambridge. She had her own practice on Harley Street in London and saw patients on Little St. Mary’s Lane, her home in Cambridge, both of which were very successful.

Along with her husband, James Singer, she also became part of a literary and artistic social scene, which included the poets George Barker and Elizabeth Smart, the writer Kingsley Amis, and the Scottish artists Robert MacBryde and Robert Colquhoun.

“Unlike other expats who surrounded themselves with other Americans, other expats, Marie really immersed herself in British life and British culture,” says Rhodes. “It’s exhausting just looking at what she did! Every time we go on one research path, we get taken down quite a deep rabbit hole: the literary world, the psychoanalytic world; she was an artist. At a certain point, we have to just stop.”

Singer was certainly a woman who gave herself the freedom to live far beyond the limits her environment had set for her. As they planned this week’s Wolfson talk, Rhodes and Hudson said their biggest challenge was simply deciding what aspects of this vivid and multicoloured life to leave out.

You can register for the talk on the Events page.