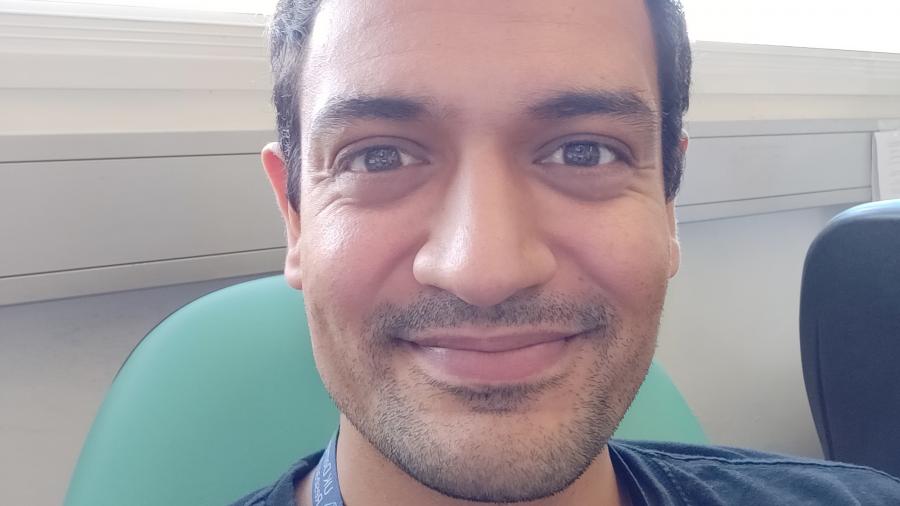 Wolfson PhD student Dr Dhruv Panchal (M.2016) has been working in local hospitals from A&E to the COVID wards, but he is looking forward to finishing his research on what he calls “a silent pandemic”.

By studying the brains of hibernating animals, the neurologist (he became an MD before starting his PhD) has been studying innovative ways of treating dementia by trying to reconnect neurons that fall apart due to the disease.

Most studies into dementia focus on removing the sticky proteins in the brain thought to cause the gradual deterioration of memory and cognitive function characteristic of the disease, but Dhruv is looking at whether lost brain connections themselves could be re-established. His supervisor, Professor Giovanna Mallucci, discovered how hibernating animals cool to protect their brains. In order to conserve energy, their neural connections disassemble during hibernation and then reassemble when they awaken. She and her research team discovered a ‘cold shock’ protein, RBM3, that aids in the process of reforming these broken neural connections.

Dhruv’s research continues this work. He says, “It turns out that if you put mice with dementia in a fridge, they get better.” It is also possible to activate the protein by injecting a virus. Both these methods present ethical and practical issues in humans, so “the ideal goal would be to find a drug that activates this repair process but without the risks of cooling. I think I’ve done that; I’ve found a ‘thermostat’ on the nerve cell that can be tricked by a drug into thinking it is cold, and start off the reparative process.” The drug was tested in mice, restoring their brain connections and lengthening their lifespan. “It was a nice result,” says Dhruv.

“50 million people worldwide suffer with dementia right now and this number is estimated to triple in the next 30 years,” explains Dhruv. “I thought I’d have a go at helping out.” An award from the Cambridge Society for the Application of Research (CSAR) a body that funds cutting edge research with real life uses, has recognised the important nature of his work.

Dhruv is in the Wellcome Trust PhD programme for Clinicians. He was notified of the award by the Senior Tutor, Dr Susan Larsen, while he was waiting for some experiments to run. After completing a simple application form, Dhruv was shortlisted and attended an interview before winning the award, which carries a £1000 prize. He encourages other students to apply; “It was a really easy application process, and it is open to all PhD students. There’s nothing to lose and a lot to gain.”

Dhruv is now keen to get back into his lab to complete his last few experiments. Once his PhD is finished, he hopes to continue this line of research, saying “the times you get a lead like this are so rare, it would be criminal to waste it.”

The CSAR are currently accepting applications for the 2021 awards.

Are we finally ready to bend the curve on obesity across the globe?