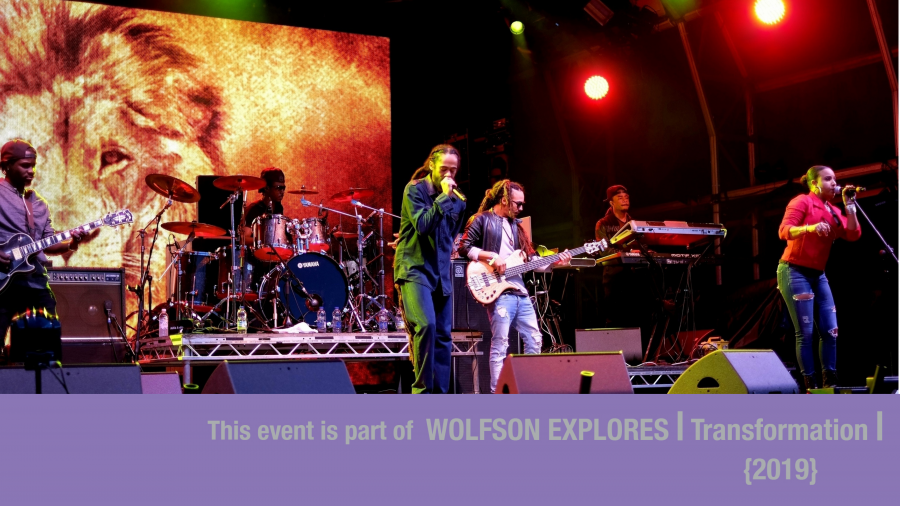 PLEASE NOTE THAT THE VENUE FOR THIS EVENT HAS CHANGED. IT WILL NOW BE HELD IN THE Gatsby Room. Reggae has both enhanced and  influenced the development of contemporary genres of music. However what is often ignored is the transformative effect that Reggae has had on British culture. This event brings together leading scholars to share their knowledge and experience of Reggae music.

Reggae Transformations will discuss matters relevant to popular culture, artistic performance, race and citizenship. This will be in keeping with Wolfson’s transformations initiative, and in line with the colleges long established ethos of diversity and inclusion. This promises to be an exciting and engaging event for academics and non-academics alike.

15.15-15.45 Thoughts on the Windrush Generations: the Black contribution to the British experience

In this highly interactive talk, Lez will take you on an audio visual journey of the Black experience in Britain, since the arrival from the Caribbean of the Empire Windrush in 1948. He will highlight many of the hidden struggles of Black people in the UK for equal rights and social justice, including the recent very public scandals that have shamed this Government by exposing how they use their whiteness to militate against African/Black people. He will also provide examples detailing the impact of black contributions to what is now regarded as contemporary British lifestyles and culture, beyond the realms of entertainment and fashion.

From acid house to jungle, grime to the new jazz UK club culture has been widely celebrated as a vital component of the UK creative economy and the soundtrack of Britain's multicultural cities. Often missing is the recognition that none of this would have been possible without reggae sound systems, which pioneered bass culture, provided the model for club culture and gave a voice to black British experience.

How Reggae music created an alternative public space within a politically hostile period of British history.

Dub poetry as a vehicle for transmitting key messages regarding the struggle for social and racial justice, had a brief but significant impact upon the black community in the late 70s and early 80s. A new questioning and positioning regarding the contemporary place of dub poetry in today's social media world needs to be explored

Kenny is an affiliated researcher at the University of Cambridge in the department of Sociology, a Visiting College Research Associate at Wolfson college, and a Lecturer in Criminology & Criminal Justice. His current research examines the ways in which music of Caribbean influence has incited the development of sub-cultures in Britain, and are commonly incubated within specific socio-political contexts. Kenny is the author of Black men in Britain: an ethnographic portrait of the post-Windrush generation, will be published by Routledge in October 2019.

Richard is a College Research Associate, Wolfson College and a lecturer in Media & Communications Studies at Loughborough University. Richard's research interests are primarily focused around the areas of black British vernacular and popular cultures.

Les is Professor of Sociology and Director of the Centre of Urban and Community Research at Goldsmiths College, University of London. His work focuses on the issues of race, racism and popular culture discussed within ethnographic research. He is the author of the Academic Diary: or why higher education still matters.

Lez is a Professor of Law & Criminology at the University of West London and is renowned as a public speaker. He has lectured nationally and internationally on behalf of various public and private institutions and has featured in numerous documentaries and current affairs television and radio programmes and has written and published extensively on many of the concerns of the African Diaspora in the UK.

Caspar Melville is lecturer at SOAS, University of London where he convenes the MA in Global Creative & Cultural Industries and is co-chair of the Centre for Creative Industries, Media and Screen Studies. Formerly he was  editor of New Humanist magazine, a music journalist and DJ. His history of the capital's club culture, It's a London Thing: How rare groove, acid house and jungle remapped the city will be published in November 2019 by Manchester University Press.

Dr Glynn is currently a lecturer in criminology and black studies at Birmingham City University and internationally renowned criminologist, educator, theatre director, and dramatist with over 35 years’ experience of working in criminal justice, public health, and educational settings. His new book Speaking Data and Telling Stories: Data Verbalization for Researchers’ is published by Routledge (2019) alongside being the founder member of ALGORHYTHM: Data Storytelling Lab. Dr Glynn has now been appointed a visiting research fellow at the University of the West Indies and the National Justice museum in Nottingham. 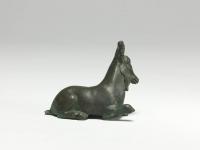 The Humanities Society arranges weekly talks (during term time) from various disciplines across the Humanities. The talks are open to anyone and free to attend.

Science Society - Of bounces and bangs: how much do we know about how our Universe's beginning

The Science Society arranges weekly talks (during term time) from various disciplines across the Sciences. The talks are open to anyone and free to attend.

Humanities Society - Historical fiction as anthropological technique: in the mind of an enslaved Melanesian

The Humanities Society arranges weekly talks (during term time) from various disciplines across the Humanities. The talks are open to anyone and free to attend.

Lunchtime Seminar - Border crossing in antiquity: on the acculturation, assimilation, and transmutation of symbols

Wolfson hosts a series of Lunchtime Seminars on most Wednesdays during full term. Feel free to bring your lunch tray from Hall and learn while you eat. Complimentary coffee and biscuits are provided.