Tyrell was Deputy Chief Executive of UCLES (now Cambridge Assessment) and Director of International Examinations. His publications include textbooks on tropical biology for Macmillan and editorship of the Cambridge Social Biology Topics for CUP. He was a Director of the International Extension College. 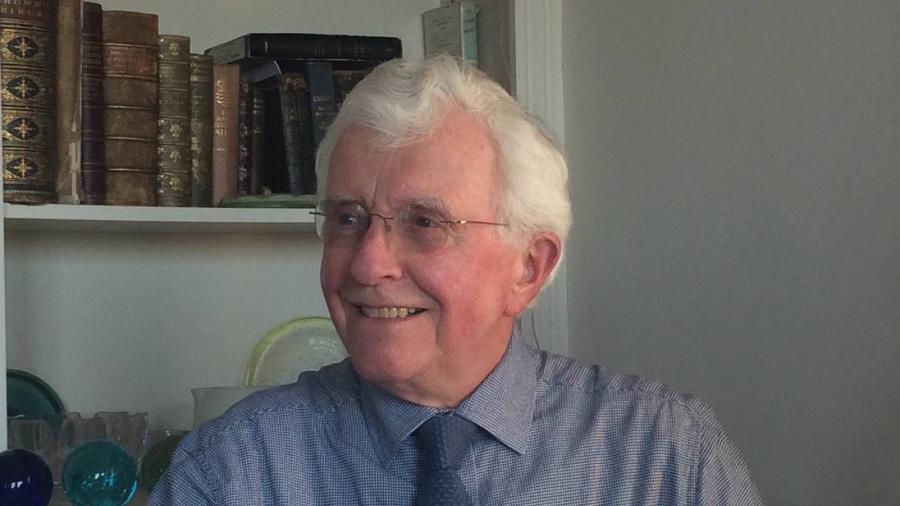 Following a BSc in Zoology from Wales and a PhD from Bristol, Tyrell’s first jobs were as Assistant Professor of Zoology at McGill University, Montreal, and then at UBC, Vancouver. During this time he undertook and supervised research on the interstitial fauna of coralline sand at the Bellaires Research Institute, Barbados. He also taught undergraduate and graduate courses in cell biology, histology and embryology.

Tyrell came to Cambridge in 1970 as the biology specialist at UCLES, and received his MA from Corpus Christi College. He was appointed Deputy Secretary of UCLES in1982. He travelled widely on behalf of UCLES in Europe, Africa, South-East Asia and the Americas. After retirement he spent ten years as consultant for Cambridge in North America, negotiating partnership agreements with Canadian and US Universities, and with State/Provincial Departments of Education. He was a visiting scholar at the University of Virginia for two terms during 2000-2001.

At Wolfson he has been Secretary and then President of the Society of Emeritus Fellows, and served on the Fellowship, Catering, and Statutes and Ordinances Committees.

For the University, he was Treasurer of the Cambridge Society (Alumni) and the Commonwealth Society.

Tyrell is an enthusiastic golfer and for twenty-five years was a regular member of the Cambridge Dons’ team in their annual match against the Oxford Dons. With Alfred Ramsey he won the inter-departmental golf competition three times and (with Don Wilson) the inter-college competition once on behalf of Wolfson.