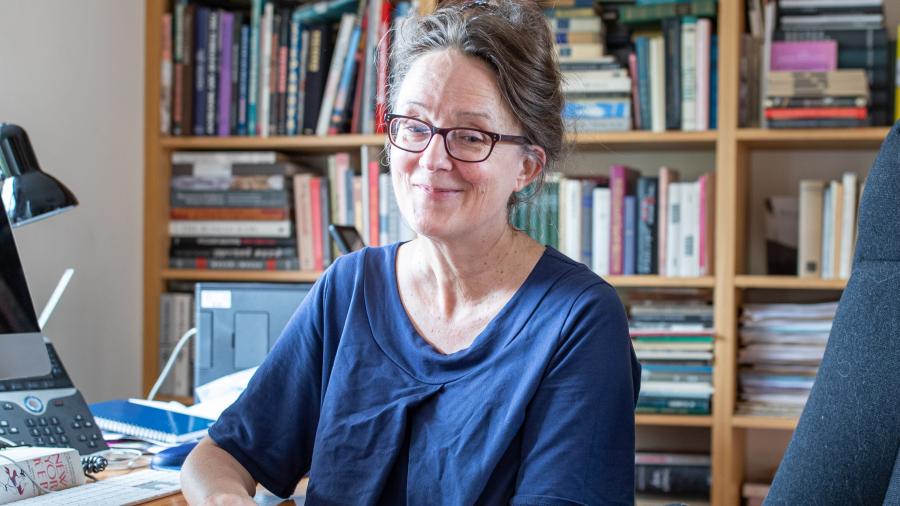 Susan joined Wolfson in September 2018. On arrival, she stated that she was"particularly delighted to be taking up this post in a College with such an impressive and longstanding commitment to inclusivity, equality and diversity. It will be an honour and a privilege to work with Wolfson’s lively community of students, staff and Fellows to advance the College’s educational goals".

Susan received her B.A. from Stanford University, with specialisations in English and Russian literature. She received her PhD in Slavic Languages and Literatures from Yale University, for a dissertation on theatricality in the work of Soviet novelist and playwright Mikhail Bulgakov. After teaching posts at Yale, the University of California (San Diego), Oberlin College, Pomona College and the University of Chicago, Susan moved in 2009 to Cambridge to join the Department of Slavonic Studies, where she is currently an Affiliated Lecturer, lecturing and supervising on a wide range of topics in Russian literature and cultural history from the 18th century to the present.

She has particular interests and expertise in film studies: she developed and continues to teach the University’s first undergraduate course devoted to Russian and Soviet cinema; with colleagues at Cambridge and in London she has organized a series of adventurous conferences and workshops with Russian film critics and film directors. In 2017 she received a Commendation for Innovative Teaching in the annual CUSU Student-led Teaching Awards. As a Fellow at Fitzwilliam College for the past eight years she served as Director of Studies in Modern Languages, Tutor, Fellow Communications Officer and, since September 2017, Acting Senior Tutor.

Her most recent publications explore the intersection of gender, ethnicity and national identity in contemporary Russian cinema, but she has also published articles on Russian theatre, pulp fiction for adolescents and late Soviet women's magazines. Her current book project is a study of girls' culture in Russia between 1764 and 1917.