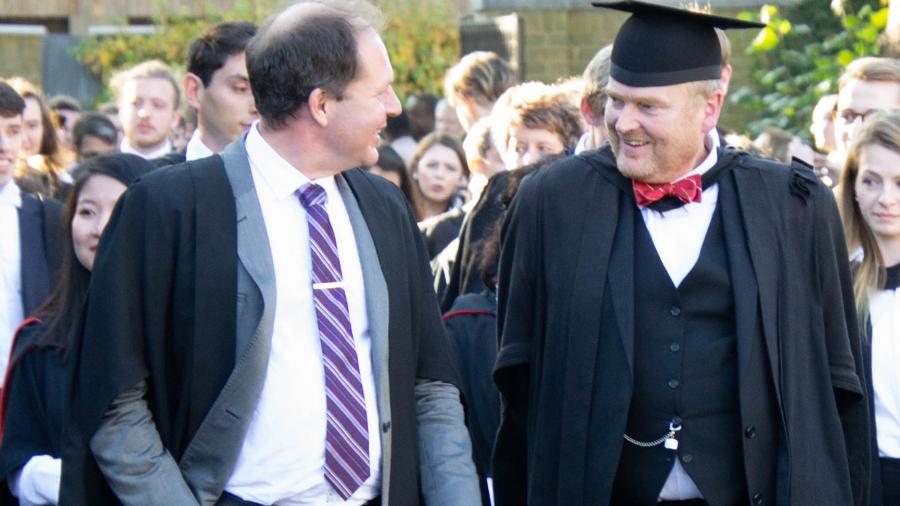 Following the successful completion of the student's course of study, it is the Praelector's responsibility on behalf of the College to present the student in the University Senate House for admission to their degree.David’s interests are in the efficient and effective provision, support, and delivery of IT-enabled services in the University of Cambridge’s School of Arts and Humanities.

Having previously worked in a number of diverse roles, David started work in the University as Computer Officer in the Faculty of Divinity in 2002, where his role has evolved into School IT Institution Manager. He splits his time between the Faculty and the School of Arts and Humanities Information Services (SAHIS) team, providing both practical provision, support, and delivery of IT-enabled services in the Faculty of Divinity, and strategic planning and thinking more widely in the School.

In January 2018 he became Wolfson’s Deputy Praelector, and Praelector from 1 October 2019.

Since 2011, David has been a Fellow of the Royal Society of the Arts, an organisation born of the 18th century Age of Enlightenment, and which aims to enrich society through ideas and action, and deliver 21st century Enlightenment.