The archive of the Trireme Trust, founded by our first President, John Morrison, is held at Wolfson College. 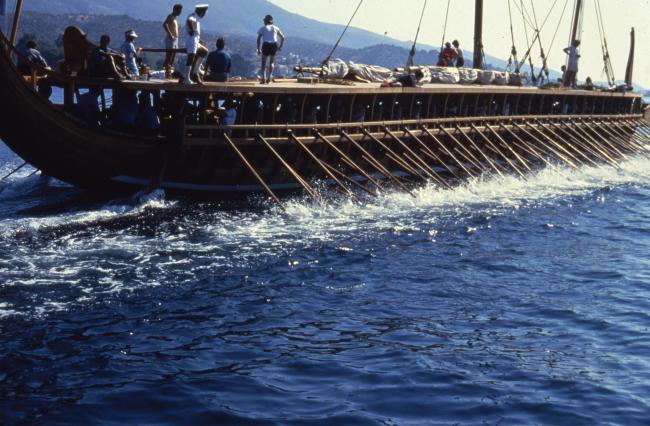 Our founding President, John Morrison, established the Trireme Trust in 1982 in order to pursue extensive and ground-breaking research into the ancient Greek Trireme, the most important warship of the ancient Mediterranean world. His collaboration with the naval architect John Coates and writer Frank Welsh resulted in the building and launch in 1987 by the Hellenic Navy of a full-scale reconstruction, the Olympias, powered in accordance with the ancient evidence by 170 oars arranged over three levels. A series of six sea-trials between 1987 and 1994 demonstrated that the ship could be rowed efficiently and fast, despite almost universal academic opinion that a three-level arrangement of oars was wholly impracticable.

From 1994 to 2017, the Trireme Trust was dedicated to disseminating information about the ship as widely as possible, through publications, lectures to schools and historical/archaeological societies, supply of photographic images, and television and press interviews, and to carrying out further research based on the sea-trials. The Trust has published all the sea trials undertaken between 1987 and 1994, together with a considerable body of further research based on the data produced by those trials; see most recently Trireme Olympias: The Final Report (Oxbow, Oxford, 2012), and the second edition of The Athenian Trireme (Cambridge University Press, 2000).

In 2017, the Council of the Trireme Trust decided, with considerable regret and reluctance, to wind up the Trust. Olympias was no longer structurally capable of being used for experimental sea-trials, even though she continues to be maintained by the Hellenic Navy, and still fulfils an important part of her intended role in educating the public about the ancient world, visited by thousands each year at the Battleship Averof Floating Naval Museum in Faliro, Greece. We are delighted that the Trireme Trust chose Wolfson College as the permanent home for their archive.

For further information, please search the catalogue or contact the Archivist. 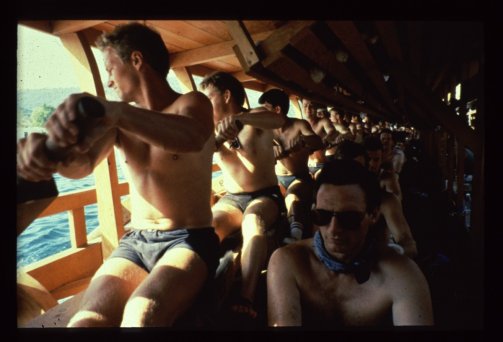