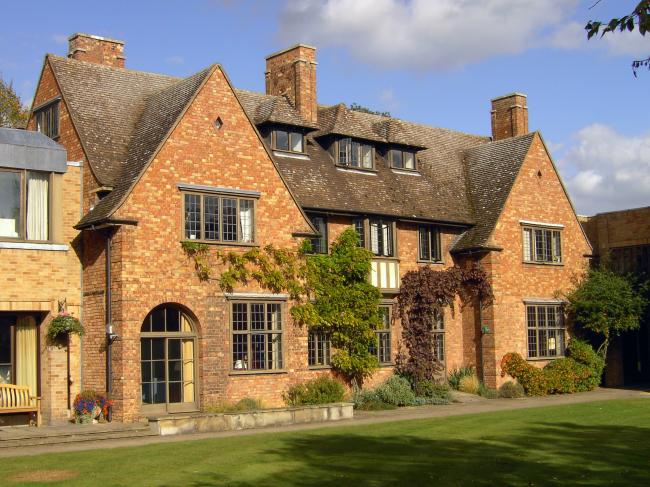 When the College was founded by the University in 1965, it had a single building, Bredon House, along with extensive gardens running from Selwyn Gardens to Barton Road. The University provided financial support for ten years, during which the College raised the funds to secure its future and develop the site. At its inception, the College was home to six students; today it is changing the lives of almost 800 postgraduates, mature undergraduates and part-time students. Bredon House has been at the heart of the College since its earliest days, and remains central to the College as it is today, and to its future.

This gallery charts the transformation of Bredon House from family home to the heart of Wolfson College, through images from the College Archives. 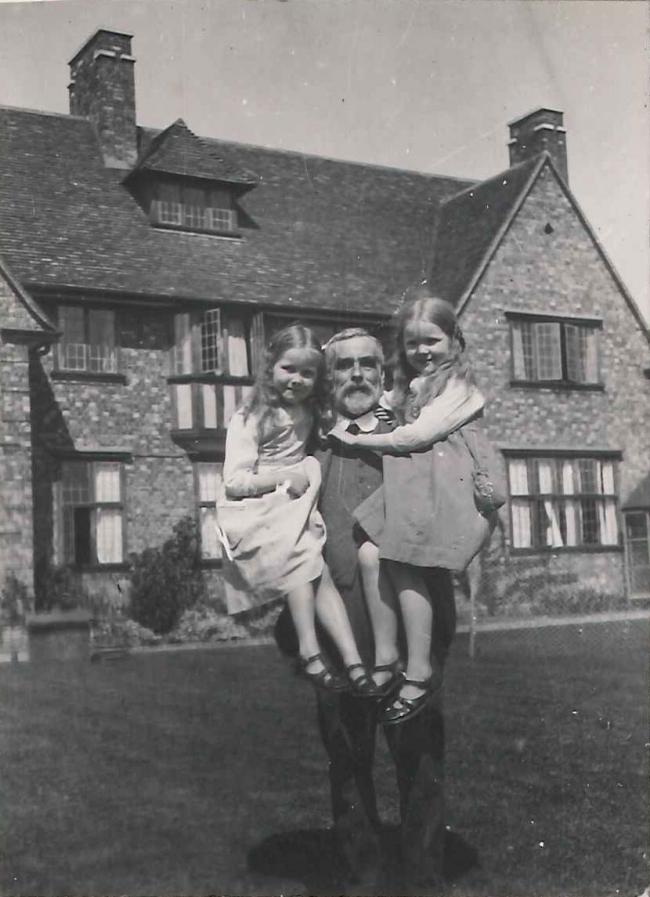 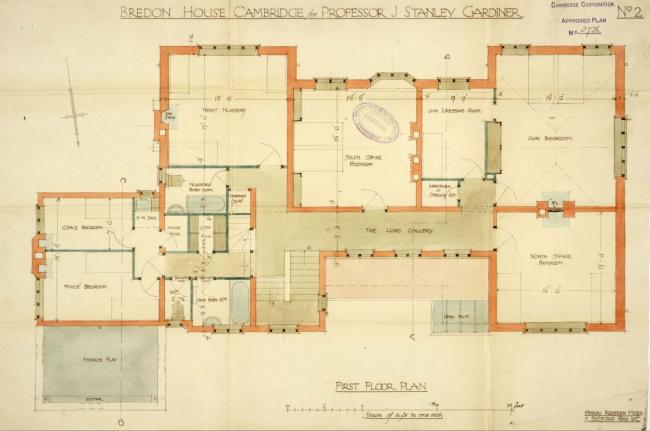 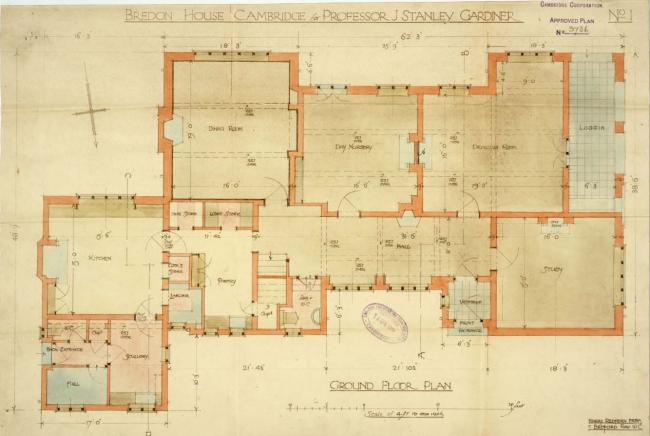 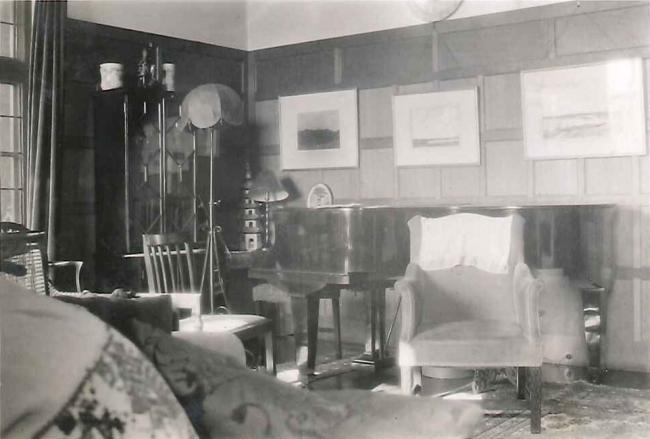 The drawing room of Bredon House when the Gardiners lived there The oak panelling in the drawing room will look very familiar to those who know Bredon House. Half of the Drawing Room is now incorporated into the Karen Spark Jones Room, and half into the Old Combination Room, which also takes in the former Day Nursery and Dining Room. (Photograph from the Gardiner Family Photograph Albums, Wolfson College Archives, with kind permission of Celia Haddon) 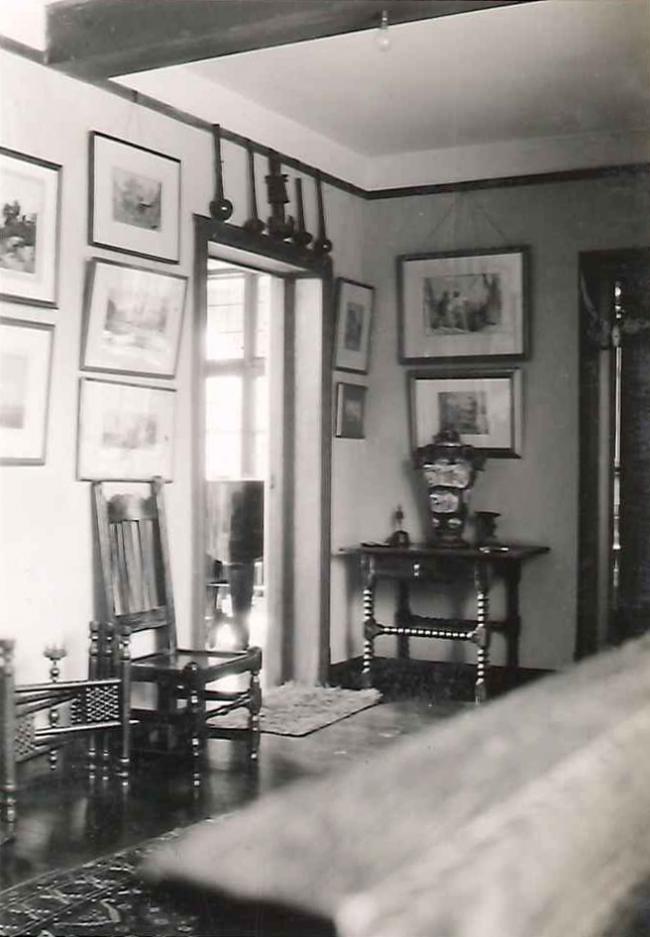 The hallway in Bredon House 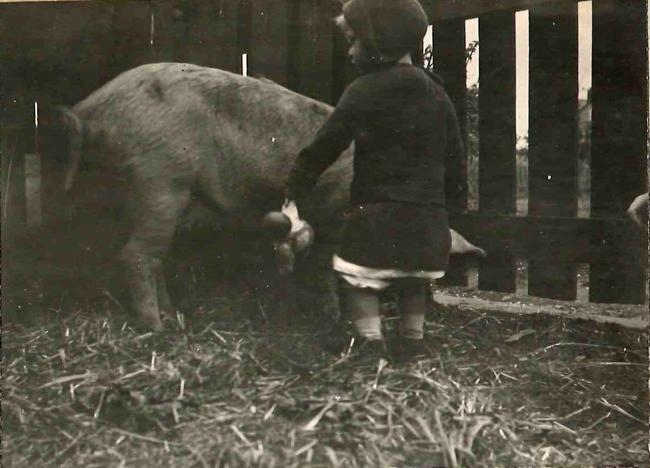 Keeping pigs for the war effort, 1914-1918 Edith Gardiner writes, 'The fiat had gone forth! We were to keep pigs. Had not the Board of Agriculture pronounced the disirability of true patriots' keeping animals for food? Our new house was almost ready for us, and the garden, as yet unplanted, would surely provide much for the sustinance of "food" animals...'' (From 'War Notes on the keeping of pigs', Gardiner Collection, Wolfson College Archives) 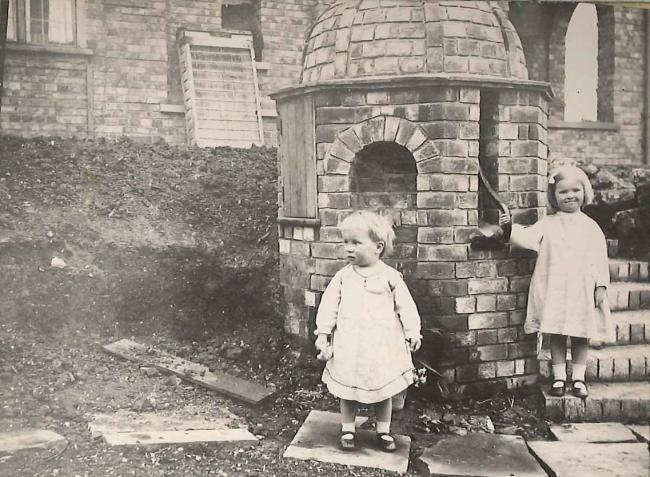 The rock garden under construction, May 1915 The Gardiners created a sunken rock garden on the west side of the house, where the Main Building now stands. The arches of the Loggia are now within the Karen Spark Jones Room. (From the Gardiner Family Photograph Albums, Wolfson College Archives, with kind permission of Celia Haddon). 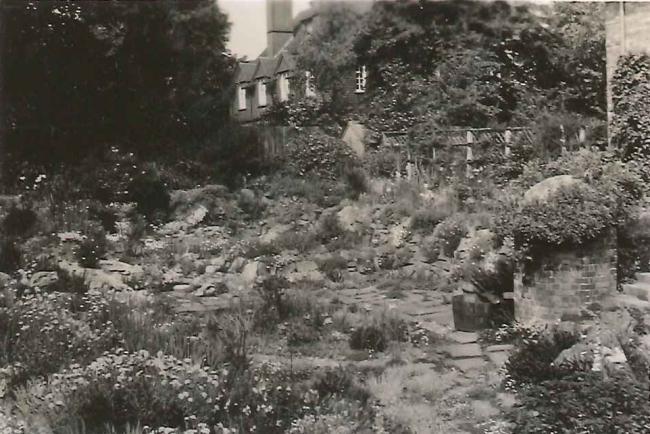 The rock garden in 1933 The rock garden in a more mature state in 1933, with 10 Selwyn Gardens in the background (from the Gardiner Family Photograph Albums, Wolfson College Archives, with kind permission of Celia Haddon). 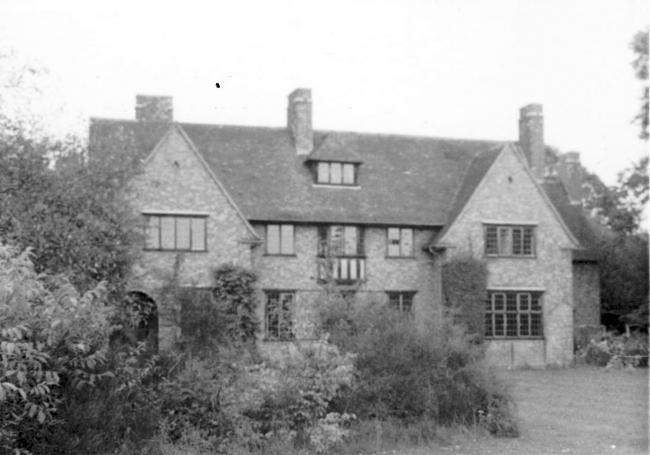 Bredon House in 1965/6 When the newly-established College was given the use of Bredon House in 1965, it made substantial alterations to the fabric to accommodate the functions of a college. The ground floor rooms were knocked through to create a large dining room; and the attics were converted into bed-sits with two additional dormer windows in the roof. 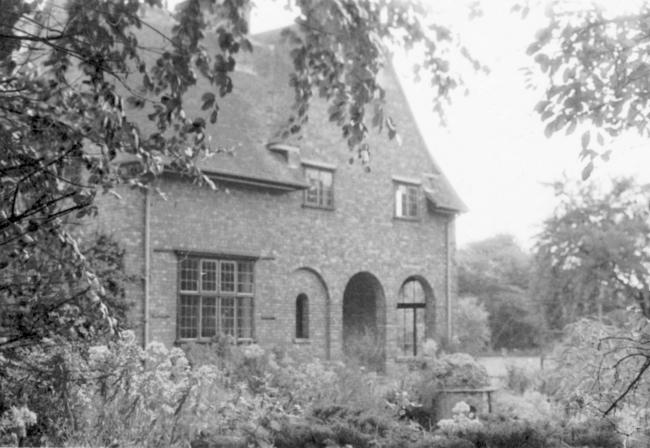 The sunken rock garden in 1965/6 This shows the western side of Bredon House as it was in 1965/6. The Main Building now adjoins it, and the arches of the loggia are incorporated into the Karen Spark Jones Room. 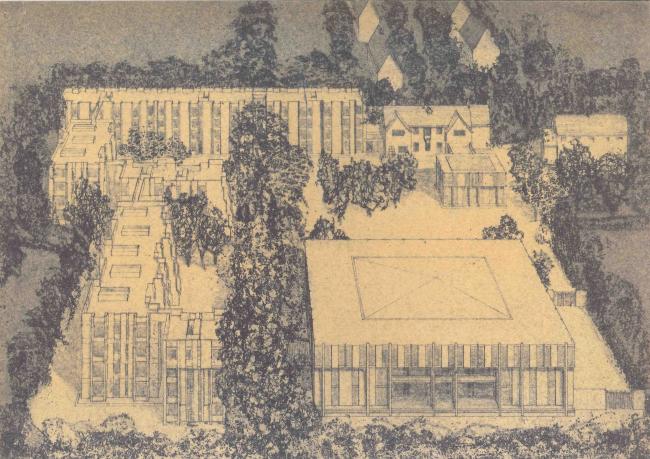 Architect's drawing of a proposed building scheme, 1970 Later plans incorporated Bredon House, but had to be adjusted to take account of the City Council’s planning policy for Barton Road, and restrictive covenants affecting the density of buildings on the site. (Image with kind permission of Ferrey & Mennim, York) 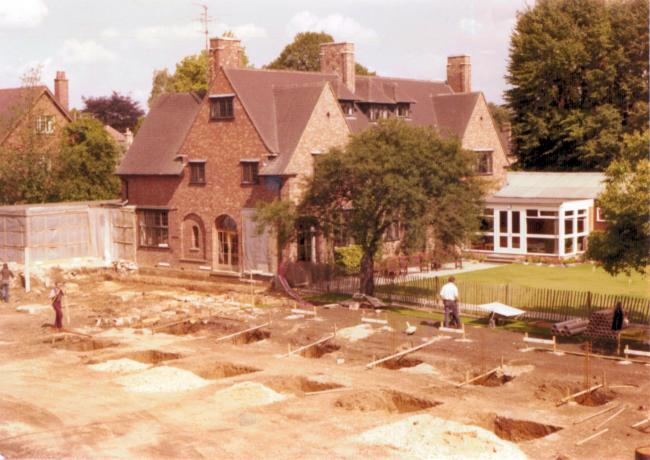 The footings for the Main Building, August 1974 The Wolfson benefaction in 1973 enabled the College to undertake the major development programme that provided the main building and additional residential accommodation. 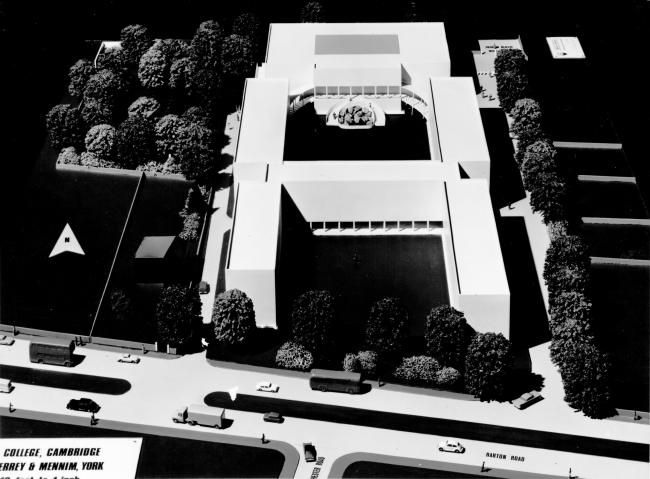 Architect's model of a proposed building scheme, c.1968 In March 1967, the College appointed the architect Michael Mennim to draw up plans for the development of the College to support an appeal for funds. Ferrey &Mennim of York produced a number of schemes over the following 5 years. (Image by Edward Leigh, with kind permission from Lafayette Photography) 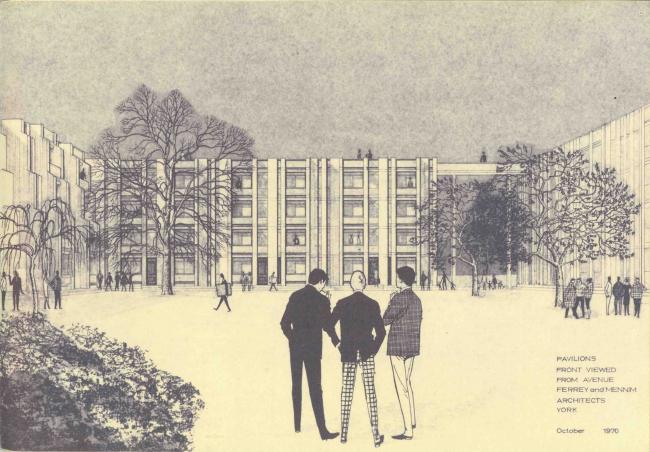 ‘The theme was to create a series of pavilions in a park… The object was to give every resident a home of his own with a front door and a staircase leading to sufficient private bed sitting rooms to warrant a parlour in each double-fronted house.’ - Michael Mennim, Wolfson College Magazine, 1976/7 (Image with kind permission of Ferrey & Mennim, York) 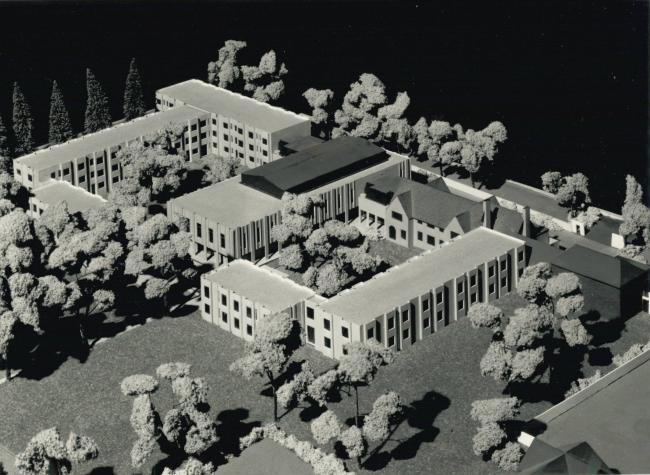 Architect's model of the scheme that was completed in 1975 ‘So it was that a human, friendly design developed when inhuman high rise buildings were in vogue elsewhere.’ - Michael Mennim, Wolfson College Magazine, 1976/7