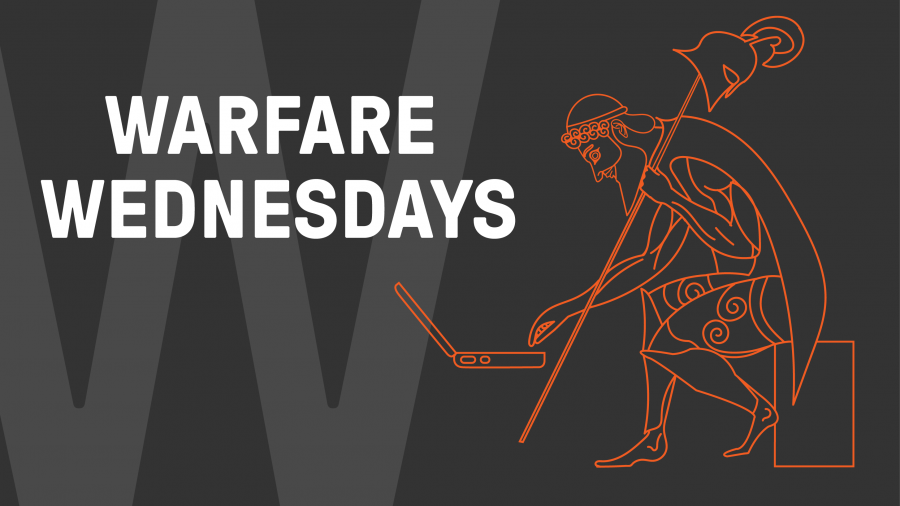 This webinar series showcases the latest developments in the field of ancient Greek warfare, providing weekly talks by experts focusing on the major areas of interest in recent scholarship. Register here.

The idea that the study of ancient warfare is predominantly about battle tactics and campaign strategy is, thankfully, one being consigned to history. Over the past 50 years, academic and non-academic interest in war has moved on, with an exponentially increasing interest in the experience of war. Military history is no longer just the study of the generals and commanders, but rather the exploration of the individual and indeed the impact that war had on them.

Such interest has attracted non-historians into the field, and we find the disciplines of psychology and psychiatry particularly interested in the histories of the ancient past. Ancient warfare has become a playing ground in which medical writers, theorists, and analysts come and explore modern ideas of the human mind and the human experience. While such an interdisciplinary dialogue is to be welcomed, it has brought with it some very deep-seated concerns regarding these universalist models of psychology, and raises some important questions about the new direction ancient military history finds itself heading toward.

In this talk, Owen will offer a brief overview of the state of this multi-disciplinary dialogue before focusing on one particularly important case study: the study of post-traumatic stress disorder and its possible presence in the ancient world. He will use an important and influential case study that has become a poster child for the argument that PTSD existed throughout history, that it is not a modern phenomenon. Further, Owen will suggest that such a use of ancient history is misguided and has the potential to do real damage to the lives of modern veterans. Finally, he will discuss how the ongoing work in the field of ancient military history is offering new interpretations, in turn offering new ways within which these disparate disciplines can help one another.