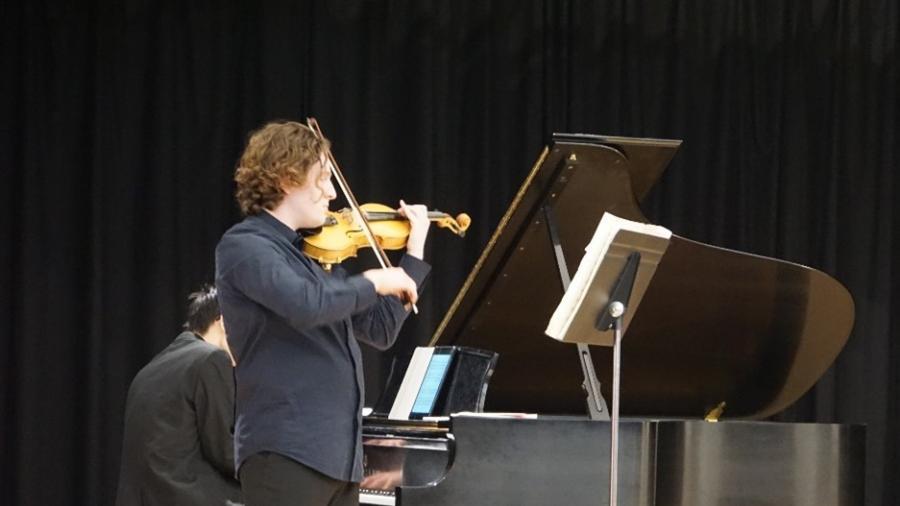 Daniel Phillips is an MPhil Music student at Wolfson College. As an undergraduate, Dan studied music at the University of Manchester, where he was tutored in violin performance by Julia Hanson of the Royal Northern College of Music, and the soloist Sophie Rosa. He led the University of Manchester Chamber Orchestra in the second year of his degree, and regularly performed new chamber music. His violin playing is featured on several documentary film soundtracks, including the recent Docuseries House of Maxwell (BBC2, 2022), Alex Ferguson: Never Give in (Netflix, 2021), Charlie Hebdo: 3 Days That Shook Paris (Channel 4, 2015) and The Battle for Marjah (HBO, 2012).

Victor Wang is a fourth-year student at Selwyn College, where he is studying for the MPhil in Economic Research. He is active as a pianist and composer and has organised a series of solo recitals this year premiering his recent piano compositions. He also enjoys collaborative music-making, having previously featured in the Instrumental Award Scheme, as well as having performed Grieg’s Piano Concerto with Clare College Music Society.

Admission free with a retiring collection for the performers and WCMS.