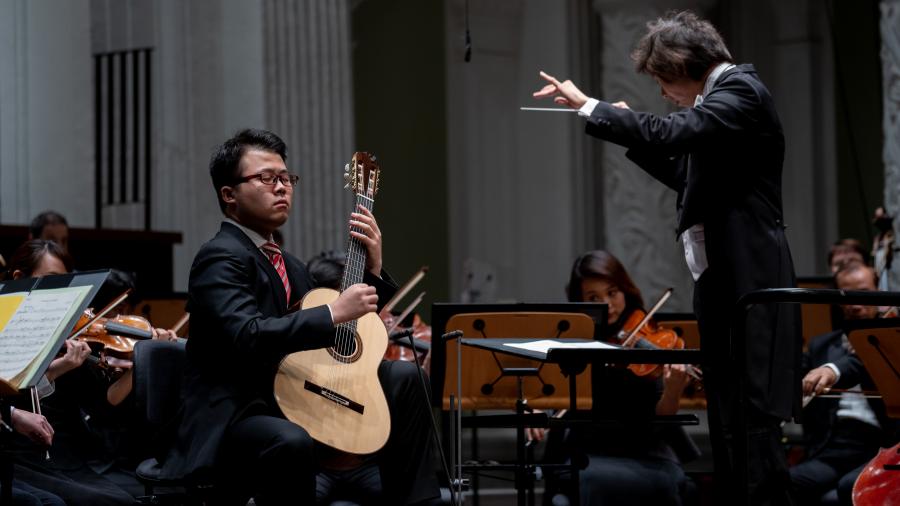 There are some free places available at the back of the hall for anyone not attending the dinner.

Born in Singapore, Kevin Loh is one of the leading classical guitarists of his generation, having won many international awards, including the Cambridge University Musical Society Concerto Competition and, in 2020, the London International Guitar Competition. Kevin has performed at Wigmore Hall, London, Konzerthaus Berlin and Suntory Hall, Tokyo. In 2013, he premièred the Guitar Concerto by Bernard Tan with the Singapore Symphony Orchestra. In 2019, as Singapore Symphony Orchestra’s ‘President’s Young Performer’, he performed the Concierto de Aranjuez by Joaquín Rodrigo.

Kevin is also passionate about giving back to society. He actively visits schools to share more about the guitar and music education. He also raises funds in Singapore and in the region for various charities and initiatives such as ChildAid, to provide opportunities for underprivileged children to have exposure in the arts.

Kevin studied with Richard Wright for seven years at the Yehudi Menuhin School in Britain. After finishing two years of mandatory military service in the Singapore Armed Forces, he is now pursuing his undergraduate degree in Music at Girton College, University of Cambridge as the College Music Scholar and a scholar of the Loke Cheng-Kim Foundation