Philosophy is a study of problems of an abstract and ultimate character, to do with the nature of reality, knowledge, truth, morality and human purpose among other things.

Philosophy at Cambridge emphasises precise argument, and logic (the study of correct forms of argument) is a significant element of the course. 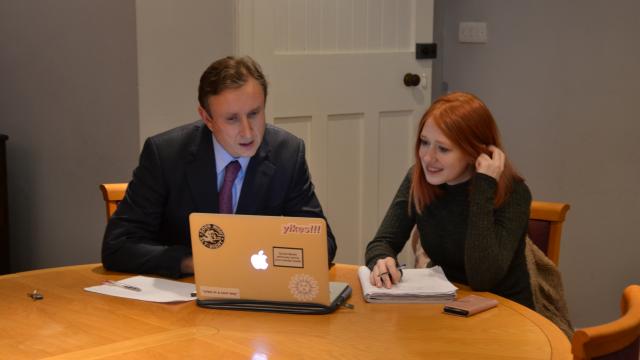 Throughout the three years you are encouraged to read the works of modern philosophers and to think directly about philosophical topics, constructing your own arguments and exploring criticisms of the arguments of others. The history of philosophy is taught at every level, and the course includes papers on ancient, early modern, and nineteenth and twentieth century European philosophers.

Philosophy consists of a series of problems, generally of an abstract nature, to do with existence, knowledge, morality, belief and value (among other things). The history of the subject provides a rich resource of responses to these problems which the present day philosopher can evaluate. Throughout the three year undergraduate course in philosophy you will read and critically assess the works of ancient, early modern, nineteenth century, twentieth century and present day philosophers as you explore the same problems.

Philosophy at Cambridge is taught in the ‘analytic’ tradition where there is a strong emphasis on argumentative clarity and rigorous thinking. The faculty is ranked among the best philosophy departments in the country for both teaching and research. Teaching takes place through lectures, seminars, discussion groups, logic classes, and weekly supervisions based around students’ essays. The course is divided into three parts (1A, 1B, 2). There are 5 compulsory papers in Part 1A: metaphysics, meaning, logic, ethics and set texts. Metaphysics/epistemology is compulsory for Part 1B and all subjects are optional for Part 2 where options include: ancient philosophy, aesthetics, philosophy of science, political philosophy and Wittgenstein.

Cambridge is a vibrant city with an established and influential philosophical heritage. Wolfson College is one of the more recent foundations and is a warm, welcoming and well-resourced college set in beautiful gardens, five minutes’ walk from the philosophy faculty, library and lecture rooms. The College is very international with 87 nationalities represented at the last count and accepts applications from candidates who will be 21 years or over on the first day of their proposed course of study.

We are looking for high ability applicants who are capable of incisive and flexible thought and who are genuinely passionate about philosophy. If you are invited for interview you will have two interviews lasting around 30 minutes. During the day you will be set a test of two parts: a multiple choice test to assess your logical reasoning (20 minutes) and a short essay of around 3 sides in response to a choice of two prompts.

It is a good idea to look at some of the following texts to inform your application:

Philosophy is an employable degree (despite the stereotype) as graduates tend to be highly numerate, literate and articulate. We believe that philosophers can turn their hands to pretty much anything and some of my former students have pursued careers in modelling, rhino conservation, the City, the theatre and, on occasion, philosophy.

Find out more about the Philosophy course on the department website, and the University Undergraduate Prospectus.