Sebestian is a historian of the early modern life sciences and medicine in global contexts. His current project, funded jointly by the Leverhulme and the Isaac Newton Trust, investigates early modern exchanges of plant knowledge and practice between Asia and America. 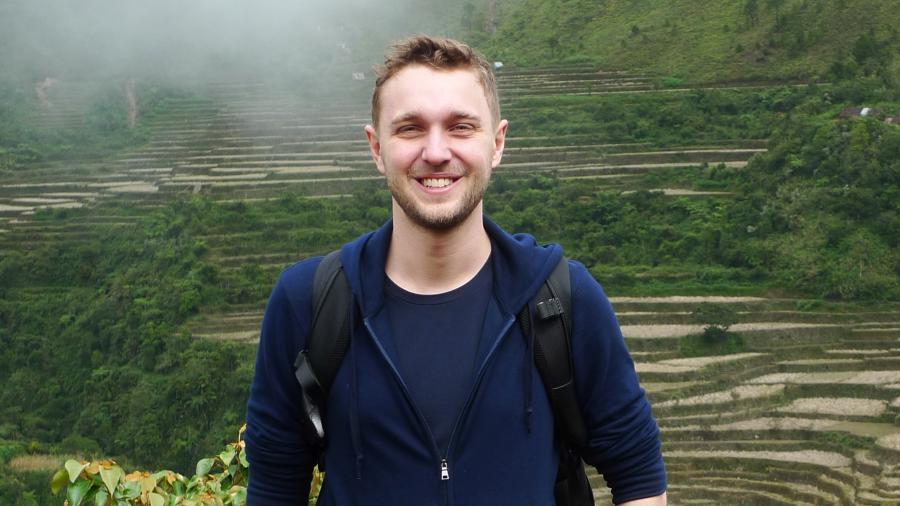 Sebestian received his BSc in Biology from the University of St Andrews in 2014, where he developed an interest in Ethnobotany. Pursuing these interests, he completed his MPhil and PhD in the History of Science and Medicine at the University of Cambridge in 2015 and 2019, respectively. Focusing on the Philippines, Sebestian’s PhD traced the movements of natural and medical knowledge across three continents, from London and English colonial outposts in India to Dutch, Spanish and Portuguese settlements in Asia and the Americas. His dissertation was awarded the 2020 Santorio Award for the best PhD in the History of Science and Medicine.

Following his PhD, Sebestian joined the Renaissance Skin Project at King’s College London, funded by the Wellcome Trust. By focusing on skin colour, skin diseases and skin marking, he examined the role of skin in constructing and challenging cultural, social, and gendered hierarchies in colonial spaces in the Pacific Rim. In 2021, he organised a workshop Tattooed Bodies in Early Modern Worlds on the histories and decolonisation of tattooing practices.

Sebestian has published on indigenous tattooing in the Philippines, long-distance networks of knowledge exchange and Renaissance geography, and co-edited a special issue of the British Journal for the History of Science on science and islands in Indo-Pacific worlds. He participated in the Making and Knowing Project at Columbia University (2016-2017), during which he helped transcribe, translate, and encode a sixteenth-century French artisanal manuscript. He was affiliated with the Natural History Museum in London, where he catalogued its early modern Philippine collections (2017-2018). Sebestian is a member of the British Society for the History of Science, British Society for the History of Pharmacy, Pacific Circle, and Renaissance Society of America.

As a global historian of science and medicine, Sebestian is interested in the dynamics of the production of knowledge in cross-cultural contexts. He is currently finishing a book manuscript based on his PhD dissertation and began his new research project, Plants and the Pacific: Tracing Knowledge Across a Sea of Islands, c.1565-1750, in October 2021. Through the lens of plant knowledge and practice, he is investigating the impact of the opening of the trans-Pacific route on the societies, knowledge traditions, and environments in the Pacific Rim. Sebestian is tracing how plant knowledge emerged in diverse sites, including markets, pharmacies, and women’s kitchens, and through interactions between indigenous peoples, European colonial efforts, and the imperial projects of China, Japan, as well as Muslim polities. By following movements of knowledge through underexplored channels between two non-European continents, his project will offer a decentred account of the emergence of modern scientific knowledge, which reflects the diversity of sites, agencies and traditions involved.

Sebestian is the co-convenor of the Early Science and Medicine Work-in-Progress Group in the Department of History and Philosophy of Science. He will visit the Ludwig-Maximilians-Universität in Munich in 2022 as a Research Fellow in Global History. He is currently preparing a conference on the visions of empire in the Pacific, which he hopes will reflect the perspectives of non-European empires and the Pacific Islanders, and culminate in a special issue based on the papers presented.

Science Society: Parental care: an evolutionary case of “use it or lose it”

Phenotypic plasticity enables animals to flexibly adjust their behaviour to their social environment – sometimes through the expression of adaptive traits that have not been exhibited for several generations. The ability to revive these ‘ghosts of adaptations past’ could prove beneficial for populations living in a changing world.

Lethal or life-giving? Wolfson's exciting contemporary art exhibition explores the potential of animals, plants, and substances from the natural world to ‘Kill’ and/or ‘Cure’ (open to the public Saturday and Sundays, 10am - 5pm).