Andrew is a computer scientist who has worked in academia and industry, including serving as Chairman of Microsoft Research. He has a long association with Wolfson and has played several roles in College. 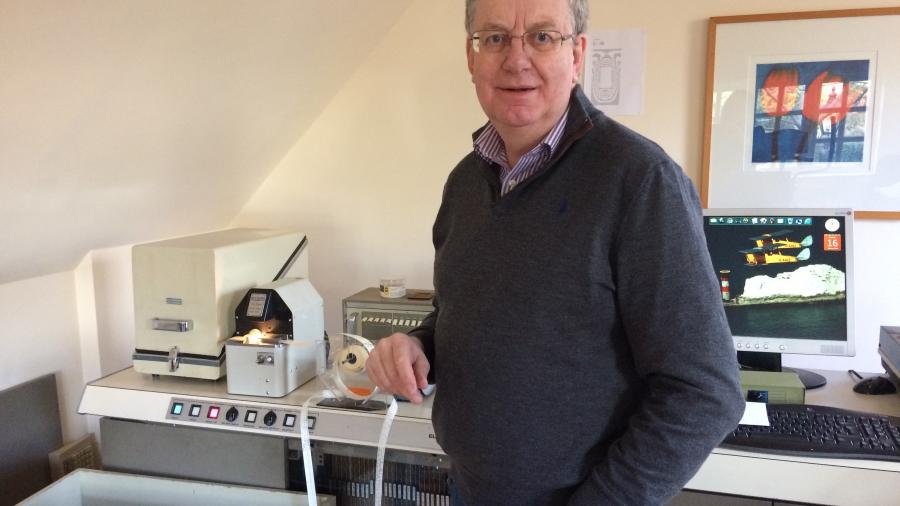 Andrew retired from the role of Chairman of Microsoft Research EMEA in September 2011. In this role Herbert oversaw Microsoft Research’s activities in the region, including technical strategy and policy engagements and wider engagement with politicians, officials, professional and industry bodies and their strategic advisors. Initially joining Microsoft Research in 2001 as an assistant director, he then succeeded founding director, Roger Needham as director of Microsoft’s Cambridge laboratory in March 2003, before assuming his wider role in November 2010.

Before joining Microsoft Research in 2001, Andrew was director of Advanced Technology at Citrix Systems Inc., where he was instrumental in steering the company toward Internet thin-client technologies and initiating development of products for Web-based application deployment and for the emerging application service provider market.

Andrew joined Citrix in 1998 from Digitivity Inc., which he founded in 1996 to develop a product to enable secure deployment of Java clients for business-to-business applications. Digitivity was a spinoff from APM Ltd., a research and consulting company Herbert founded in 1985. APM managed ANSA, an industry-sponsored program of research and advanced development into the use of distributed systems technology to support applications integration in enterprise wide systems. ANSA’s work included research on support for interactive multimedia services, object technology for World Wide Web applications, distributed systems management, mobile object systems and security for electronic commerce. Andrew led ANSA’s technical program, built up its team, created its architecture, and made ANSA known and respected in the industry. ANSA-based technology was used by many organizations ahead of the widespread availability of commercial CORBA-based products. Notable successes included the NASA Astrophysics Data System, a European radio pager system and the online customer service system for a major U.K. utility. As part of his ANSA work, Andrew played an active role in many standards and consortia for distributed computing including the Telecommunications Information Networking Architecture Consortium (TINA-C), ISO/ITU ODP, the Open Software Foundation Distributed Computing Environment (OSF DCE) and Object Management Group (OMG) CORBA.

Before starting ANSA in 1985, Andrew was a faculty member in the Computer Laboratory at the University of Cambridge in England, where he worked with Roger Needham and Maurice Wilkes on seminal developments in local area networks (LANs) and distributed computing. In 1979 Herbert helped Needham and Wilkes edit The Cambridge CAP Computer and Its Operating System, and in 1982 he co-authored The Cambridge Distributed Computing System with Needham. In 2003, Herbert co-edited a monograph of papers written in tribute to Needham, Computer Systems: Theory, Technology and Applications, with Karen Spärck Jones.

In the 2010 honours list Andrew was awarded an Officer of the British Empire (OBE) for services to computer science. He is a fellow of the Royal Academy of Engineering, a fellow of the British Computer Society, a fellow of Wolfson College Cambridge, a visiting professor at University College London, a member of St. John’s College Cambridge, and a liveryman of the City of London Worshipful Company of Information Technologists. In 1975 he graduated from the University of Leeds with a B.Sc. in computational science and in 1978 with a Ph.D. from Cambridge University in computer science.

Andrew has played various roles in his time with the College, including Secretary of the Bredon Society and chairman of the Finance Committee.

Now retired, since 2017 Andrew has been the Chairman of Trustees for the National Museum of Computing on Bletchley Park, where he is also leading a project to build a working reconstruction of EDSAC, Cambridge University’s first computer, originally constructed in 1947-1949. Andrew is also an enthusiastic pilot, mostly flying vintage aircraft including a 1935 de Havilland Hornet Moth, 1940s de Havilland Tiger Moth and 1950s de Havilland Chipmunk aircraft.

A circular economy at Wolfson. A collaboration of the Wolfson Green Society, Student Association and Interdisciplinary Sustainability & Conservation Hub.

This is the main graduation ceremony at which most undergraduate students proceed to their first degree at the end of their final term.