Throughout the year, a series of high-quality art exhibitions are displayed in the Gallery, Combination Room and gardens. Always free and open to all. 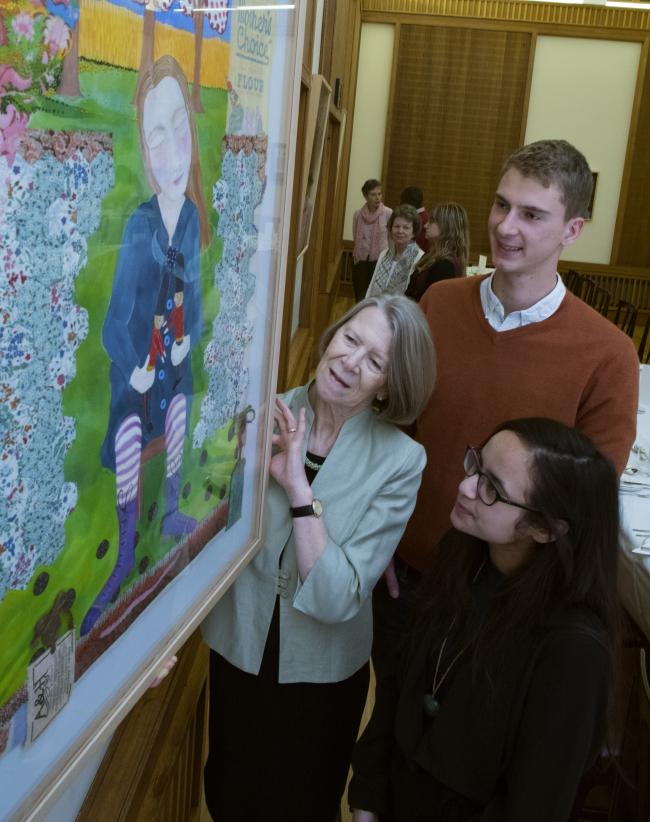 Wolfson has a vibrant and exciting programme of exhibitions curated by Fellows, students and the Fine Arts Committee. Works are displayed in the Dining Hall and the Gallery, as well as the Combination Room. We typically have an opening event for each exhibition that is advertised on the College Events page.

The exhibition opening event was scheduled to take place on 29 June 2021. Due to changes in the COVID-19 restrictions, this event has been postponed.

Since the late 1960s, the Israeli-born artist Amikam Toren has been producing extraordinary artworks which are frequently the result of appropriation, destruction and re-construction.  All his works reveal a rigorous investigation of materials and materiality.  Toren’s programmatic interrogation and transmutation of the physical media with which he works destroy the boundaries between painting and sculpture: even the apparently two-dimensional is revealed to possess a physical three-dimensionality and the three-dimensional object is co-opted to become its own two-dimensional representation.

Toren’s work challenges the spectator’s perception of the possible and renders strange the everyday object and the familiar media of art.  The products of ‘Sunday-afternoon’ figurative painters are cut through or sliced up and partially liquidised; or their paintings are carefully removed from the stretchers, the artists’ signatures on the corners of their canvases cut out, unfolded, flattened and preserved, pseudo-archaeologically, the appropriated segment revivified as a new work.

Several distinctive interests are evidenced throughout Toren’s distinguished career. They include the exploration of the nature and definition of representation; an interest in reflection and in mirrored reduction; a long-term fascination with the fragment and with destruction and its partial converse - the creative metamorphosis of the broken and smashed; a delight in the co-option and manipulation of graphic signs as art; the interrogation of the relationship between texts and figurative imagery; and an abiding interest in materiality and media.

This exhibition will include several works by Toren from Wolfson College’s Frangenberg Collection. The late Dr Thomas Frangenberg owned the largest collection of Toren’s work in the world. After Thomas’s death, several major works by Toren were bequeathed to Tate, and to Leeds and Manchester Art Galleries, but a nucleus of important works came with the rest of the collection to Wolfson. 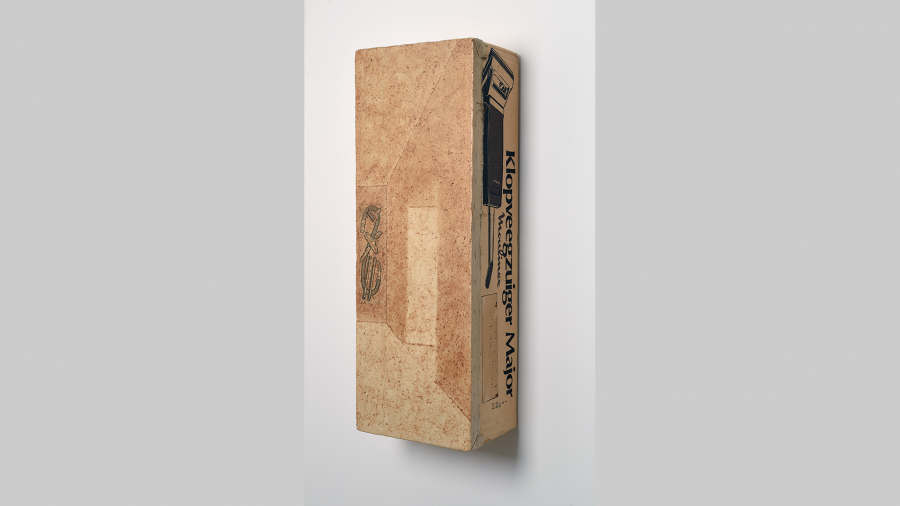 Simon Quadrat was born in London in May 1946, the son of Jewish parents who had separately fled Germany in the 1930s and then met and settled in England. He had the advantage of a very cosmopolitan and cultured childhood, where both music and art played a large part. During his school years he painted factories and desolate urban landscapes. Reading about art and visiting art galleries became one of his major interests from his early teenage years and he developed a particular love of Old Master paintings with an interest in 20th century art coming much later. However he had no thought of becoming an artist, instead he read Law at university and went on to establish himself as a criminal barrister in the Temple in London and then from 1985, in Bristol.  In his mid-thirties he felt compelled to try to teach himself to paint “I succumbed to a strong urge to paint professionally and so gave up the Bar to become a full time artist."

Since then he has been regularly invited to exhibit his work in galleries and his work is now widely collected. In 2004 he was elected an Academician of the Royal West of England Academy where he went on to serve both as Academicians Chairman and President. In 2015 he was elected a member of the New English Art Club. Simon is married and lives and paints (accompanied always by his cat) in Wiltshire. He is also a classical pianist.

“All the paintings in this exhibition were created in my studio based largely on imagination with occasional help from drawings and photos where needed. I can never plan a painting too precisely as they never turn out as expected. As subject matter I draw on early memories or anything however mundane and trivial or even imagined which is important or interesting enough for me at the time to need to paint it. Viewers of my work tend to describe me as a storyteller, if so they are imperfect stories having neither beginning nor ending.

Painting the way I do means you never really know what you are after. I only know that mere pictorial representation isn’t enough for me. And so I quote Edward Hopper quoting Renoir: “The important element of a picture cannot be defined; cannot be explained perhaps is better”.  A painter may look at Piero Della Francesca, El Greco, Velasquez or Rembrandt or indeed Picasso and wonder why he bothers, but you carry on because in your own small way you think you have something to add which the viewer may find more than superficial or transient.

To my mind painting often works best using the simplest of motifs or commonplace subjects. In his monologue Fra Lippo Lippi Browning wrote this passage, putting these words in the mouth of the painter “For, we’re made so that we love first when we see them painted, things we have passed perhaps a hundred times nor cared to see; and so they are better painted.”

This exhibition formed part of

Dr Thomas Frangenberg (1957-2018), a distinguished historian of Renaissance and Baroque art and architecture, was also a well-known collector of contemporary art. Between the early 1980s, when he arrived in England from Germany, and his death in London in 2018, Thomas amassed a substantial art-collection. The collection predominantly comprises ideas-based, ‘conceptual’ art-works, produced in London from the mid-1970s until a few months before Thomas’s death. He left several important works to Tate and the Contemporary Art Society also received a number of bequests, as did friends and family. However, the vast bulk of this important collection, numbering more than 750 works, has been generously donated to Wolfson College by Thomas’s executors, his brother Andreas and sister-in-law Rita Frangenberg. Several Turner-Prize winners, many nominees and a host of other internationally and nationally celebrated artists are represented in the collection. This exhibition presents a first selection from the works now in store in the college.

Thomas’s acquisitions reflect his intimate knowledge of the London art scene during the decades when the capital became, for the first time, the most exciting centre of art-production in the world. The pieces he selected typically probed the definition of art, problematised its production, challenged media boundaries and hierarchies, critiqued the art market and almost always foregrounded the participation of the viewer in generating meaning. Of course, all art works involve the beholder’s participation to a greater or lesser degree, but in their overt requirements for a dynamic intellectual and aesthetic engagement, the works Thomas collected place a very great emphasis on the spectator’s active participation in the construction of meaning. This exhibition, then, is not just about painted or sculpted forms, prints, photographs, drawings, or indeed about objects of any kind, but also about the ideas and interpretations the works will stimulate in the viewer’s mind. Professor Phillip Lindley

This exhibition formed part of

Débora Delmar’s work investigates the effects of globalisation on everyday life in relationship to consumer culture and aspirational aesthetics. She is particularly focused on the societal effects of globalisation such as issues of class and cultural hegemony, as well as the homogenisation of corporate aesthetics. Delmar creates multi-sensory installations that are commonly composed of different elements, these include fabricated and appropriated objects.

The L.U.X.U.R.Y Time series (clocks) are a playful appropriation and re-presentation of aspects of our everyday realities through the use of international brands and things associated with habits of consumption. These works directly bring together object form, image and time. Through this efficient assemblage they present diverse temporalities and realities, and it is through their repetition and insistence they come to speak of scheduling, timetabling, the anxieties of time (and ageing), and situations of labour as well as perceptions of aspiration, value and ownership.

The clocks are juxtaposed with works from the Canto (Mayfair Businessmen) series, composed of off-cut fabrics that Delmar has collected from Saville Row tailors. These are sewn and stretched and come to resemble Barnett Newman's Canto series of paintings. These investigate certain power relations, hierarchies and networks.

Delmar now lives and works in London. She exhibits regularly with solo and group shows in the UK, Europe and the Americas.

The exhibition of the work of this young architect highlights his responses, in his buildings and the spaces he creates, to the attachments of people to places. So first found acclaim for his installation Remembering Chernobyl, part of the London Festival of Architecture 2016. He is probably best known, however, for his prize-winning Belarusian Memorial Chapel (2017), the first wooden church to be built in London since the Great Fire of 1666 and a poetic memorial to all those who have lost their lives in Belarus since the foundation of the state in 1918.

In this show we trace his interest in people from his earliest sketches through his Urban Hermitage series and Remembering Chernobyl to his designs for Jean Rey Square, Brussels, An Echo in Time. This was selected by the European Parliament to be the first  Pan-European Memorial for all victims of Totalitarianism in the 20th century.  The drawings for the memorial subsequently won the RIBA annual International Drawing Competition - the RIBAJ Eye Line Award 2018.

Since 2003, Joseph Joseph has built an enviable reputation for producing some of the world’s most innovative and distinctive housewares products. Founded by twin brothers Antony and Richard Joseph, the company has grown rapidly to become an award-winning international housewares brand, sold in over 110 countries across the globe. Their most recent accolades include receiving two prestigious Queen’s Awards for Enterprise - in International Trade and Innovation. The company operates from modern, open-plan headquarters in central London and also has offices in New York, Paris, Tokyo, Dusseldorf, Hong Kong and Shanghai. This exhibition explores their process of invention through a series of curated displays that feature original sketches, prototypes, testing rigs and photographs. Either working closely with leading product designers, or developing products in-house via their talented design team, the exhibition showcases their unique, problem-solving approach, rigorous process of refinement and attention to detail. Joseph Joseph's ultimate mission is to create desirable products that enhance everyday life and stay true to their philosophy of creating Brilliantly Useful Design.

In 1998 Richard took the Advanced Course in Design, Manufacture and Management at the Department of Engineering's Institute for Manufacturing (IfM), spending a year at Wolfson. The Fine Arts Committee is delighted to welcome back Richard Joseph to Wolfson College.

You can also access details about earlier exhibitions; the Wolfson collection of oil paintings can be found on the ArtUK website. 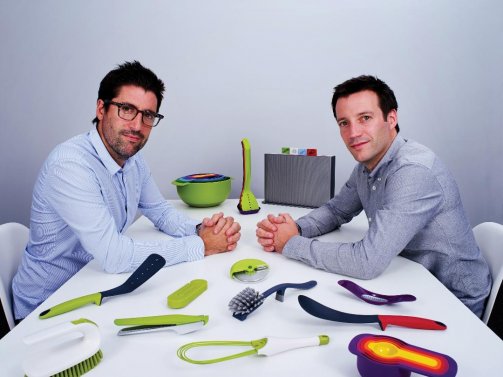 The Story of Joseph Joseph, by Richard J... 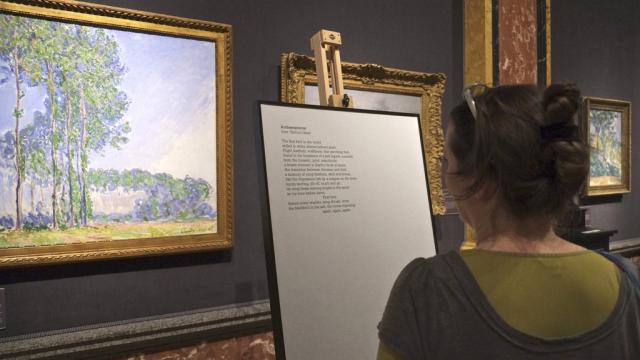 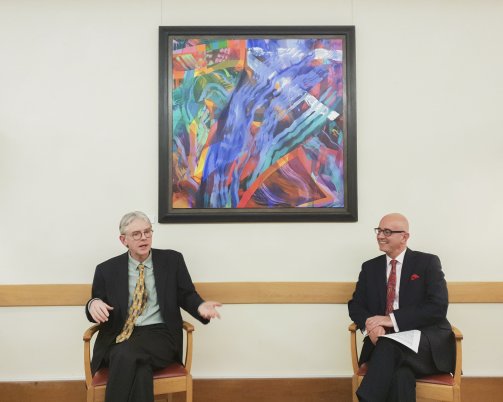 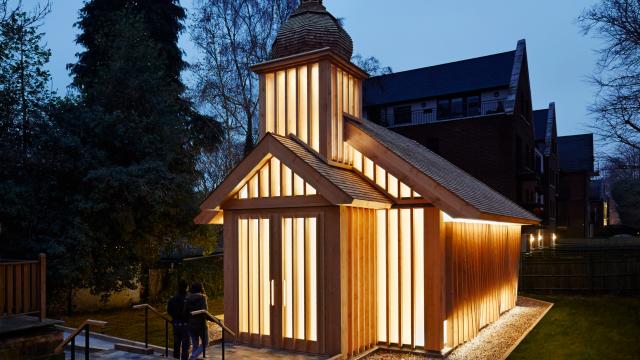