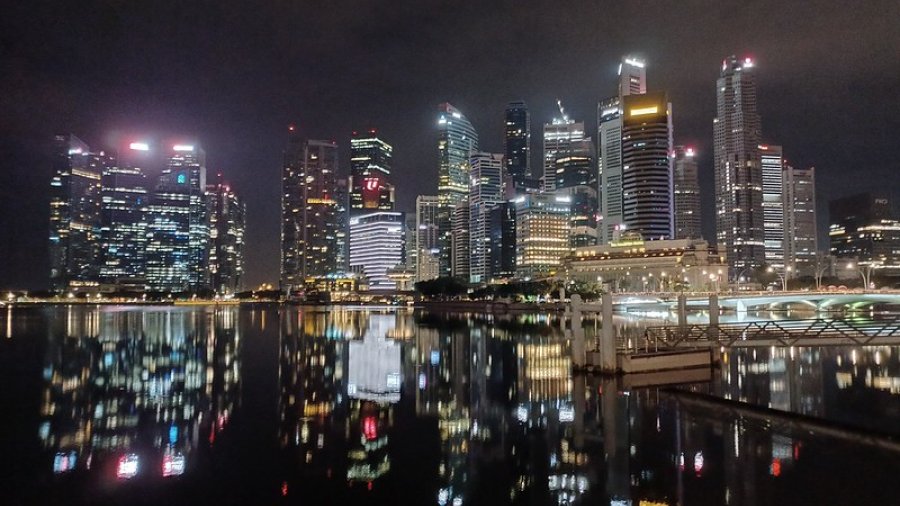 As of 1 June 2022, Sian Cook, Wolfson’s outgoing Development Director, took up a new role as Director of College Networks – with a mission to develop Wolfson’s networks of influence and engage more deeply with Wolfson member across the world.

As an international college, Wolfson has members all over the world – and strong ties with members in South-East Asia. Before the year came to a close, Sian took a trip to connect with Wolfson members and friends in the area and to build new partnerships that might benefit the College and its community now and into the future.

Here, Sian talks about the many connections she made in Singapore and Malaysia, where there was a strong appetite to engage with the College, its community, and its plans for the future.

I’m recently back from South-East Asia in a very cold and snowy Cambridge, but energised by the enthusiasm, warmth, and love of Wolfson I observed, and inspired by the eminent and influential alumni and friends our College has across the world.

After three annual visits to the region since 2018, Singapore and Malaysia feel like a community of friends.

During my trip, I met many members who had been to previous College events, plus many new faces too - with alumni from the early 1970s to those who had completed their studies during lockdown and were yet to graduate.

In both places, there was a desire to set up local Wolfson chapters to socialise, have fun, reminisce and create benefit and impact - for our College, for their SE Asian community, and for Wolfson’s worldwide global network and the impact they create.

This interest in thinking globally and acting locally has been an emerging theme across the year and something we will explore more next year through our alumni and networking community.

In Singapore, it was my great pleasure during the week to host events and meetings with alumni, colleagues from across Cambridge in the region, and representatives from Wellcome, the British High Commission, and with active alumni such as Professor Jason Pomeroy and Ian Chapman-Banks.

On Tuesday, a group of 40 of us were hosted at the National Gallery, the occasion kindly facilitated by alumna and returning student, PhD researcher, Dee Chia, Deputy Director of Learning. The evening began with a fascinating guided tour of the gallery’s collections by docent Tina, followed by a talk by Honorary Fellow Professor Gordon Dougan – Professor in the Dept of Medicine, and Director of Infectious Diseases at Wellcome – about his work, the search for vaccine equity, and the role that Singapore is playing in the global vaccine ecosystem.

A key priority of the Singapore government is to invest in public health and to develop vaccine research and manufacturing – and Cambridge and Wolfson's academic community is at the forefront of this work, with long-standing collaborations in the area.

Alumni were delighted to be joined at the event by several Cambridge academics working on infectious diseases with Gordon, who were in Singapore for an international strategic meeting. These included Wolfson Fellow Professor Steve Baker, accompanied by colleagues, Professor Ian Goodfellow from the Department of Pathology, Professor Nick Thomas, who heads the Bacterial Genomics Team at Sanger, and Dr Trevor Lawley also from Sanger. Other guests at the event included alumnus Dr Soren Brage and his colleague Professor Nita Forouhi from the MRC Epidemiology Unit, which also has longstanding collaborations in the region.

We were also honoured to receive a significant gift towards an award to encourage East-Asian Studies. Alumnus, Anthony Teo, and Honorary Fellow, Professor Wang Gungwu, who is recognised as one of the world's foremost experts on the Chinese diaspora, accepted a certificate on behalf of the donor.

The following day, alumni gathered for an informal lunch at the Jen Orchard Hotel. The conversation revolved around news, updates, and plans for the College site, how special the gathering of Wolfson Fellows and researchers had been the evening before, and how they might form a Wolfson group to stay in touch and network with each other and the College's wider community. There were also offers of support for events and College initiatives such as our Interdisciplinary Research Hubs and the Wolfson Enterprise Society and Competition.

This year was the third event Sunway University has generously hosted on our behalf - the previous two being the international ASEAN Emerging Research Conferences.

Joining our Malaysian alumni, guests included alumnus Ronjon Nag, who had flown in early from San Francisco and is one of our leading ambassadors for the Wolfson Entrepreneurship programme, and our pianist during the afternoon, alumna Churen Li, who is based in Singapore.

The event began with conversation about community and building fellowship at Wolfson and, just like Singapore, the group would like to set up a local chapter in support of the College. The afternoon was rounded off with a moving piano performance from Churen, including a piece inspired by her time at College, ‘Lamas Land’. You can see more of Churen’s performances on her web page here.

All told, this was a delightful, inspiring, productive, and inspirational visit. Thank you to everyone who made the visit possible and to those who came along and contributed to the conversation.

We will start planning for the 2023 visit in the New Year, so if you have ideas please do get in touch with the team and watch out too for more information about the local Malaysia and Singapore chapters. 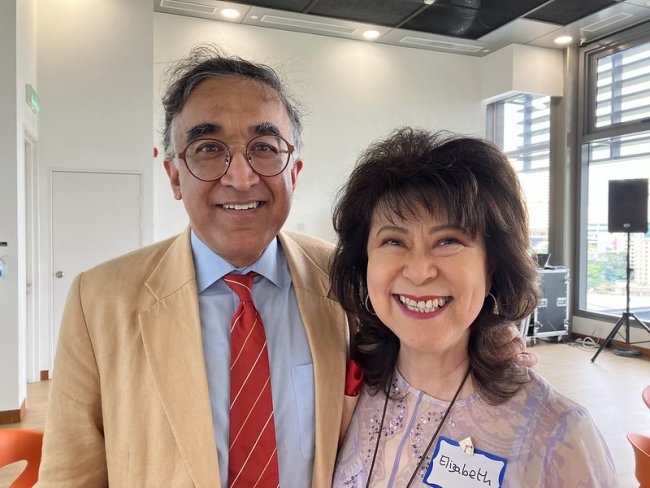 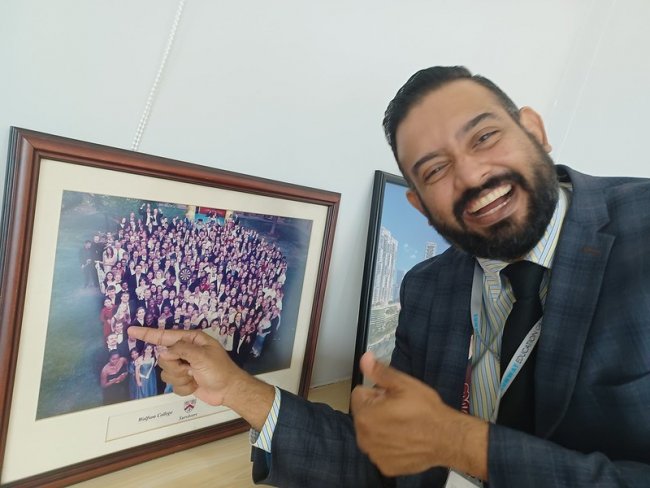 Looking back to good times at Wolfson 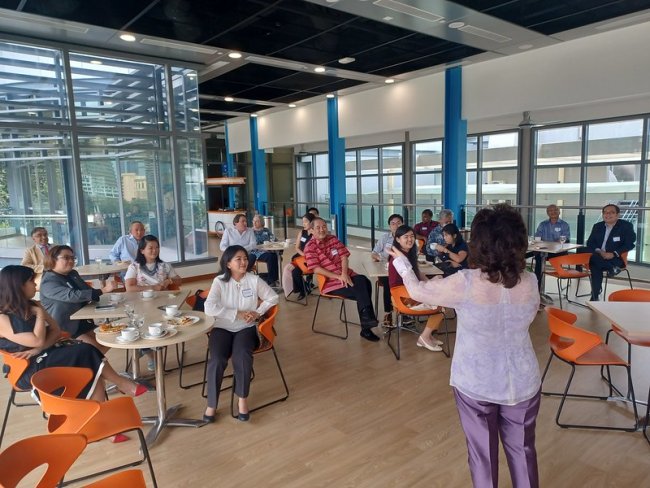 Elizabeth Lee talks to members and friends in Malaysia 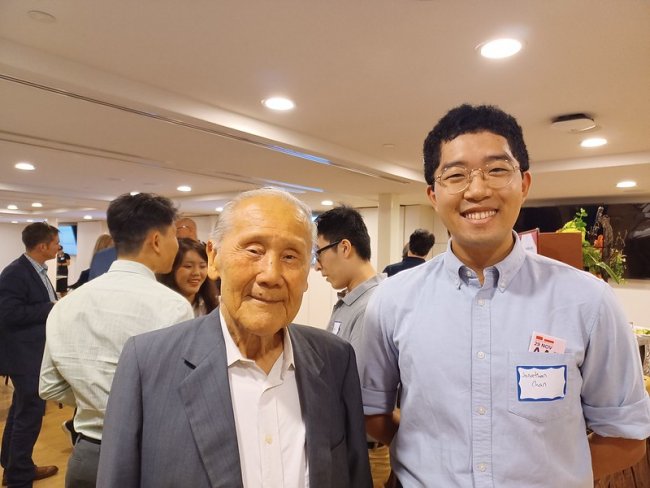 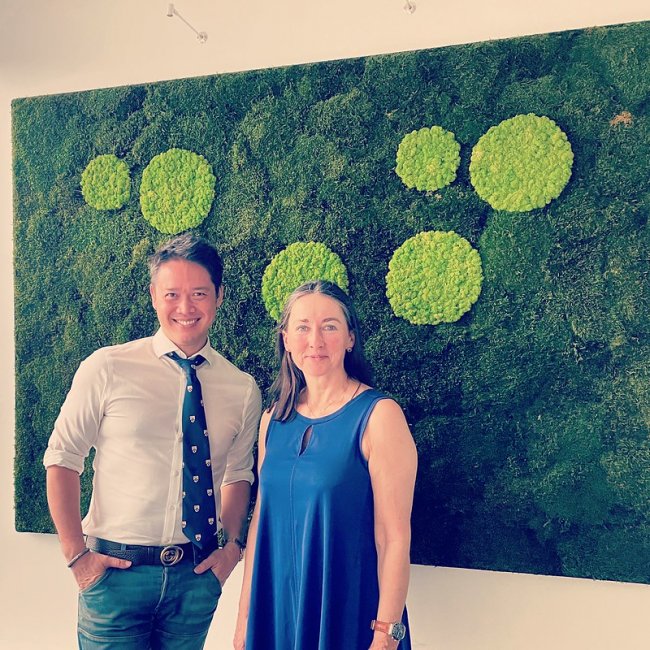