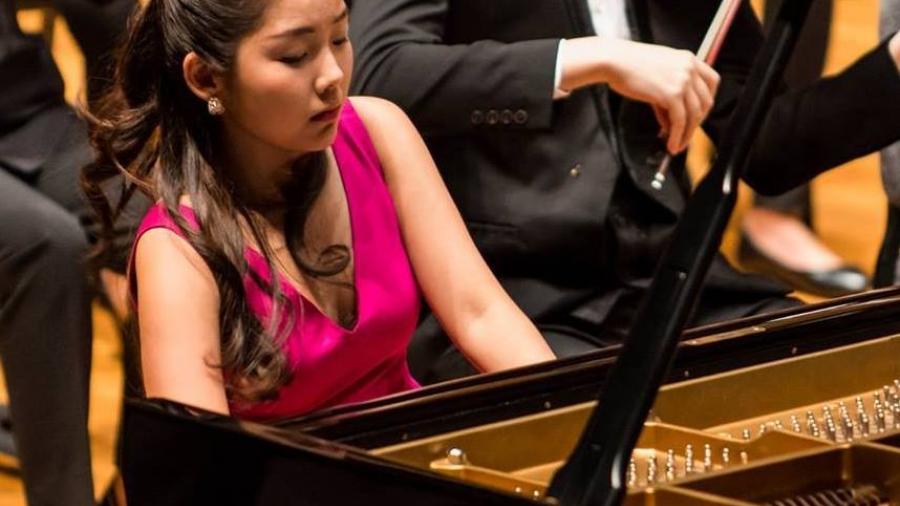 Pianist Churen Li, who is studying for a MPhil in music, is one of the five finalists in the annual Competition.

Congratulations to Wolfson student Churen Li, who has been chosen as one of five finalists in the prestigious Cambridge University Musical Society Concerto Competition. Churen will play the 1st movement of the Rachmaninoff Piano Concerto No 2 in the final on Tuesday 26 February at 13.10-13.55 in the West Road Concert Hall, the same piece she played for the first round.

An active recitalist and orchestral soloist, Churen has been invited to perform at venues in the USA, Denmark, Italy, Wales, Ireland, England, Korea, Indonesia, and Singapore, as well as at top international festivals such as the Norfolk Festival (USA), Aspen Music Festival (USA), Four Seasons Chamber Music Festival (USA), and ISA Music Festival (Austria). She has won multiple prizes for her playing, and she is passionate about new music. She enjoys working with composers and artists to explore issues of performative gesture, embodiment and perception in performance, and is also interested in taking classical music performances out of the concert hall. Churen attained her Master’s Degree from the Yale School of Music and Bachelor’s Degree from the Yong Siew Toh Conservatory of Music.

This is the second time a Wolfson pianist has made it to the finals – Andrew Goldman won the competition in 2012. Will 2019 also be Wolfson’s year? Pop over to West Road and support Churen to find out. Admission to the competition performances is free.

We are delighted to welcome the Cambridge University Brass Ensemble, with conductor Christopher Lawrence, to Wolfson to perform as part of our lunchtime concert series.