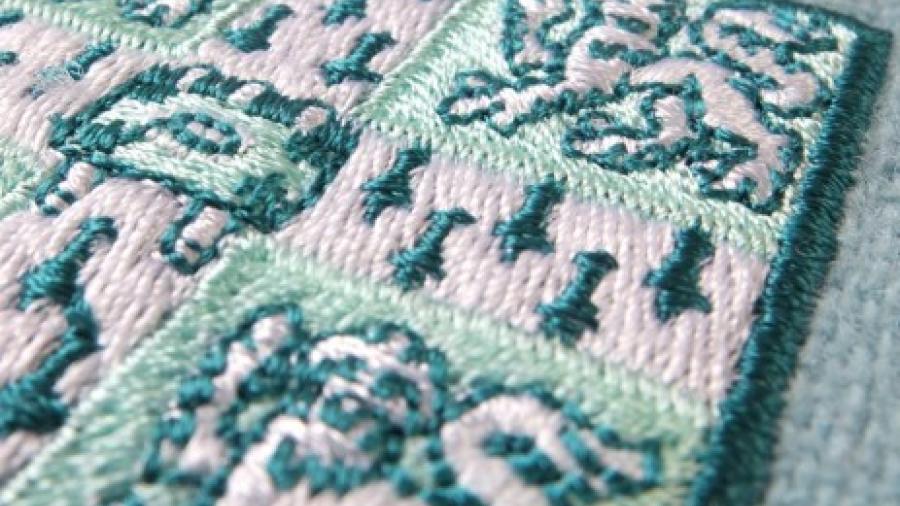 Wolfson students have had some terrific sports successes this year, and the College is well-represented in Varsity competitions over the next few weeks (scroll down for photos).

Earlier this month Dennis Mubaiwa (nursing a knee injury) and the rest of the Cambridge University Powerlifting Club earned a Varsity win for the 7th year running; you can read a full report of the day on the CUPLC website (where our WCSA Co-President is referred to as 'Dennis "arms-bigger-than-his-face" Mubaiwa').

Wolfson is well-represented on the basketball courts this year. On the women's side, medic Nicola Duffy and PhD student Aicha Massrali play for the Blues team, which sadly lost its Varsity match last weekend but found success in BUCS with a recent win over Birmingham. Undergraduate Mathilde Foged Jensen plays on the Panthers team.

The men's Blues basketball team is captained by Wolfson medic Riccardo Masina, who led the team to victory in their Varsity match on 23 February. They are also just one game away from winning the BUCS cup (Wednesday 6 March against Worchester) and also one game away from winning the BUCS league; that match takes place the following Wednesday 13 March at home against the University of East Anglia.

Also on 23 February, MPhil student Julia Crerend scored the winning goal in her team's lacrosse match against Oxford (you can watch the video of her goal on the Cambridge University Women's Lacrosse Club's Instagram).

Saturday 2 March sees a full complement of Varsity matches — hopefully there will be an equally large turnout of Wolfson members to offer their support.

Ryan-Rhys Griffiths (PhD, Physics) is hoping to reprise his successful 2017 Varsity win when the Cambridge University Chess Club meets Oxford at the Royal Automobile Club in London's Pall Mall. The match is structured such that eight Cambridge players play eight Oxford players with each side's highest-rated player playing the other side's highest-rated player. Ryan is playing on the second board, narrowly missing out on playing the current women's world champion, Yifan Hou, who will be playing board 1 for Oxford!

Former MPhil and now PhD student, Mark Jenei, will fence as an Epeéist in the Blues Fencing Team for the 112th Varsity match. (In fencing there are three different weapons — épeé, foil and sabre — each with different rules.) Mark's match will be at 13.00 in the Cambridge Guildhall.

The oldest rivalry in men's ice hockey pays its biennial visit to the Oxford Ice Rink as the Oxford dark blues clash with historic rivals the Cambridge light blues, and Wolfson MBA student Philip Holbrook will be playing right wing. This year’s iteration marks the 134th anniversary of the Varsity match between the two universities, a fixture that originated in the Swiss Alps in 1885.

Also taking place is the 39th annual men's Rugby League Varsity Match at the grounds of Cambridge RUFC, Grantchester Road. Tickets can be bought online or on the gate. Wolfson undergraduate (and former WCSA Green Officer) Ben Fraser is hoping to play despite a foot injury; MPhil (Real Estate & Finance) student Zach Bollman is also scheduled to be on the pitch.

In women's rugby, the Tigers kick off their Varsity match against the Oxford Panthers at 16.00 at Grange Road. MPhil (Management) Sydney Bradshaw is on the squad again, after playing during their successful win at Twickenham in December. The team is described as a 'juggernaut' in this recent Blue Bird match report.

In men's football, NatSci undergraduate Angus Buttar plays for the Falcons at 20.00 in Oxford, followed next weekend by the Blues Varsity match on Sunday 10 March. Film Studies student Noah Reich is playing in that match; tickets are available here.

On Sunday 10 March, PhD student Gunther Klobe will be competing in the high jump and the hurdles at Varsity Field Events and Relays (VFEAR) at Lee Valley in London. Will he beat his height of 1.95m from last year's VFEAR?

The Varsity cricket match at Lord's will take place on 28 May (earlier than normal, as Lord's is a venue for the cricket World Cup taking place this year). Karthik Suresh (Engineering) is hopeful of a place on the team again this year.

In table tennis, the Wolfson teams in division 2-2 (Askar Aryntay, John Bronskill, Gunther Klobe and Patrick Fernandes) and division 3 (Nicolas Castel, Luke Corcoran, Oliver Haynes and Christian Pfordt) were both undefeated in their matches and made it to the final cross-division knockout match where they beat Downing 8:0 and then Pembroke in a thrilling final 7:6, making them champions of the 2-3 divisions. Wolfson was also awarded with the College league's Commitment Prize.

The men's rugby team joined this year with St Edmunds and Hughes Hall to form the 'All Greys', a mature college team with huge potential! Undergraduate Yvan Bollet-Quivogne is the Wolfson captain.

For the first time in history, the women's football team (a joint team with Darwin) made it as far as the quarter-finals under co-captain Talia Shmool (PhD, Chemical Engineering).

The men's football club played a respectable 4-1-3 win/draw/loss ratio for an overall score of 13, placing them 5th in the MCR Premier league.

In basketball, the Wolfson team moved up from division 4 to division 3 last term, and a win at a relegation match on Tuesday 5 March would move them move up to division 2. Captain Simon Kwon is confident that the team will play well in the Cuppers. 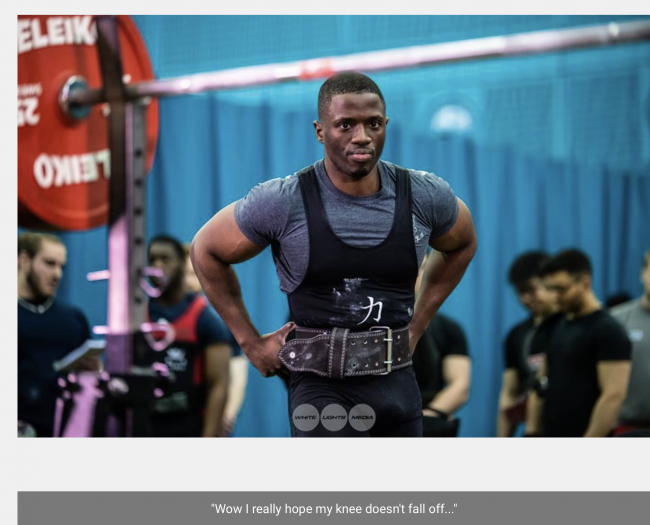 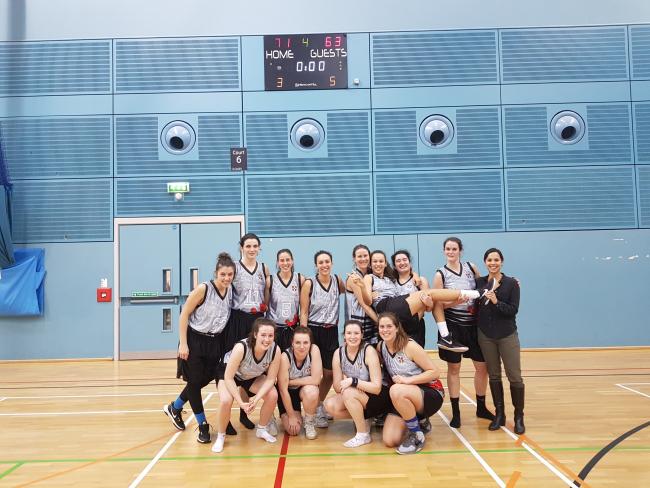 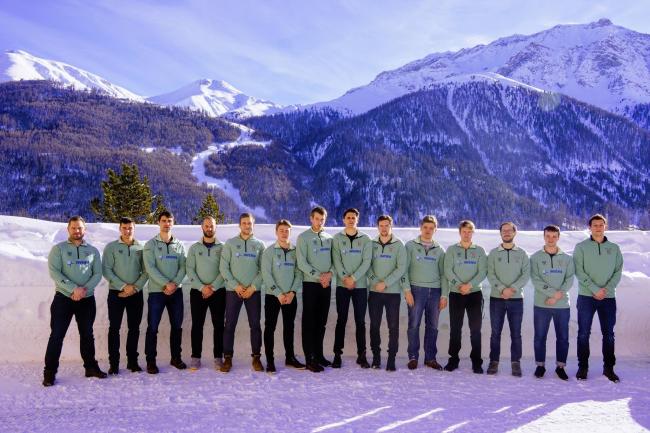 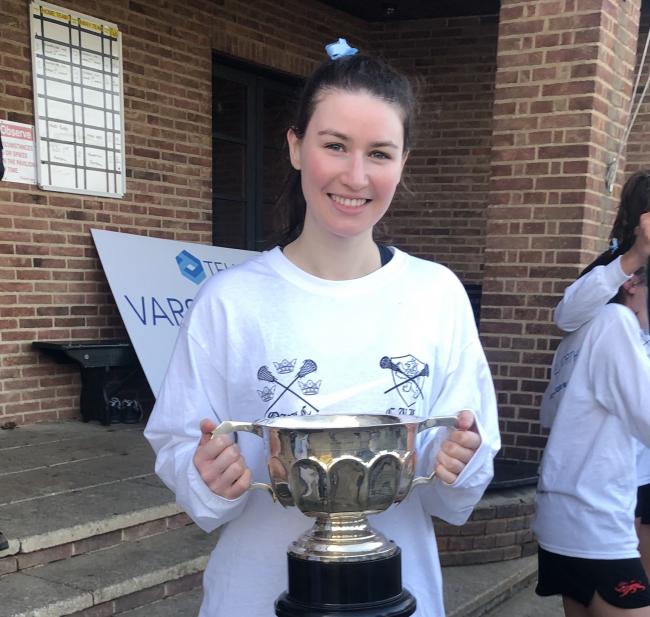 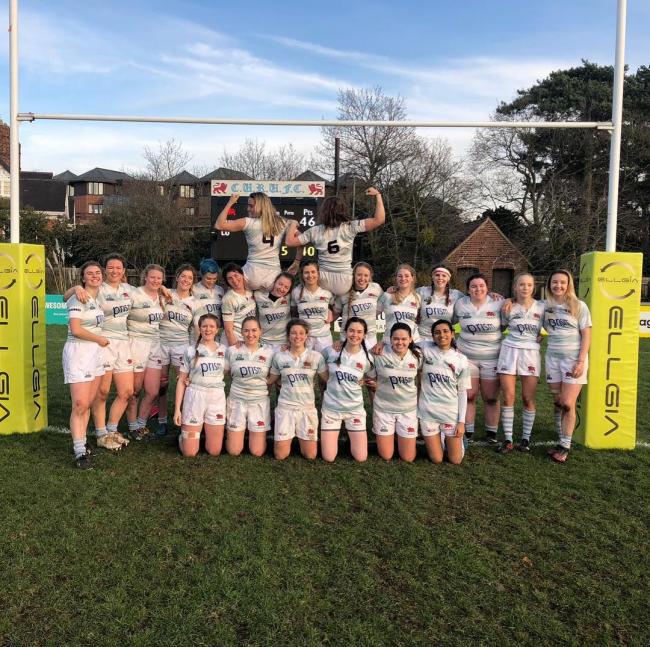 Wolfson's Sydney Bradshaw is in the front row, second from the left, in this team photo of the Tigers rugby squad. 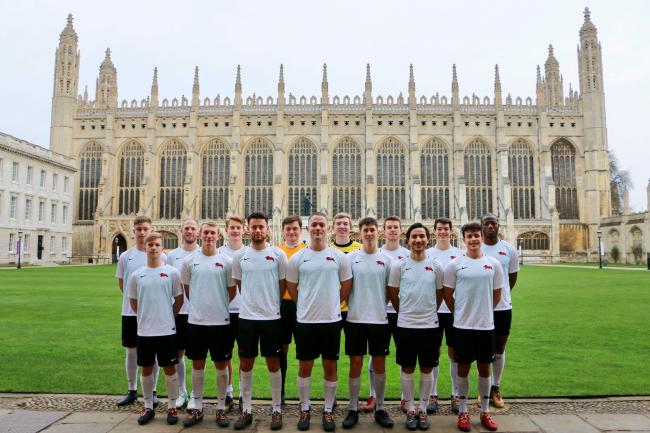 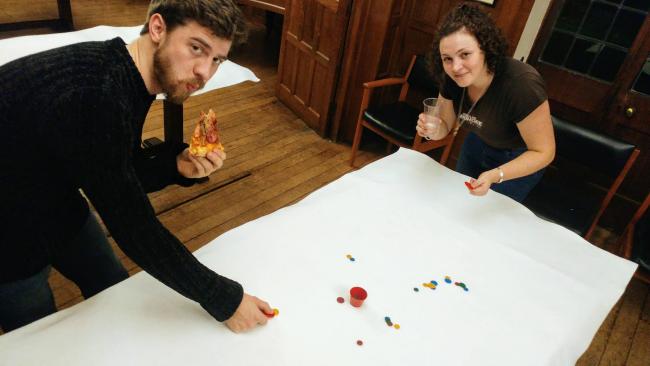 Mark Jenei is an Epeéist in the Blues fencing team. 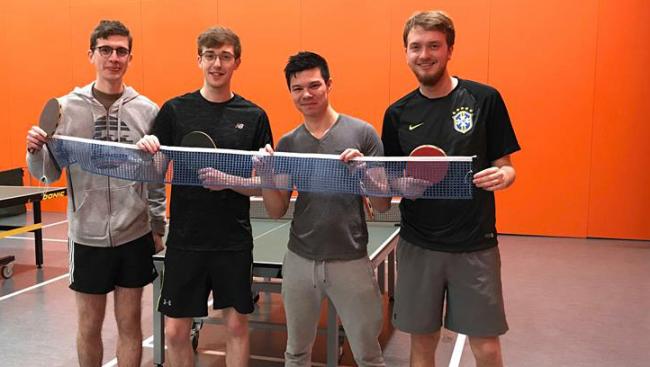 The table tennis team after their knockout win. 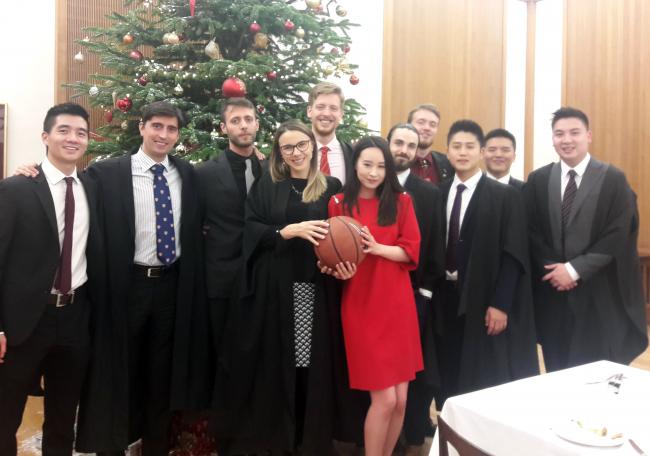 The Wolfson basketball team is captained by Simon Kwon. 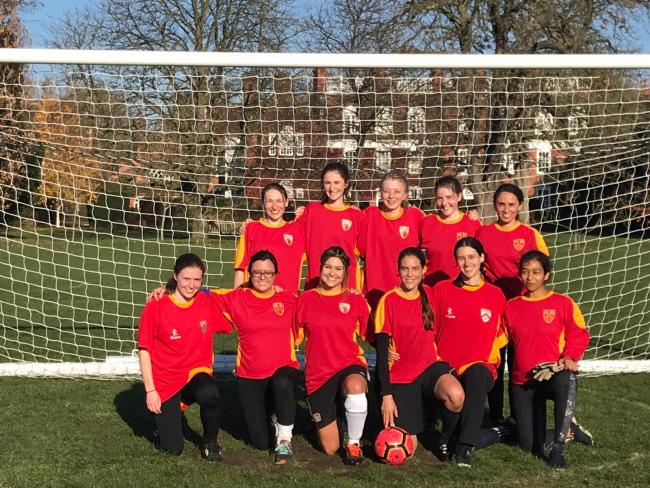 The women's football team are in a joint team with Darwin College.