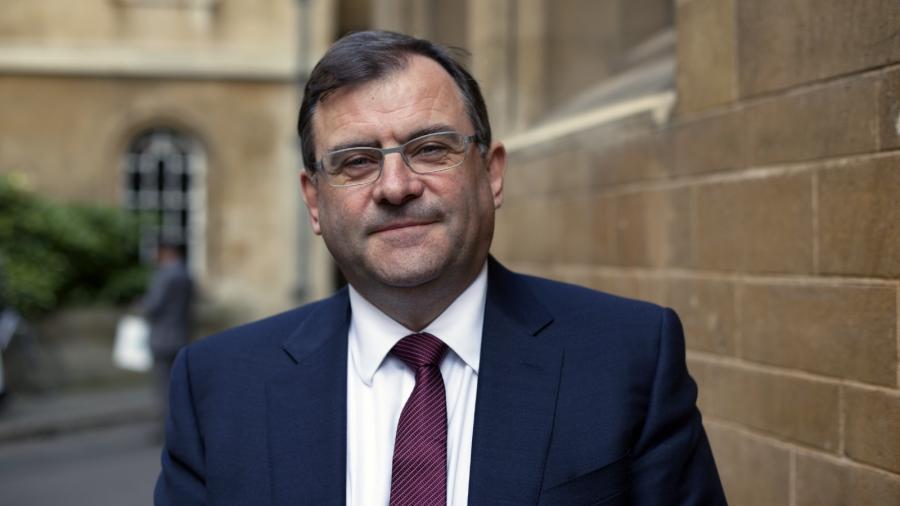 When the President asked me to give this speech I was honoured but also very doubtful. I am, after all, not external to the College or the University, and so it is unlikely that my view will be different from what we are used to—and therefore perhaps less entertaining. I am also going to be leaving Cambridge after 22 years to work in Melbourne, Australia (not Melbourn just down the road!) and so might be tempted to say some provocative things. Well, we’ll see how it goes.

I want to start by saying that we are some of the most fortunate people alive, not just because we are associated with this outstanding University, but also because we are part of this extraordinary community that is Wolfson College. It is our responsibility to look after the College and the University so that future generations can benefit from them, and so that we preserve certain values that I, and I hope we, care deeply about, and that are under serious threat.

I came up to Cambridge as a Fresher in 1979, just after the election of 3 May that made Mrs Thatcher Prime Minister. I think we all knew that this was a major change in our lives but at my tender age I didn’t predict how fundamentally just about all things would change. I came from a relatively humble state-school background, (note that 'access' has been around for quite a long time), and it is fair to say that Cambridge completely changed my life. I was an undergraduate and PhD student at Gonville and Caius, which was then, as now, a pretty traditional College. My year was the first when women were admitted as students and it took a few years more until they were admitted as Fellows. I was lucky to be of that time when fees were paid by the local authority, and a full maintenance grant came my way. People refer to this as University education being 'free', but of course it was not; it was paid for by taxation, and higher education was seen as a public good. I fervently wish that this were still the case.

How higher education is paid for is a very important question, and I think that this relates to the central question concerning what is a University for? Indeed one of our colleagues, Stefan Collini from Clare Hall and the Faculty of English, wrote a book with that very title, and has followed with another called Speaking of Universities. I am not going to quote from his work, but will give my own quick view.

The first point is that there is a body, or canon, of knowledge. This is not the right place for an epistemological debate what knowledge is, but I think all but the most philosophical would understand what I mean. Given the canon of knowledge, there are two things that need to happen at a university. We need to be the ones that understand, archive and preserve what currently passes as the canon, but we also need to challenge every element of the it whenever evidence or thinking emerge to supports such a challenge.

This leads to the second point, which is that a challenge culture requires that we engage in deep scholarship and research. Wilhelm von Humboldt in 1809 proposed a new university in Berlin that combined education and research, and brought fundamental inquiry firmly into the job description of a university professor. As my colleague at the University of Melbourne, the current Vice Chancellor, Glyn Davis, puts in his book The Australian Idea of a University, this not only unites teaching and research, but demonstrates precisely how new knowledge emerges — a fundamentally important element of what a university should be.

A third point is that we have a clear duty to pass on to future scholars the need to archive and understand the canon of knowledge (including how it has changed), the need to challenge that canon with scholarship and research, and the understanding of how new knowledge is generated, captured and disseminated. Mark Twain sums it up when he observes that “education is the path from cocky ignorance to miserable uncertainty”.

In the current system where students are asked to pay for their education, (and what a shame that this was introduced by the Labour Party) the system naturally moves to one that needs to satisfy the students’ view of what they need. Sadly, we have invented the student as ‘customer’. Central to this is that students expect improved job prospects in return for their time spent studying, and it also allows the setting of ‘standards’, so that the regulator gets ever more power—which in turn erodes the autonomy of the universities. Governments also want universities to be drivers of economic benefit for the nation, which means that ‘impact‘” etc’ becomes important over and above some of the more basic ideals underpinning the university.

Oscar Wilde described a cynic as someone who knows “the price of everything and the value of nothing”, and I am concerned that we are increasingly asking our education system, and particularly higher education to deliver ‘value for money’ where the concept of value is unimaginatively defined in purely financial terms. We need to strike a balance whereby students get decent amounts of excellent teaching in return for their fee, where we celebrate the fact that universities are drivers of economic success, and of great discoveries that benefit humanity, but that these are not the only things that universities are there to do.

As we move onward within this changing higher education landscape, and try to preserve the best bits of our universities against the various market-driven challenges, we need to give serious thought and consideration to what our unique College system can contribute, and especially for us how Wolfson fits in, and indeed can provide a lead.

Wolfson is a really special place. I have been a Fellow here for about 20 years, and was slowly crawling up the league table such that I thought one day I might even be the Senior Fellow, but alas I have wrecked my chances of that with my move to Melbourne. During my time here I have been on Council more than once, I have chaired the Bursarial Committee, which became the Finance Committee. I have been involved in appointing a bursar and two senior tutors, and have been privileged to know three fantastic Presidents. I have made many friends and enjoyed enormously hearing about the lives and studies of many students.

The College has changed a great deal over those twenty or so years. New buildings have been built and opened, the endowment has grown from about £5M to about £26M, which is still not enough! From modest beginnings, Wolfson has become the College of choice for mature undergraduates and postgraduates. The University and Colleges have agreed that we should have a 13% increase in postgraduate numbers over the next five years. Wolfson must be at the heart of this expansion, and dare I say it, taking a lead to help some of our more elderly Colleges to understand what it means to provide a College-based education, in the broadest terms, to our postgraduate students.

One of the things I have always loved about Wolfson is the fact that it is so international. Our website claims that we currently have 90 different nationalities represented. I have learned so much from talking to our colleagues and friends from overseas. I will never forget a young woman Press Fellow from Zimbabwe who explained how every story that she published in her newspaper ran the risk of attracting the ire of Mr Mugabe and his thugs. We need to stick closely to the College’s values of openness and honesty, and continue to provide the warmest welcome to our friends from all countries.

The College has great opportunities to interact well with Eddington, with the Biomedical Campus, and with the many other developments that are happening here in Cambridge. We need to take the next steps in our development to take the lead in some of these things, and to establish ourselves further as the bold, imaginative, and ambitious College that we have become.

I am delighted that Professor Jane Clarke has had a very successful first year as President, and I am very sure that she is the right person, with her energy, clear-mindedness, and ability to generate just the right amount of challenge, to take us forward on these many fronts with maximum success. As the College motto says, Ring True, and I am completely confident that this central principle will underpin all that is done here over the next few years.

The College was opened as University College on 30 June 1965, founded when the University realised that postgraduate students were going to be a big part of its future. The generous benefaction from the Wolfson Foundation that allowed us to build our new buildings was recognised on 1 January 1973 when we were renamed Wolfson College. I was here for the 40th birthday in 2005 and recently for our 50th in 2015. I shall certainly try to be here in 2025 for our 60th!

I know that you will agree with me that this is a wonderful, essential College contributing massively to the success of one of the best universities in the world. Long may this continue.

Please stand and raise a glass to toast our wonderful Wolfson College.