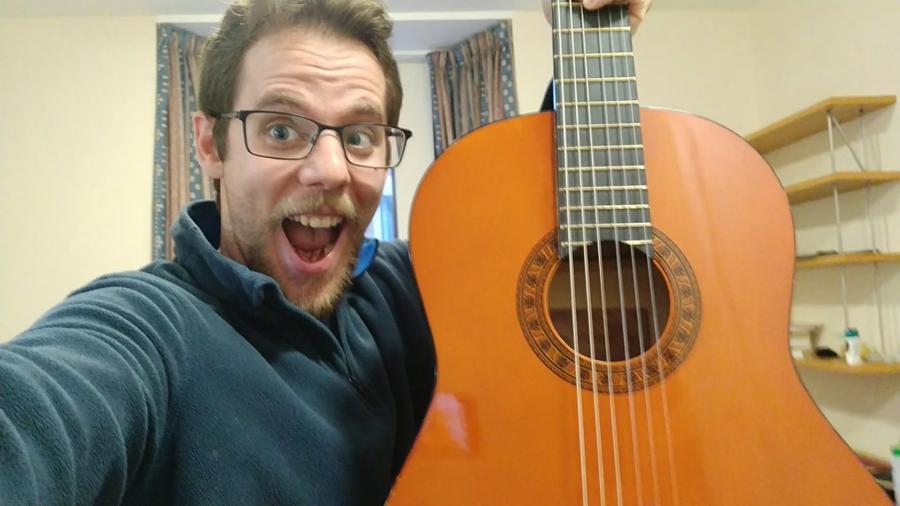 WCSA President and PhD student Benji Remez spent 14 days in quarantine after returning from his summer break in Israel. He tells us what it was like.

In mid-July, University policy had been updated to allow non-lab-based research students to return to their Colleges. Shortly after, Wolfson sent out a survey to research students, asking when they would like to return to Cambridge. At that time Israel was experiencing the start of a second COVID-19 wave, and I was becoming increasingly concerned that I might be stranded by travel disruptions, so I answered “as soon as possible”. That was on Sunday. By Wednesday my Tutor asked what “as soon as possible” meant to me.

I said Saturday; we settled on Monday.

Five days later I was on my way back to the UK. The airport was deserted, as you would expect, and my flight to London was the only one departing the terminal for the next few hours. My temperature was taken at the entrance, and I was given a bracelet to prove I was cool. All the duty-free shops were closed, and the only food to be had was MacDonald’s.

When we boarded, we were asked for our completed UK Passenger Locator Forms, our contact information and quarantine address. The flight was busier than I had anticipated, at about 70% capacity, mostly families with children. We were required to wear masks throughout the flight, although the smaller children were less cooperative.

Five hours later we landed at Luton Airport, which was similarly empty. I passed through immigration, collected my luggage, and got to the Arrivals Hall before the scheduled landing time of the flight. The 787 Luton-to-Cambridge National Express coach service had shut down in March, so the night before my flight I had pre-booked a taxi to pick me up. I was dropped off at the College flagpole, collected my key from the Porters’ Lodge, and promptly proceeded to my room.

I had asked the Accommodation Manager if some of my belongings could be brought up from College storage, and these were waiting for me in my room. (Labelling my boxes before storage proved useful, so I could ask for those with clothes, books, beddings, towels, and other necessities). After a long day travelling, I took a warm shower and settled in for my first night in quarantine.

I had also booked a grocery delivery for the morning after my arrival, which turned out to be a great idea. I specified that I was quarantining, so when the delivery driver called, I instructed him to bring the food to the entrance door of my block. The following week he was nice enough to bring it all the way up to the doorstep of my room.

During my quarantine I rarely ordered takeaway food, but I would try to cook a hot meal at least once a day, which got me out of my room and keep my morale high. I locked the (shared) kitchen door from inside to prevent other students from walking in while I was there. I also preferred to eat in the kitchen instead of my room, because having a second trip to the kitchen to return dishes would double the chance of bumping into someone in the corridor en route. It was touching that twice during quarantine friends came by unsolicited to drop off homemade food (hummus both times…). 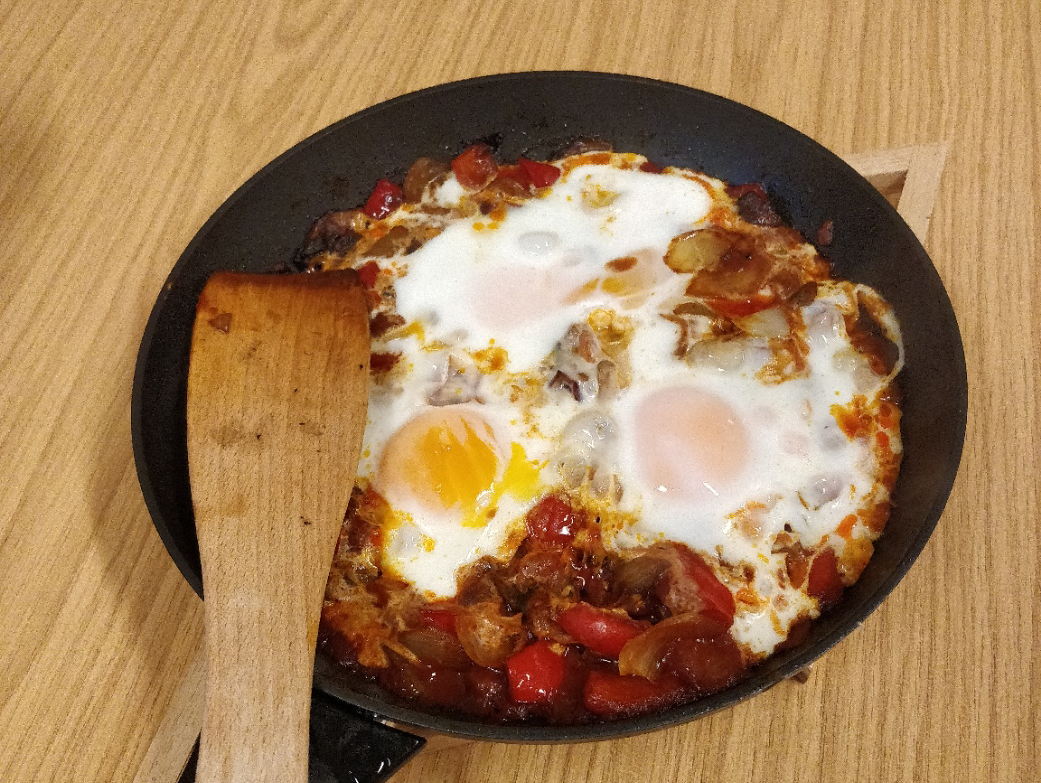 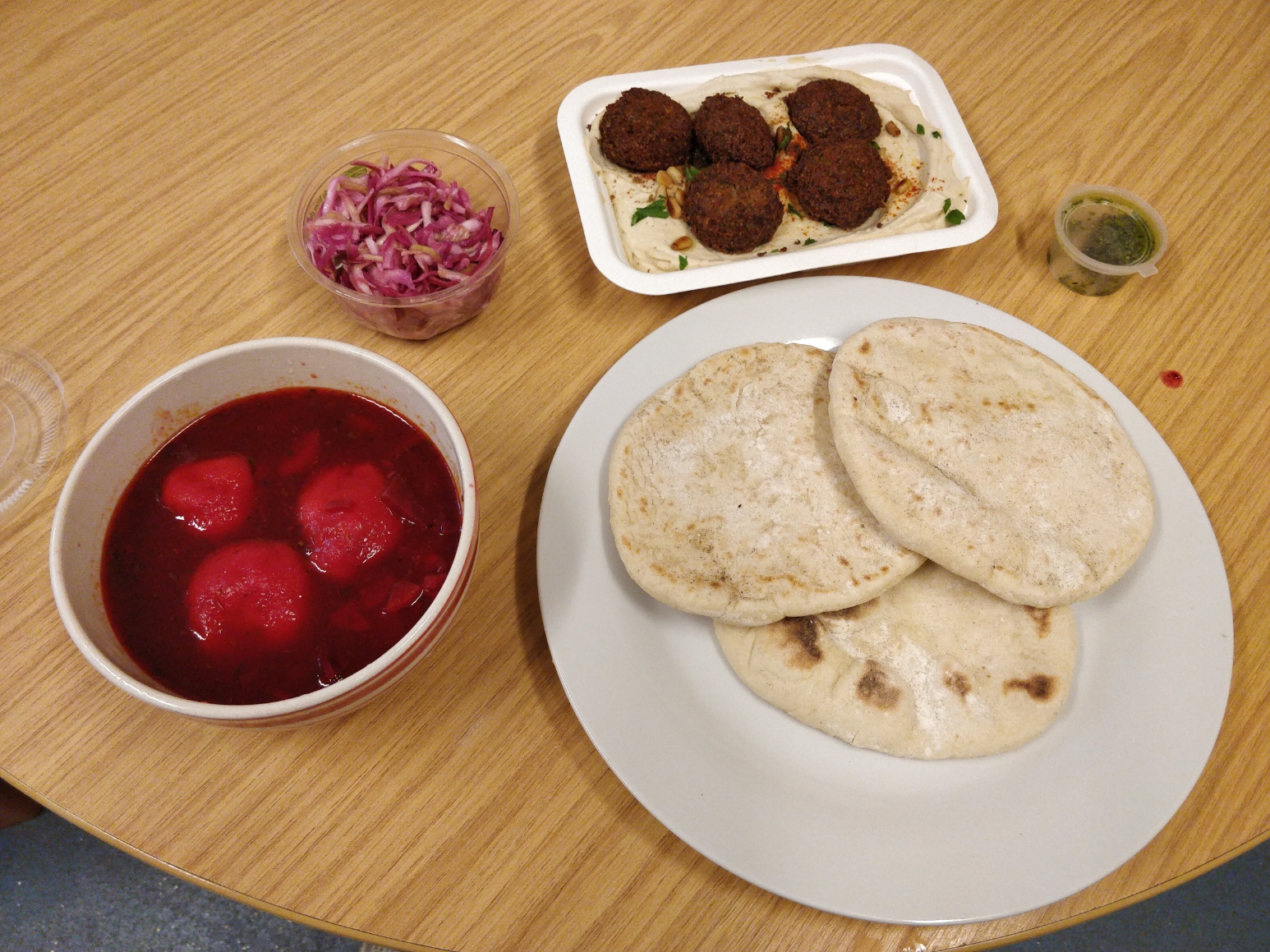 At that time, quarantine guidelines required you to stay indoors, and I worried that would take a toll on my mental wellbeing, but that wasn't the case — maybe being a theoretician means I live mostly up in my head anyway? Or maybe it was the foul weather and storms that raged outside? In any case, I decided to take some self-care measures.

Two early decisions I made were to set an early alarm every morning (even though I had nowhere to go) so that my sleep schedule did not drift, and to commit to a daily exercise routine of push ups and planking. A particularly positive turn happened on Day 4, when a friend returned my guitar to me. That made my quarantine much more pleasant (perhaps my neighbours were not quite so pleased). By this point of the pandemic, I was mainly in touch with people virtually anyway and I was grateful to have a few close friends with whom I have had nonstop contact over the last four months; they have been there for me whenever I wanted to talk or chill.

I also got some work done on my PhD, something I found difficult to do during lockdown with my family. In contrast, quarantine felt like a writing retreat and I managed to make good progress on my literature review. It was also convenient to be in the same time zone as my supervisor and colleagues again. One thing I did not appreciate how much I had missed was Eduroam; my family home had pretty dodgy internet connectivity, so a stable connection felt like a breath of fresh air. Online access to journals also became so much easier. I wouldn’t say I became super productive, but it was clear that being back in Cambridge for the rest of the summer was the right academic decision.

The hours ticked away and eventually 14 days of quarantine had passed. I spent my first day of freedom outside, catching up with friends, playing frisbee, having a dinner party, dipping my feet in the Cam, and of course visiting the bar for distanced drinks in West Court. I’ve now been out of quarantine for about two weeks, and I love every minute of it. It’s been a great source of relief to be back to my work, back with my friends, and back where I can glimpse some semblance of normalcy.

It’s good to be home.