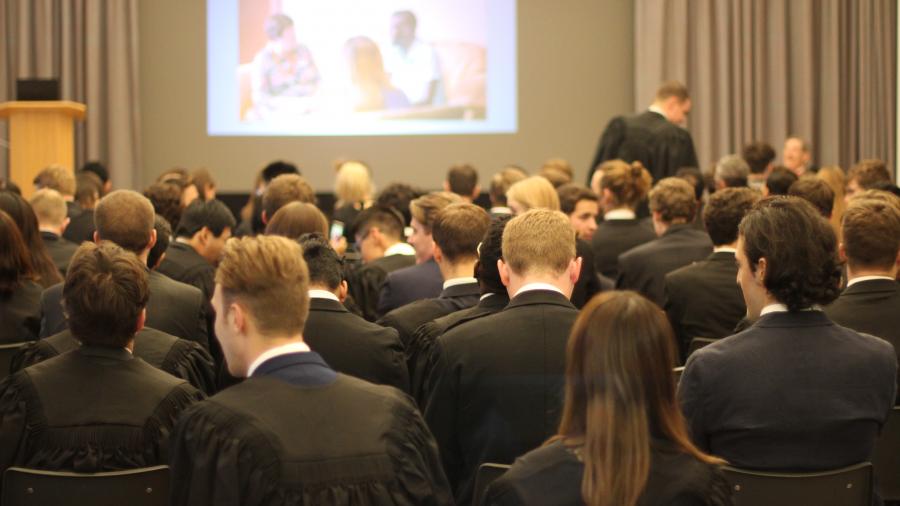 "While we would naturally wish to be able to celebrate Fresher’s week and Matriculation under different circumstances, it is heart-warming to see people bend over backwards to welcome us in the best way possible. Thanks to all of you, Wolfson already feels like a second home."

Celebrating and welcoming students in times of social distancing 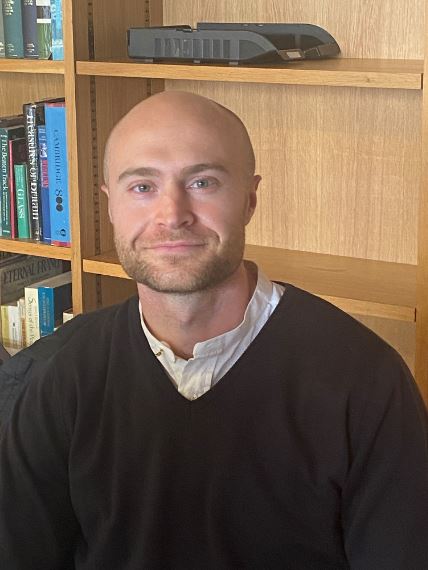 But our Tutorial Team, in particular Sam Langley (Tutorial Administrator), have been working hard to bring the same sense of occasion to these important events. Sam joined us at the beginning of 2020, and a large part of his job is organising graduation and matriculation ceremonies, so he has had a unique start to his time at Wolfson!

In his own words;

"One of the most striking sights for anyone in Cambridge city centre during graduation days is that of graduands in full academic dress, processing from their Colleges to the Senate-House to have their degrees awarded at a ceremony conducted in Latin. Since I joined the Tutorial Office team at the end of January there has only been one in-person ceremony, in February, with degrees at subsequent ceremonies being awarded in-absentia because of the changes brought about by the Coronavirus pandemic. COVID-19 might have been the catalyst for more flexibility; we now have Zoom and Microsoft Teams, which have been used to great effect, especially in welcoming new students at virtual matriculation ceremonies, but not intended to replace the University`s centuries old practices on a permanent basis. Whilst a degree cannot be awarded twice, all those who have graduated in-absentia at ceremonies affected by COVID-19 will have the chance to return to celebrate at an alternative ceremony in the Senate-House. I, for one, hope to see many of Wolfson`s graduates in-person at such ceremonies, sooner rather than later, even if, in addition to academic bands, they are required to wear academic face coverings."

Are we finally ready to bend the curve on obesity across the globe?