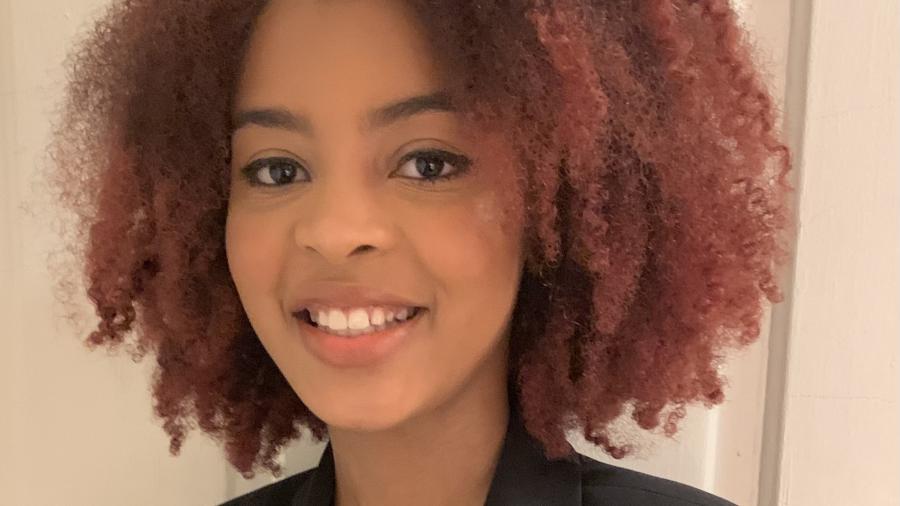 Wolfson College is proud to welcome Jasmine Jordan – one of twenty-four newly-announced Gates Cambridge Scholars – who will join as an MPhil student in Criminological Research in October 2021.

Deeply committed to reforming the US criminal justice system, Jasmine will conduct comparative research on the causes, rates and effects of incarceration across counties with a view to better understanding the exceptionalism of American penal policy.

A native of Detroit who attended Michigan State University (MSU) to study Political Science, Jasmine is described by Dr John Waller, director of the Social Science Scholars Program at MSU, as “a thinker of rare clarity, a gifted writer, a courteous but tenacious advocate, and a fierce defender of civil rights”.

As an undergraduate, Jasmine carried out research on racial hierarchies, the self-segregation of African American and Latinx students in university dorms, and the misrepresentation of minorities in US history high school textbooks. She also served as Michigan State’s President of the Council of Disabilities and as Chief of Staff for a legal non-profit which, among other roles, represents refugees at risk of deportation.

Twenty-four of the most academically outstanding and socially committed US citizens have been selected to be part of the 2021 class of Gates Cambridge Scholars at the University of Cambridge in the Scholarship’s 20th anniversary year.

The US Scholars-elect, who will take up their awards this October, are from a wide range of backgrounds from universities across the United States and beyond.

In addition to outstanding academic achievement the programme places an emphasis on social leadership in its selection process.  The programme’s aim is to create a global network of future leaders committed to improving the lives of others.

How do you feel about becoming a Gates Cambridge Scholar, and coming to study at Wolfson?

I feel honoured, grateful and excited to have been selected. I was eager to study at Cambridge but could see no means of overcoming the financial barriers to my doing so. The Gates Cambridge Scholarship has made it possible and it will connect me with a cohort of amazing students. I’m equally thrilled to be coming to Wolfson, an academic home well known for being egalitarian, diverse, international, and inclusive.

At one level, applying to Cambridge and for the Gates Cambridge Scholarship were straightforward processes: the standard fare of essays, research plans and references. At another, these were almost surreal experiences: I knew I had the ability to thrive in Cambridge but a few years earlier this had not seemed a realistic aspiration, so I had to force myself to adjust to this exhilarating possibility.

Tell me a little bit about your planned research - and what inspired you to take on this particular challenge?

Many people don’t realize how egregious the U.S. incarceration system really is. We have a quarter of the world’s prisoners but only 5% of the world population. My goal is to work with faculty in the UK to conduct comparative research on the causes, rates and effects of incarceration across counties. This will, I hope, give me a richer understanding of the outrageous exceptionalism of American penal policy. I have been inspired to undertake this research by my own observations of over policing in my native city of Detroit and by my firm conviction that the US would never have locked up so many people had it not been for a deep history of racism.

Your biography is testament to someone who is highly committed to social fairness and civil rights - what was the spark that began this impressive journey?

The original spark was my parents. My father is a historian of black history, specifically black history in Detroit, and my mother is a teacher. As their daughter, I really had no choice but to learn about issues of social inequity and absorb the value of education! Eventually I came to share my father’s fascination for the history of African American exploitation, resilience and activism, and my mother’s commitment to learning. Since then, I have desired to assume a role in civil rights movements that remain far from realizing their goals. Along the way, many people have nurtured this commitment, including teachers and faculty members and advisors when I arrived at university. I hope to make them proud.