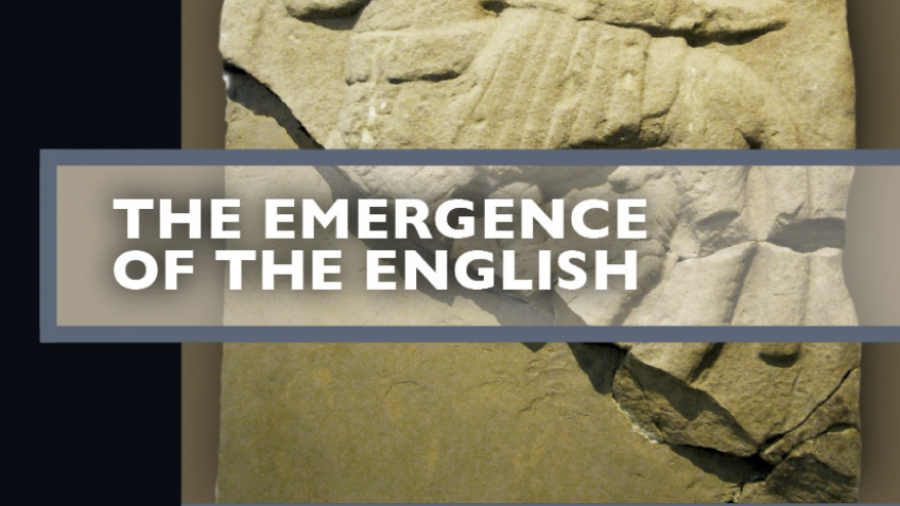 Emeritus Fellow Professor Susan Oosthuizen recently published a book that challenges long-held assumptions about the emergence of the English in post-Roman Britain.

The general history that most pupils and students of English history learn is that after the withdrawal of Roman administration from Britain in around 410 AD, successive groups of Germanic peoples — the Angles, Saxons, and Jutes — invaded the now ruler-less and rudderless island and took control by displacing the leaders of the millions of Romano-British people who lived there. The significant political, cultural and linguistic changes of the centuries that followed are supposed to be a consequence of that migration: new kingdoms emerged; the things that people used tended to be northern European rather than Mediterranean in style; and Old English had become the dominant language by the later eighth century.

In her new book, The Emergence of the English, Susan takes a critical view of that narrative. She begins by describing that general story and moves on to re-examine the documentary and other evidence for the period, including the accounts of Gildas and Bede. She finds that there is little or no evidence for large- or even small-scale Germanic immigration into England, nor of their ruthless assumption of positions of leadership. She also queries perceptions, which she criticises as a form of cultural stereotyping, of the superiority of Germanic cultural attributes that are thought to have fitted them better for leadership than those of the Romano-British elite whom they were supposed to have displaced. She concludes that the belief that post-Roman change was driven by ‘the Anglo-Saxons’ is no longer tenable.

The book sets out an alternative narrative viewed through the ecology and geography of the land and its management based on the rights of common property. This analysis sets short- and medium-term influences and events against the longue durée, arguing that existing late Romano-British communities evolved and adapted over the post-imperial centuries, gradually absorbing newcomers, rather than being occupied and coerced by invaders. There has, after all, been movement in and out of these islands since the last Ice Age. The story of the English, she says, is that there is a sense in which they were always the English, albeit calling themselves different names, speaking other languages, and using other forms of artefact, across the preceding centuries.

The book sold out its first printing within a fortnight and has been a best seller since.

Susan's earlier books include Cambridgeshire from the Air (1996),  Landscapes Decoded (2006, based on her PhD thesis), Tradition and Transformation in Anglo-Saxon England (2013), and The Anglo-Saxon Fenland (2017). Her teaching and research focus on rights of common, and on the development of the English landscape between about 400 and 1300 AD. As an archaeologist, she is not a digger, but rather decodes the landscape using a variety of methods and sources — maps and documents, archaeological excavations, aerial photography, place names, pollen analysis, the bumps and hollows of earlier activity, and more. But like many Wolfson students and other members, her path through academia was somewhat unconventional.

Born in Holland and brought up in South Africa, Sue moved to the UK aged 17 to study history and archaeology at the University of Southampton. She then moved to London, unsure of the viability of getting a job in archaeology. She says, "At that time, unless you wanted to go and dig in the middle of nowhere, living from one excavation to the next, living hand to mouth, I didn't think it was a sustainable lifestyle." Instead, she undertook an MA in Area Studies (Africa) at SOAS and then went into academic administration.

By her late 20s, she and her husband were living in Cambridge with their young family. Here she was drawn to the study of landscapes when she purchased a second-hand book in Cambridge market. "When my son went to nursery it was the first time in years that I had the morning off. One day I bought a book for 10p called The Lost Roads of Wessex – an area I knew well as I’d spent three years in Southampton — and I wondered if anyone had done something similar for Cambridgeshire. When I discovered no-one had, I started going to local libraries and archives to try to do the same for the county. I worried that the archivists and librarians would think I shouldn’t really be there, but in fact they were very welcoming. And after a year I had a good overview of the landscape history of Cambridgeshire."

By 1986, having taken a PGCE through the Department (now Faculty) of Education and Darwin College, Sue was teaching for the University’s Board (now Institute) for Continuing Education (ICE) and the Open University, publishing a steady stream of academic papers that flowed from the research she undertook in preparation for teaching. Eventually, when her children were older, she went on to take a PhD on continuity and transformation in Anglo-Saxon agricultural landscapes through the Department of Geography and Trinity Hall.

Initially appointed as Staff Tutor in Landscape History at ICE, she was translated to a Senior Lecturership when the University created a number of academic teaching posts there. Promotion to Readership and then appointment as Professor (the Institute’s first chair) followed.  "All my teaching was for part-time undergraduate-level students, whether on certificated or non-accredited University courses. Those of us at ICE at the time saw lifelong learning as a vocation. Archaeology is a wonderfully stimulating discipline for people of any age and adult students can be incredibly intellectually challenging: they tend to be articulate, critical and highly motivated to get the most  of their courses. The discussions we had in class were delightful, and I could see the way that continuing higher education transformed my students’  lives, as it had transformed mine. Many went on to achieve post-graduate degrees." That work ran alongside her continuing research, her connections with learned societies, her outreach with regional groups, her participation in organisations concerned with national and international lifelong learning, and involvement in the governance of the University, most recently in two terms on the University Council, the University’s most senior committee.

Sue first came to Wolfson as a Fellow in 2002, where she already enjoyed a friendship with the late Professor Mary Hesse. Although a philosopher of the history of science, Mary had begun to undertake research in medieval  field systems after her retirement. Eventually she began to publish papers in academic journals where her work achieved a high reputation – a second academic career to follow the internationally ground-breaking work she had done in History and Philosophy of Science. "We had lunch once a week initially at pubs and later in College from the mid-1980s until about 2012. We took each other on field trips to explore the landscapes we were each researching – places like Ickworth Park (which Mary was working on) — to try to reconstruct on the ground how the land had been laid out and managed in the middle ages. Then we would discuss and debate our theories on the basis of what we had each been reading. She was a very special person."

Now Sue is an Emeritus Fellow of Wolfson College, having recently retired from the University. She remains an active member of College, having led the strategic plan development stream on Fellowship, Governance and Membership.

The Emergence of the English is published by Arc Humanities Press (2019).