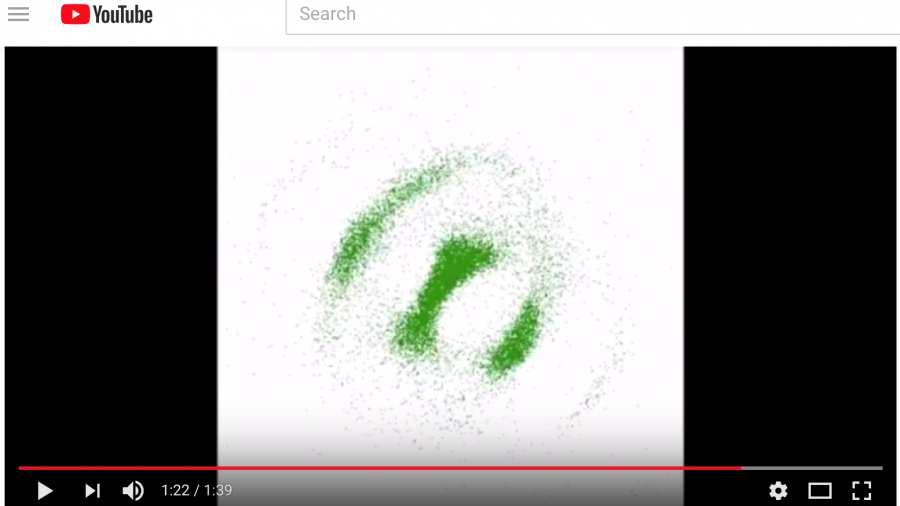 "The grasshopper problem is a rather nice one, as it helps us try out techniques for the physics problems we really want to get to." -Professor Adrian Kent

“Suppose you have a bag of grass seed from which you could grow a lawn of any shape - a spiral, a circle, an ink blot. A grasshopper lands randomly on your lawn only to jump once in a random direction. In which shape should you sow the seed to maximise the probability that the grasshopper remains on your lawn after the jump?

The motivation for this question does not relate to gardeners with a desire to keep jumping insects in place, but rather to some intriguing observations about quantum physics, the behaviours of elementary particles at sub-atomic scales. Former Wolfson PhD student, Dr Olga Goulko, and Wolfson Fellow, Professor Adrian Kent, used computational methods to try to find the best lawn shape to retain a grasshopper by running simulations where the grasshopper 'jumps' are different lengths. The results are reported in the journal Proceedings of the Royal Society A.

To map the problem, Goulko and Kent used modelling techniques called simulated annealing and parallel tempering, similar to the heating and cooling of metal that forces the metal into a low-energy state and makes it less brittle. "The analogue in a theoretical model is you start in a random high-energy state and let the atoms move around until they settle into a low-energy state. We designed a model so that the lower its energy, the greater the chance the grasshopper stays on the lawn. If you get the same answer – in our case, the same shape – consistently, then you’ve probably found the lowest-energy state, which is the optimal lawn shape," says Kent.

The simulations resulted in a variety of shapes, some of which Kent described as "weird and wonderful", including spots, fans and crescents, depending on the length of the jumps. The process was a proxy for problems known as Bell's inequalities that examine the difference between the predictions of particle spin by quantum mechanics and classical physics. The researchers hope that further study of spherical rather than planar 'lawns' may lead to a better understanding of these differences.

The emergence of such intriguing patterns in the modelling recalls the observations 1952 of the mathematician and code-breaker Alan Turing, who suggested that certain patterns occurring in nature - from alligator teeth to zebra stripes - may arise from so-called reaction-diffusion systems, where chemicals interact to produce very complex patterns. These results to the grasshopper problem suggest that equally rich patterns may form in systems with fixed-distance interactions. As Kent says, "It may be worth looking for explanations of this type in contexts where highly regular patterns naturally arise and are not otherwise easily explained."