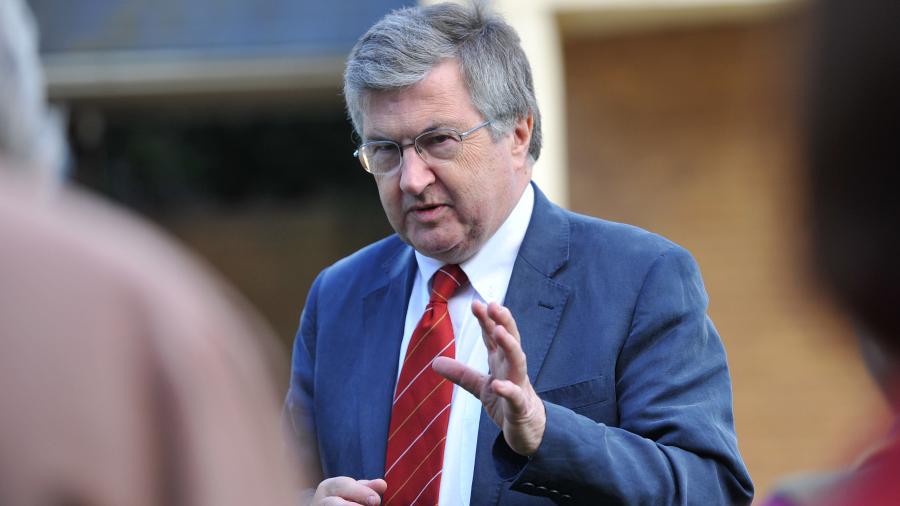 The former President of Wolfson College has been widely interviewed in the media for his historical perspective on the current COVID-19 pandemic, with a renewed focus on his 1987 book on the 1892 cholera pandemic.

Throughout the last 200 years, numerous cholera pandemics have occurred. The first one originated in India in the early 19th century, and subsequent outbreaks spread across the globe, aided by the expansion of trade routes and the movement of people. During the pandemic that raged from 1881-1896 the city of Hamburg on the River Elbe in northern Germany was particularly hard hit in 1892.

In his 1987 book, Death in Hamburg: Society and Politics in the Cholera Years 1830-1910, Richard explores the social inequalities and administrative incompetence that lead to the deaths of nearly 10,000 people in six weeks. The book chronicles how quickly the disease spread though the densely packed population of one of the world's biggest port cities, much more quickly than other cities elsewhere in Germany. The effects of the contagion were  exacerbated by the lassez-faire attitude of the local commercial elite, who were more concerned about the pandemic's impact on trade than on lives.

As we struggle to manage with the current contagion of COVID-19, Richard's historical perspective on governance and politics in response to such pandemics has been in demand. In a detailed article about the ability of political and economic institutions to deal with pandemics in the Boston Review, New Pathogen, Old Politics (3 April 2020), Alex De Waal describes Death in Hamburg as a "superbly researched book" of an "especially telling case study—still an object of fascination and controversy among historians of health and disease". He says, "Although the pathogen may be new, the logic of social response is not, and it is here that we can see historical continuities."

In an interview with Isaac Chotiner in the New Yorker, How Governments Respond to Pandemics Like the Coronavirus (18 March 2020), Richard describes the differences between UK, European and US responses to the COVID-19 pandemic, with the UK's initial response "very much in the British tradition of volunteers, liberalism, the laissez-faire state". Those European countries "with a much stronger state presence in society...there's much more enforcement of government measures—isolation enforced by the police, for example." Yet he acknowledges that "in a way, it's the epidemic that's calling the shots. In Britain, there's been massive public pressure for government to intervene in a more authoritarian way." (Now, in the third week of the lockdown, the debate over how best to impose regulations and restrictions is ongoing.)

Richard also appeared as a guest on David Runciman's podcast Talking Politics, From Cholera to Coronavirus (28 March 2020), where they discussed lessons from the 19th century pandemics, the differences between authoritarian and democratic governments in dealing with them and whether the political changes being driven by the current pandemic are likely to outlast the disease itself.

At the time of its release, Death in Hamburg was described in the London Review of Books as "A tremendous book, the biography of a city which charts the multifarious pathways from bacilli to burgomaster. All too often, political historians, urban historians, historical demographers and medical historians go their own sweet ways. Death in Hamburg demonstrates what can be achieved when historians put their minds to seeing the whole." The book won the 1987 Wolfson Literary Award for History and the 1989 William H Welch Medal of the American Association for the History of Medicine.

Professor Sir Richard J Evans is  is a British historian of 19th- and 20th-century Europe with a focus on Germany. He is an Honorary Fellow and an Emeritus Fellow of Wolfson College and served as its President from 2010-2017. In 2012, he gave a series of lectures at Gresham College titled The Great Plagues: Epidemics in History from the Middle Ages to the Present Day which can be viewed on the Gresham College website.