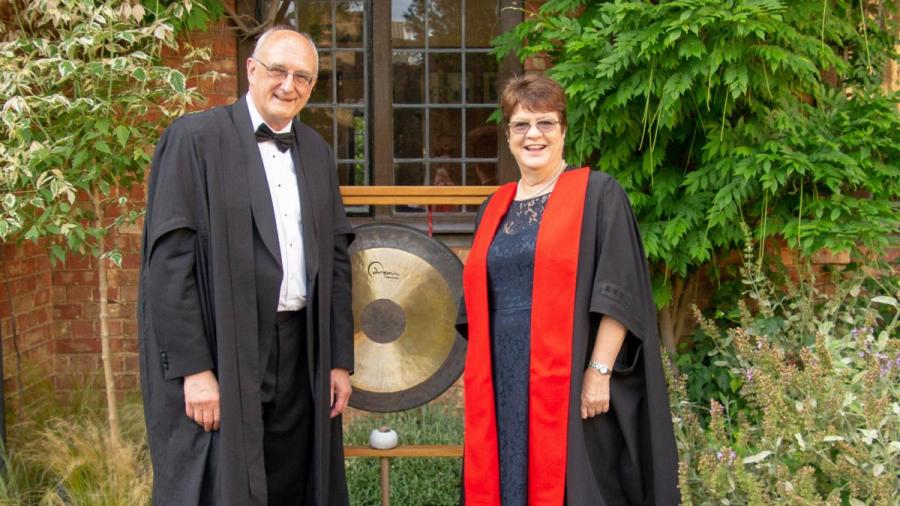 The Wolfson College Science Society is raising its profile with an ambitious programme of events and, for the first time, an Honorary President.

The Wolfson College Science Society was founded in 2010 with a mission to bring a range of scientific perspectives and exciting research to the Wolfson community. Professor Daniel Wolpert kicked off the first series with a talk on The Master Puppeteer: How the Brain Controls the Body on 15 October 2010. Since then, they have organised over one hundred talks. This year, the Society has named Professor Sir Leszek Borysiewicz as its first Honorary President.

Sir Leszek is Chairman of Cancer Research UK and an Honorary Fellow of Wolfson College. He served as Vice-Chancellor of the University of Cambridge from 2010 to 2017. His research has focussed on research focuses on viral immunology, infectious disease, and viral-induced cancer.

President of the Society, Dr Antonio Rodrigues, a postdoc in the Department of Zoology, said of Sir Leszek,

"We feel extremely fortunate that Sir Leszek has accepted to act as the Honorary President of the Wolfson College Science Society. Sir Leszek has been extremely generous towards the Society, either by suggesting speakers, pointing out topical research subjects or by helping us structure our programme. Sir Leszek has a vast academic experience, both as a scientist and as a leader of some of the most prestigious scientific institutions, and therefore has a unique understanding of the current and future scientific landscapes. This knowledge and experience allow us to offer all at Wolfson talks on cutting-edge scientific topics and the opportunity to hear some of the most exciting scientists in the world.

There are other science societies in Cambridge, some older and some that claim to be larger or more active, but our society embraces the ethos of the College — we are diverse, and we are inclusive. This term, for instance, our lineup of speakers includes three women and four men, includes a Nobel Prize winner (Professor Sir John Gurdon) but also an early career researcher (Dr Noa Zilberman) and a PhD student (Lara Urban). We are not afraid of tackling challenging topics, and our programme includes a wide range of scientific disciplines, from biology and chemistry to medicine and computer science."

Sir Leszek himself will be giving a talk for the Society this Friday 16 November, Future developments in healthcare – does cancer lead the way? He says,

"Wolfson College plays a very important part in the education and mentoring of our fantastic students. In today’s world, whatever your interests and discipline, engaging with the huge potential impact of science and technology in all areas of our lives is essential. Therefore, I am deeply honoured to be invited to be the Honorary President of the Wolfson Science Society and will work with the team to ensure we provide lively, sometimes controversial talks and discussions so that all at Wolfson will be able to engage with and debate the challenges scientific advances pose for us and society in general."

In addition to the regular Science Friday talks, the Society will participate in next year's Cambridge Science Festival with a programme to include three talks, one as part of the launch event for the Wolfson theme word “Transformation”. The President, Professor Jane Clarke, will give a talk on the 15 of February 2019, and on 1 March 2019 Professor Chris Jiggins will give a lecture on biodiversity in Colombia, an event that will be jointly organised with the University of Cambridge Colombian Society.