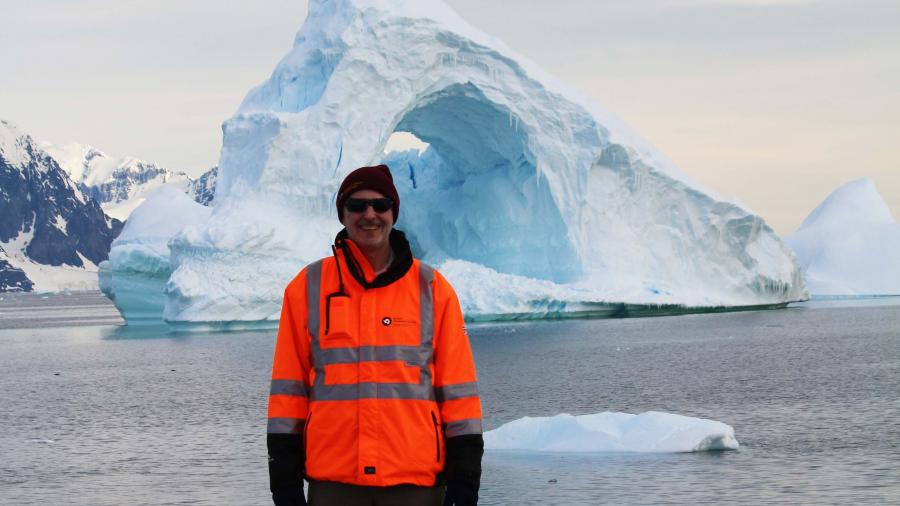 On Friday 3 May 2019, noted polar scientist, marine biologist and Fellow of Wolfson Professor Lloyd Peck discussed his research on animals that survive in the most extreme and punishing environments. Watch a recording of this lecture below.

For the last 28 years, Lloyd Peck has spent many months of each year in the Antarctic, conducting research for the British Antarctic Survey (BAS) and their collaborators. As Science Leader of Biodiversity, Evolution and Adaptation team, he oversees several dozen different field and laboratory projects that explore patterns in biodiversity, species and ecosystem functions, impacts and responses to human interactions and climate change. His particular interests are in adaptations of polar marine species, ecology and marine biology.

Animals that are adapted to the very narrow range of temperatures found in the polar oceans have evolved a number of unusual adaptations to survive. Antarctic fish known as notothenioids contain a kind of protein 'antifreeze' to prevent their cells from freezing. In many species, embryonic development and growth is slower than comparable species in warmer waters. Many other biological and metabolic processes are likewise slower than in warm-water counterparts, and polar animals are often long-lived.

In frigid polar waters, animals are able to grow larger than usual in the extreme cold, a phenomena known as polar gigantism. There are sea spiders that can reach up to 70cm and isopods that reach 14cm. (Imagine a spider that could basically cover a single bed or a wood louse the size of a hamster and you get the idea.) A result of these adaptations means that many Antarctic fauna are exquisitely sensitive to temperature, and why a difference of just a few degrees in sea temperature causes immediate damage to cells that lead quickly to the death of the animal. That is just one of many reasons why climate change poses a threat to the wildlife of the polar regions.

How to fold a frosty protein

The phenomena of polar gigantism is not completely understood. The most broadly-accepted theory is the ‘oxygen hypothesis’ which posits that the animals grow due to a combination of high levels of oxygen in the ocean and low metabolic rates because of the extreme cold temperatures. But there may be another explanation, as Lloyd will discuss in his talk, There be monsters: adaptations in Antarctic marine animals.

As those who have been to a talk by Professor Jane Clarke will know, proteins are the building blocks of life, underpinning fundamental processes in all living organisms, but they must fold into very specific 3D structures. The optimal temperature at which proteins work varies according to species and the conditions they inhabit, but in cold water proteins have difficulty folding in temperatures lower than 0°C. Lloyd will discuss how marine animals proteins have evolved to overcome this challenge.

Professor Lloyd Peck has been a Visiting Lecturer in Zoology in Cambridge since 1995 and was a Course director for the Department of Continuing Education (2015-2018). He was Deputy Chair of the Cambridge Earth Sciences DTP that funds, recruits and administers around 20 PhD studentsyearly(2013-2018). He gives masterclasses in presentation skills to post-graduates and gave the Royal Institution Christmas lectures in 2004.

Professor Lloyd Peck: There be monsters from Wolfson College, Cambridge on Vimeo. 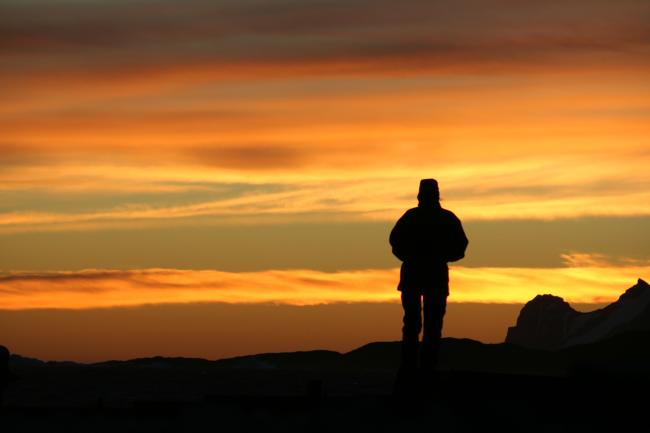 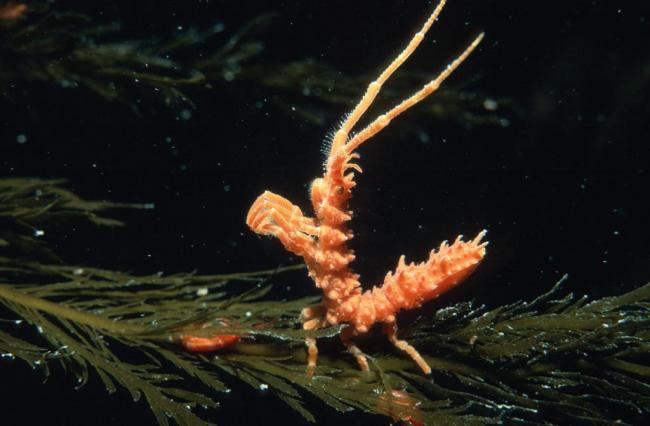 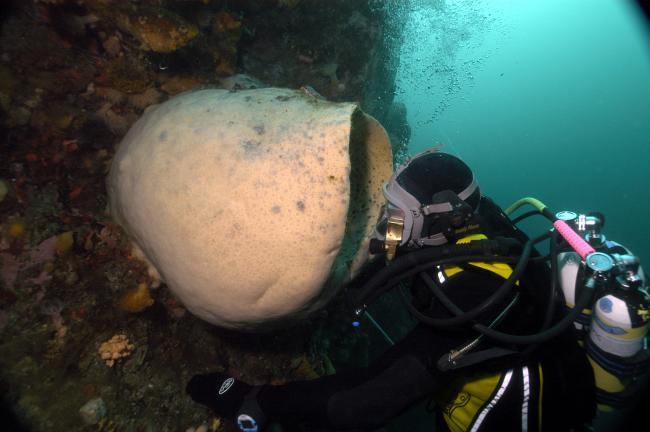 A sponge that has grown to huge proportions 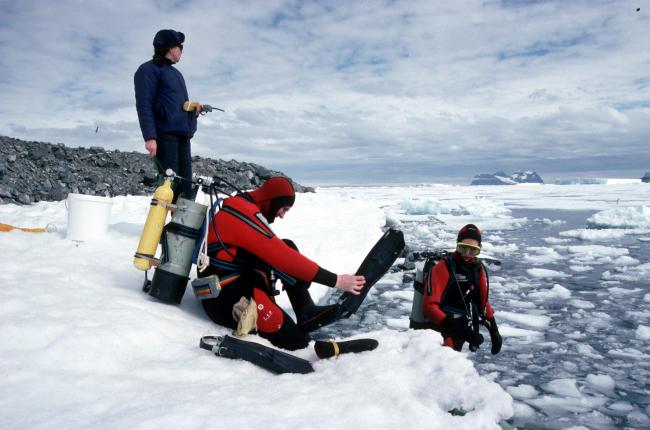 Lloyd diving into the icy sea 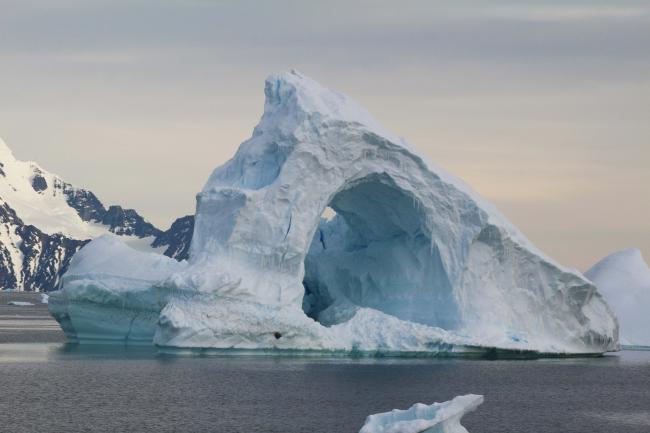 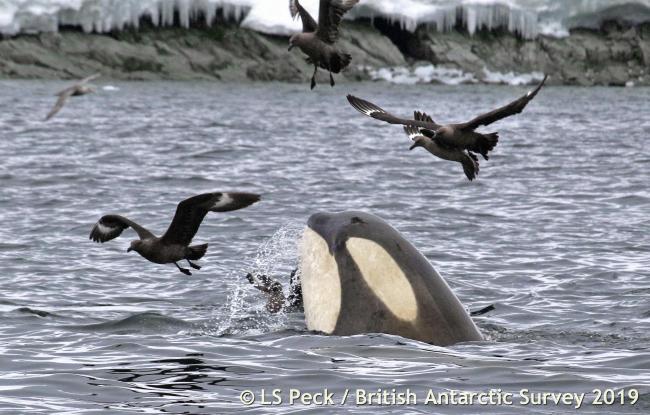 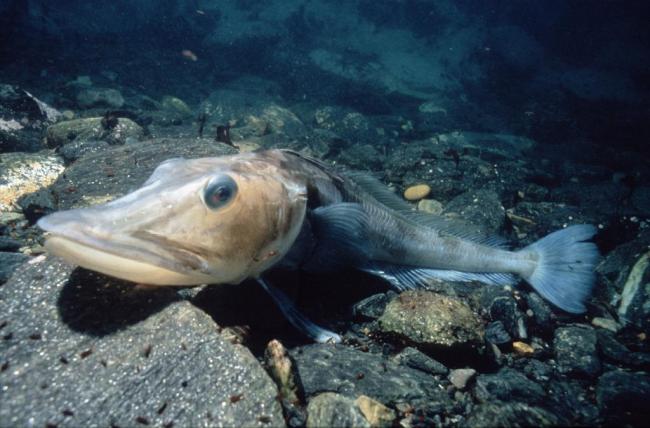 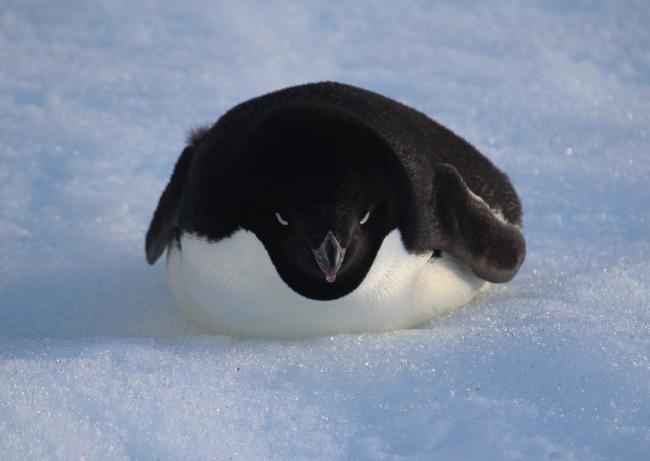 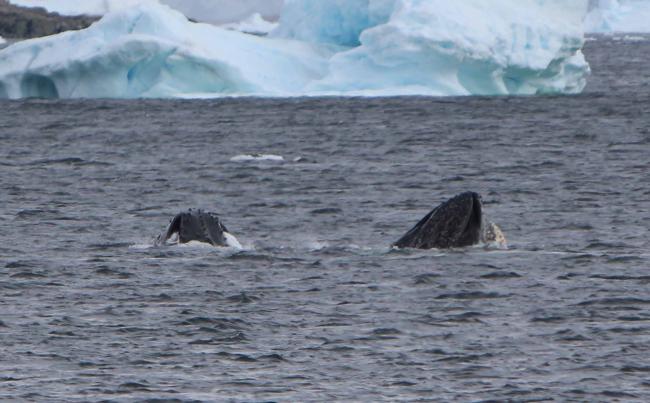