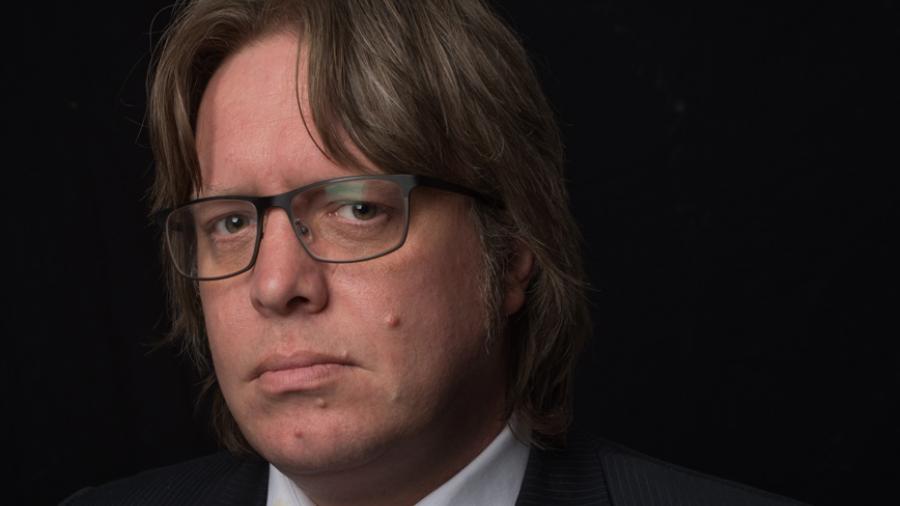 After the March 2019 mass shooting in Christchurch, New Zealand Herald reporter Matt Nippert changed the focus of his Wolfson Press Fellowship project in order to penetrate the dark corners of the internet that spawned similar shootings in Utoya, Charleston, Poway — and now — El Paso.

Matt Nippert is a senior journalist at the New Zealand Herald. He was chosen to be a Wolfson College Press Fellow at the Voyager Media Awards in 2018. We asked him about the research he carried out during his 10 weeks as a 2019 Wolfson Press Fellow.

Originally your Fellowship research was to be on the challenges of investigative reporting across international borders. But a devastating event occurred just before you were to leave for Cambridge that made you change direction. Describe what happened.

My background is in business reporting, typically white-collar crime, where my main investigative tools are official company filings, leaked corporate documents, and network maps. For several years I'd been working towards joining the International Consortium of Investigative Journalists in order to get plugged into some larger scale stories. My original research proposal was to explore developments and loopholes in transnational finance and tax and spend a couple of months lobbying for ICIJ membership (I managed to secure the latter independently in April).

Then Christchurch happened, a month before I was due to arrive at Wolfson. Fifty-one people were killed on a Friday afternoon. It is difficult to describe the magnitude of shock the event caused: There were more murders in Christchurch that afternoon in 12 minutes than the entire country usually sees in a typical year. Every newsroom in the country — and plenty more workplaces besides — had trauma and grief counsellors on site for the next few weeks.

I'm not a traditional crime reporter, and wasn't able to contribute to the immediate aftermath of the shooting, but felt a deep need to do something. So I decided instead to spend my Fellowship looking at where the Christchurch shooter came from, in terms of community and ideology, which led me to connections between a number of recent right-wing extremist killers.

New Zealand is generally considered a peaceful country, as is Norway, where a similar killing was carried out. Was the general impression at the time of the Christchurch shooting that this was an isolated incident?

The ongoing court case of Brenton Tarrant has put a damper on too much discussion and speculation over motives, but given the experience of Norway's mass shooter, Anders Breivik, I expect the easy explanation of insanity will get a good airing. There has been a really strong response here of disowning the gunman, pointing to his international inspirations and the fact he immigrated from Australia only shortly before the attacks. People consider this not to be New Zealand's problem, which is a dangerous mistake.

While it's not a uniquely national phenomenon, New Zealand is home to ideologies and communities online that foster these extremists. The 'lone nutter' explanation is a set of blinkers that prevent this movement being seen for what it is: White nationalism whose 'nation' extends beyond geographic borders.

You investigated four high-profile mass shooters from the last decade. Were you surprised by the number of threads that tie them together?

I was struck back in March by several strange references the Christchurch shooter made to Anders Breivik. Looking into the matter further, pulling apart the right-wing extremist symbology and terrorist back-slapping, I was disturbed to find the lone wolfpack is becoming more active. Several weeks into my time at Wolfson there was a shooting at a synagogue in Poway, California, that had explicit links. And, half-way through working through your questions now there has been a shooting in El Paso, Texas that is also part of the same movement.

This brotherhood's actions are become increasingly frequent, with three attacks in the last six months. They now appear to pose the largest domestic terrorism threat faced in developed countries. So far this year Islamic terrorism — often used as a rallying cry demanding revenge by the lone wolfpack — has killed precisely zero people in OECD countries. But the wolfpack? Seventy-four and counting.

Some might be surprised to hear that all four shooters were 'arrested without resistance’, in contrast to the phenomenon of suicide terrorism. What does this say about their motivations for committing their crimes?

They see the act of killing as only part of the terrorist process, which extends beyond the attack to the use court processes and appearances as a platform for propaganda. As a whole, their manifestos are neither novel nor well-written, and it's likely without the authors subsequent actions they would have been lost in the awful wash of fringe internet rantings. Their murders can be seen as PR for their manifestos.

Do you think there are effective ways to spot when someone is being ‘red pilled’ online in order for educators or law enforcement to intervene?

My intent wasn't to build a profile, but (with caveats for my small sample size) there are some obvious commonalities. All the killers were young, white males who legally purchased firearms. They all also consumed and expressed increasingly radical ideas online. Now, there's a lot of hate online, and the majority of 8chan posters are unlikely to become future terrorists — but if you wanted to find a community to watch, that'd be a great place to start.

And the shooters I looked at were very well-versed in the manifestos of terrorists who had come before. While as a journalist I've obviously got a bias towards freedom of information, I think there's enough evidence to suggest these manifestos are key elements of stochastic terrorism and should be subject to some sort of prohibition. Assembling a large collection of such material without good reason (I'm hopeful my work in this area passes muster) should attract some attention from authorities.

The decision this week by security firm Cloudflare, whose support was essential in keeping controversial sites online, to cease working with 8chan is part of the online solution. It is noteworthy that the only previous site Cloudflare had withdrawn services to was Stormfront, an openly white supremacist site which counted amongst its users Breivik and Roof.

Curtailing of 8chan will not prevent the white supremacist community organising, as lone wolves will migrate elsewhere. But it will make it harder for new recruits to first join or stumble across it. The most effective point of intervention has to be before the first red pill is taken.

What are your plans for the project? Will you publish a book?

After the Poway shooting I dialled back my plans for a long magazine article and have instead put together a report I intend to soon send to Police and other agencies. I am hopeful of wider publication in the near future, possibly after the trial of Brenton Tarrant. My newspaper just published this story, and I have made tentative contact with publishers about a short book.