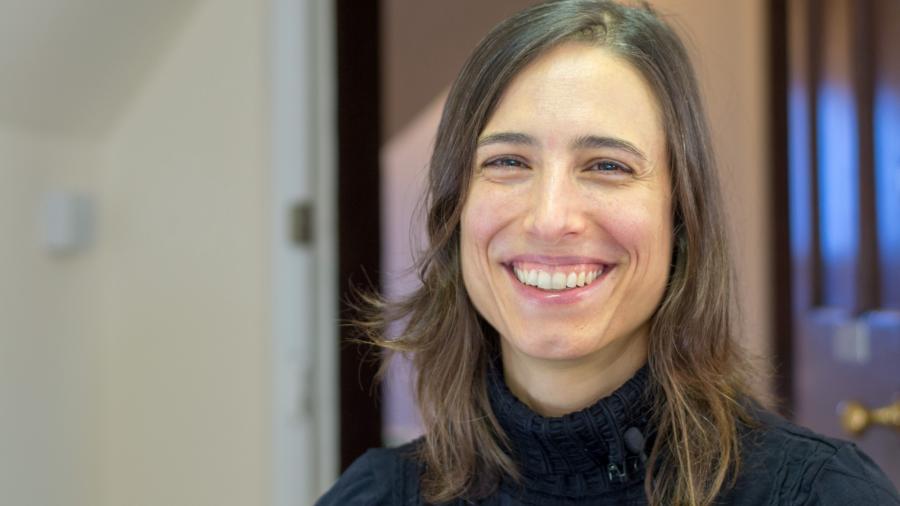 Wolfson Junior Research Fellow Julieta Galante is a NIHR Research Fellow at the Department of Psychiatry. In 2015 she was hired, under the supervision of Professor Peter Jones, by senior welfare authorities at the University to run a pilot scheme, the Mindful Student Study, into the effects of mindfulness training on stress reduction. She explains, “The University Counselling Service were concerned about the mental health of students and the huge amount of stress they feel during exam term. They wondered about the impact of that stress on their academic performance as well as their personal welfare.”

The Service had previously offered a range of interventions to small groups of students, such as relaxation and yoga, but noticed that the mindfulness course taught by the University Mindfulness Practitioner, Dr Elizabeth English, often had a waiting list and received extremely positive reviews from participants. Julieta explains, “They started to consider the idea of expanding the mindfulness provision and evaluating it because if mindfulness training was effective in real life, it could help more students. They knew there was some evidence for mindfulness but they wanted to see if we could actually measure a real effect in this population.”

She continues, “As applied researchers, this kind of research is what we aspire to. We want to provide a solid rationale for student welfare policy-making and the best way to do that is through the loop of innovating, testing and evaluating, before implementing a new technique.”

The study, which began in October 2015, consisted of a trial of 616 students randomised into two parallel arms. Both groups were offered access to comprehensive centralised support at the University of Cambridge Counselling Service in addition to support available from the university and its colleges, and from the NHS.

Half of the students were also offered an eight-week mindfulness course taught by Dr English based on the book Mindfulness: A Practical Guide to Finding Peace in a Frantic World. In addition, they were encouraged to meditate at home, and to practice mindful walking and mindful eating. During the exam term in May and June 2016, the students were scored for stress levels (‘psychological distress’) using the CORE-OM outcome measurement tool used by counsellors and researchers.

The students who had taken the mindfulness course had lower stress scores after the course, and were a third less likely than the other group to have scores that indicate a need for mental health provision. Distress scores for the mindfulness group during exam time fell below their baseline levels (as measured at the start of the study, before exam time), whereas the students who received the standard support became increasingly stressed as the academic year progressed. In fact, 57% of the students in the standard support ground had distress scores above an accepted clinical threshold.

The researchers also looked at other measures, such as self-reported wellbeing. They found that mindfulness training improved wellbeing during the exam period when compared with the usual support.

Whether students really are under more stress than in a previous era, or whether there is simply a greater awareness of mental health issues is a question Julieta would like to see answered. “There isn’t a lot of data on this and much of it comes from self-reporting in surveys that don’t fully represent the wider student population,” she says. “One of the things we also tried to measure in the trial (not yet published) is whether people who did mindfulness needed less support from the counselling service. But it’s very difficult to measure, because when you do practice mindfulness, you become more self-aware. This could have the effect that you are more likely to want to reach out for help. So is that a good outcome, or a bad outcome?” Answering questions like this should help the university to focus its support efforts where they are most likely to benefit stressed students.