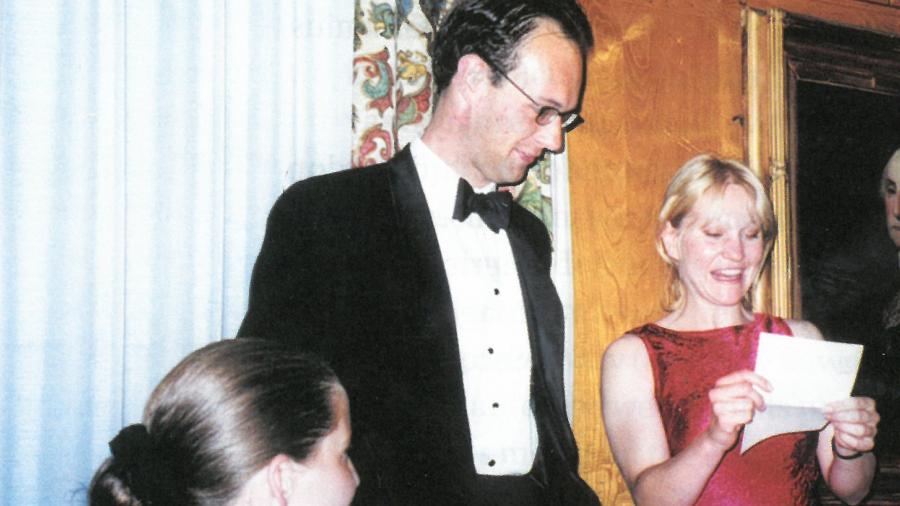 Alumnus Joe Hammond, who studied English at Wolfson 1998-2001, has written an account of living with motor neurone disease. A Short History of Falling: Everything I Observed About Love Whilst Dying has just been published by HarperCollins following a book launch in London.

Joe's memoir tells the story of his life since his diagnosis with motor neurone disease (MND) two years ago. MND often progresses very quickly and it has done so in his case.

In 2018, Joe wrote a piece for The Guardian about birthday cards he was writing for his two young sons to receive in the future, knowing he would not see them grow up. The positive response to his article earned him a book contract. HarperCollins describes the book: "A Short History of Falling is not a lament. It is a deeply imaginative meditation on what it feels like to confront the fact that your family will persist through time without you. It's a book about love and about fatherhood. But it's also an extraordinary kind of travel writing: an unblinking account of a journey into unlighted territory and of what it means to lose your body and your connections to the world one by one". The Times, which carried extracts before publication, describes the book as "exquisite". 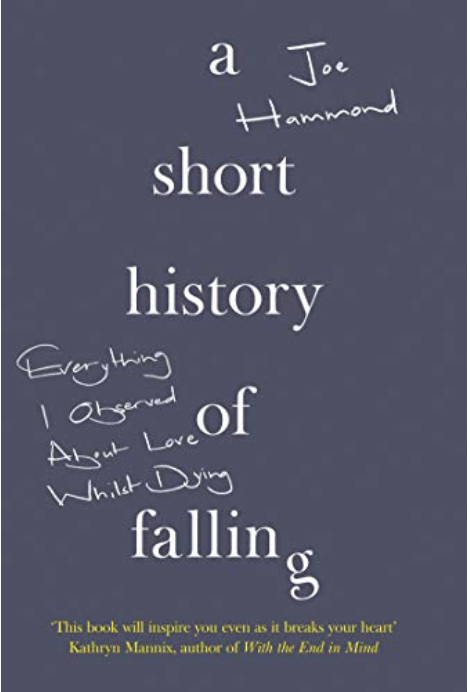 Past President Dr Gordon Johnson remembers Joe's time at Wolfson. "Joe was a wonderfully creative undergraduate contributing in many ways to College life. Joe was also a great college cricketer. He made many friends, including fellow student archaeologist David Jacques who was best man at Joe's wedding to Gill in 2011."

David says, "Joe graduated from Wolfson in 2001 and for the next ten years worked as a part time carer for troubled children in various institutions while writing scripts in his spare time. In 2012 he was invited onto the Royal Court Studio Writers' Group, having previously been one of The Fifty — a prestigious BBC/Royal Court initiative that selected fifty of the UK's "most exciting emerging playwrights" for development and industry mentoring. Prior to his debut London production at Theatre503 with Where the Mangrove Grows, he was also the recipient of a Soho Theatre START residency and an Arts Council England-funded residency with award-winning Coventry theatre company,Theatre Absolute.

Joe and Gill's oldest son Tom was born in 2012 and between 2013 and 2017 Joe undertook house husbanding duties with gusto. His second son Jimmy was born in 2017. That year he and Gill decided to move to Portugal. In the autumn of 2017 Joe was diagnosed with MND and given a two year life expectancy."

The family returned to England and, with the help of friends, were able to move to a specially adapted cottage in rural Hampshire. There he completed his book manuscript before losing the ability to type. He describes not only his tremendous love for his wife and sons, but also the experience of becoming dependent on others and preparing himself and his family for his imminent death. Writing the book he was, as described by journalist Louise Carpenter, "motivated by self-expression and the desire to leave something of himself for the boys, rather than any idea of critical acclaim (although that will surely come)."