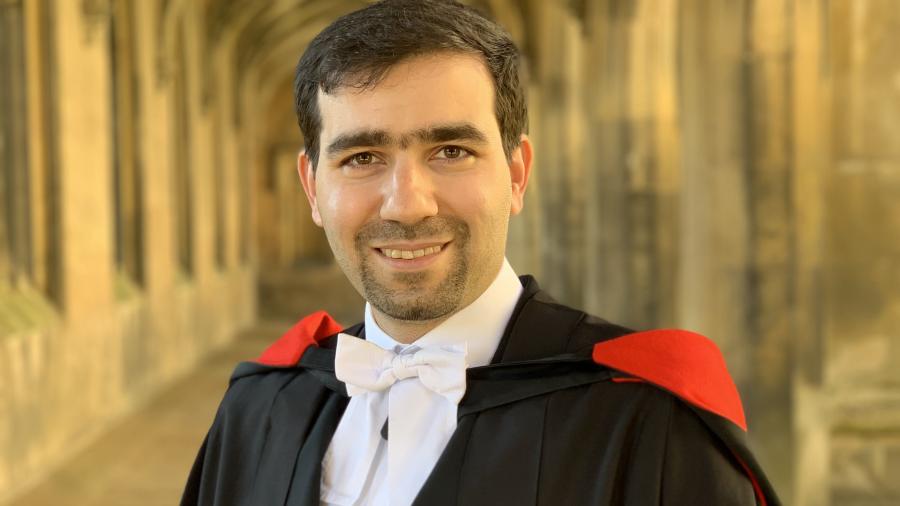 Mojtaba is one of 12 semi-finalists in the 2019 Postdoc Business Plan Competition (sponsored by Taylor Vinters & Hardcastle Burton) for his project, MiniPV.

Mojtaba is a Materials Scientist and a Research Associate at the Cavendish Laboratory and he already has five years' experience in entrepreneurship inspired by winning the Cambridge University Entrepreneurs (CUE) competition.

His current project aims to study, optimise and demonstrate a disruptive miniature photovoltaic energy harvesting technology, MiniPV, for use in wireless sensor networks (WSN) which is a key enabler of the Internet of Things (IoT). MiniPV has potential applications in consumer electronics, such as smart phones and wearable electronics.

Existing WSN products are mostly powered by batteries; existing alternatives have drawbacks, such as poor performance in low lighting conditions or high production costs. MiniPV performs well in low light, has a low production cost and is scalable. Motjaba would like to further investigate the commercial feasibility of the MiniPV.

The semi-finalists now move to the next stage of the competition, where they will be matched with a mentor from Cambridge Enterprise’s network of experts. Each will have three one-to-one meetings with their mentor to help develop key business skills and hone their business plans.

Up to six finalists shall then go on to compete at the Grand Finale event, taking place on Thursday 31 October 2019, pitching their business plans to a panel of judges who are experts in spin-out investment. Three prizes will be awarded: £20,000, £10,000 and £5,000 in funding. The first and second place prizes are sponsored by Cambridge Enterprise, with the third prize sponsored by  Cambridge Innovation Capital.

The first place winner will also have the opportunity to pitch at the next Cambridge Enterprise Venture Partners dinner, an investor forum of venture capitalists and business angels with more than £4 billion of funds under management by members.