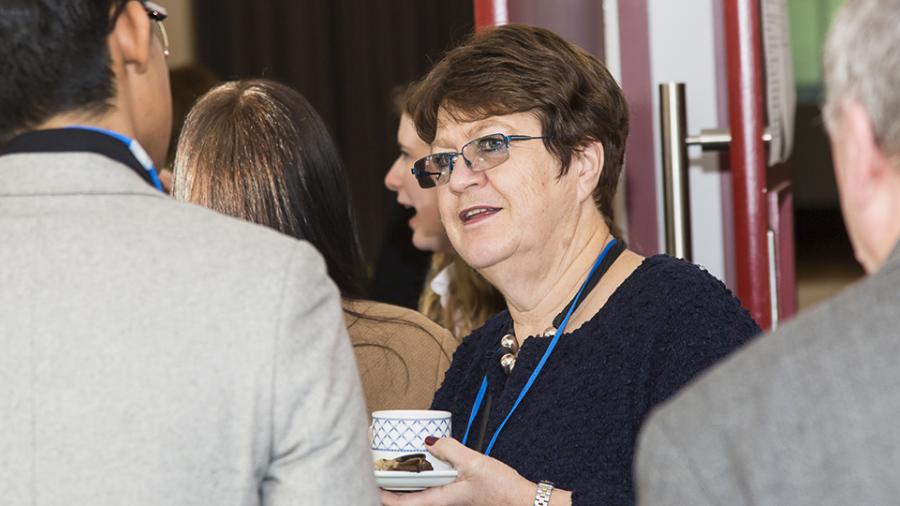 We are delighted to welcome Professor Jane Clarke FMedSci FRS as our sixth President.

Professor Clarke took up office on 1 October, joining our new students on Intake Weekend. She is already immersing herself in the rhythm of College life, meeting Wolfson’s diverse membership and staff, as Michaelmas Term gets underway.

Professor Clarke grew up in Cambridge and obtained a first-class honours degree in Biochemistry from the University of York in 1972. After completing a PGCE at Cambridge, she became a science teacher and, for a time, served as Head of Science at an inner-London comprehensive school. She moved to the United States in 1987 and was bitten by the research ‘bug’. On returning to Cambridge she joined the research group of Professor Sir Alan Fersht FRS in the MRC Centre for Protein Engineering and was awarded a PhD in 1994. She has held a highly prestigious Wellcome Trust Senior Research Fellowship since 2001 and was promoted to a personal Chair in Molecular Biophysics in 2010 from which she retired last week.

She is passionate about increasing diversity in higher education and supporting the personal and professional development of students, young researchers, and academics, irrespective of background or origin. She serves on the Education and Diversity Committees of the Royal Society. Her career and inclusive collaborative leadership style have a particular resonance with the ethos and values of the College.

Professor Clarke will be installed as President at the Governing Body meeting on 11 October 2017.