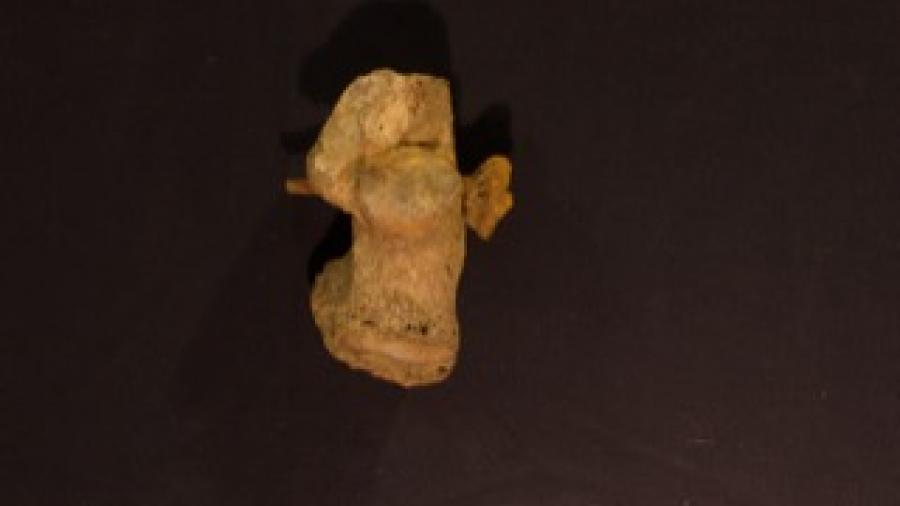 The first known example of a crucified individual in Britain, and the second only in the world, from the Roman period has been found in Fenstanton in Cambridgeshire, following Albion Archaeology's excavations headed by David Ingham.

Dr Corinne Duhig, Wolfson College Teaching Associate and Director of Studies in Archaeology, was part of the team that unearthed extremely rare evidence of the ancient crucifixion, after a previously unknown Roman settlement with five small cemeteries was discovered in Cambridgeshire.

The remains of the crucified man – known as Skeleton 4926 – was found within a settlement that appears to have been a new venture formed in the late first or early second century AD.

Dr Duhig said: “This find is only the second example ever found with a nail in situ. The first is in Israel, where it might be expected, but this one in Fenstanton shows that Roman justice — with all its barbarity — extended as far as a small town on the Fen edge in far-off Britannia. It contributes to our understanding of how this settlement and its population fitted into the empire.”

The team discovered five small, discrete cemeteries and a few isolated burials, with a total count of 48 individuals, as well as a comparatively rare bustum burial, in which a body is cremated on a pyre over a shallow pit.

According to Dr Duhig, Skeleton 4926 – a male – did not immediately stand out. The body had been laid extended on its back, with twelve iron nails surrounding the skeleton. However, writing in a British Archaeology article released today, Dr Duhig and David Ingham explain the development that led to the rare find: “It was only while the skeleton was being washed back in the lab that a 13th nail was found, penetrating the right heel bone (calcaneum) horizontally, exiting below the protrusion called the sustentaculum tali.

“It is likely to be an instance of crucifixion, the only one known from the British Isles and the fourth reported worldwide – and the best preserved.”

But who was the crucified man and why did he suffer this punishment? Dr Duhig and David Ingham consider the likelihood that he might have been a slave, but do not rule out other possibilities either: “Citizenship was extended to all free persons in the empire in 212 AD, giving rights to people in as far-flung places as the Cambridgeshire Fens, and crucifixion was banned for citizens after the AD 337 edict of Constantine. Slaves, however, could still be crucified and there were also many exceptions to the ban (several crimes including treason, are cited in texts) – or perhaps the practice persisted in this wild land at the end of empire.”

Ultimately, his identity will remain a mystery: “We will never know his name or the perceived offence for which he was apparently killed,” say Duhig and Ingham, “but his story will be pondered by many more today than ever knew of him at the time he died.”

The full article is available in British Archaeology (subscription needed).