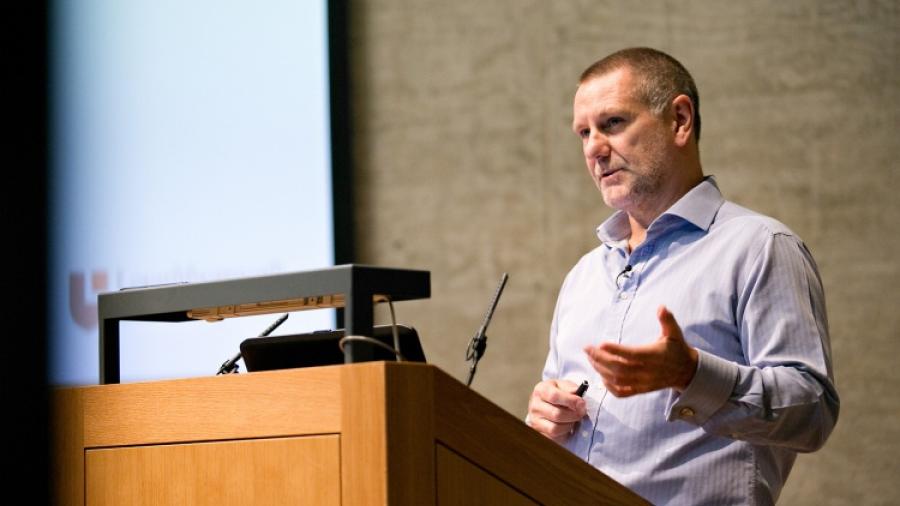 Professor Steve Evans, Director of Research in Industrial Sustainability and Fellow of Wolfson College, is giving a talk on our sustainable industrial future as part of this year's Cambridge Series at the Hay Festival in Wales this Friday, 2 June at 11.30am.

It may be difficult to be an environmental optimist in the current global set-up, but Professor Evans argues that green energy is now better in every way than the alternative - including by the standards of the free market.

Professor Evans will talk about sustainable industrial initiatives such as factories that create new products from waste.

Professor Steve Evans calls himself "an angry environmental optimist". Angry because he feels we are borrowing from the future, but optimistic because many of the problems with regard to the environment are perfectly solvable.

"We have reached clean energy parity," he says. "Renewable energy is not just cleaner than other forms; it is now cheaper. Factories that forage, X-ray glasses that can see energy, why price is not value, and lots of stupid stuff as well. We will explore how the industrial system is (slowly) changing and why free energy is ignored." Professor Evans explains how to be an environmental optimist and love factories. Read more on the University website.