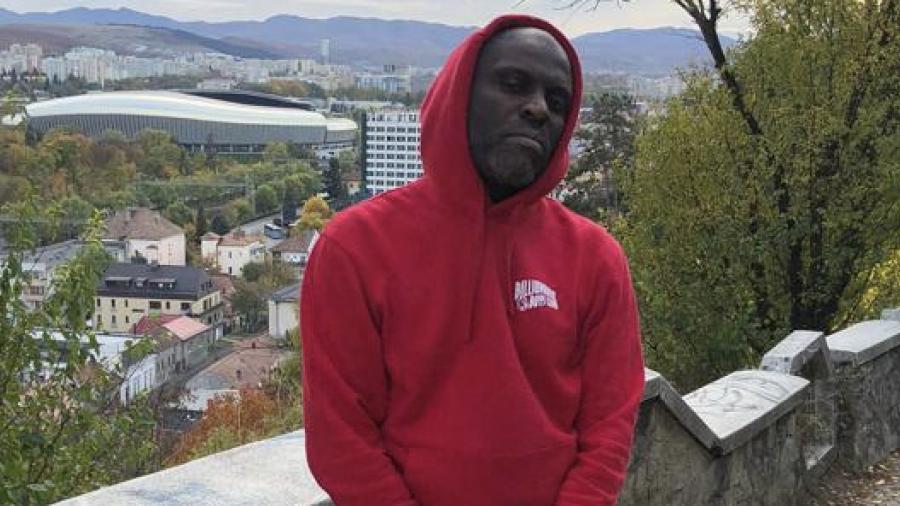 How do film and TV depict mental health issues? What can we learn from them? And what needs to change?

Dr Akeem Sule, a Wolfson College Research Associate and a Consultant Psychiatrist in General Adult Psychiatry at the Essex Partnership University NHS Foundation Trust, is exploring these issues directly in his research.

Dr Sule has taught psychiatrists internationally, in Hong Kong, Singapore, India, Egypt, Nigeria, the Republic of Ireland, and here in the UK. Through Hip Hop Psych, co-founded with College Research Associate Becky Inkster, he has explored representations of mental health in hip-hop music. Now, he is turning his attention to depictions of Black mental health and racial trauma in film and TV.

Dr Sule's research explores material that relates to mental health, either directly or indirectly, investigating how UK TV programme Hollyoaks deals with Obsessive Compulsive Disorder (OCD) to how Martin Scorsese’s Shutter Island depicts “the delusional material of patients”. His work is cross-cultural, examining Bollywood movie ‘Devdas’ which depict alcohol dependence’ and ‘Nollywood’ movies, from the Nigerian film industry, which, he says, “often have characters ‘possessed by evil spirits’ who probably might instead be suffering from mental health problems”.

We spoke to Dr Sule about his research and how popular culture can positively add to the conversation about mental health.

What responsibility do film and television have to correctly depict issues of mental health?

Films and TV shows have a responsibility to the audience and society to depict issues of mental health properly as being popular media it can impact on stigma as well as people accessing treatment.

For example, One Flew Over the Cuckoo’s Nest, the 1975 movie featuring Jack Nicholson, has had a role in dissuading people from receiving Electro Convulsive Therapy (ECT), an effective treatment for severe depression. This movie appeared to label this treatment as punitive and many psychiatrists have heard patients reference this movie as reasons for not receiving ECT.

Also, 13 Reasons Why, a Netflix TV show with its depiction of graphic sexual assault and suicide scenes, has attracted controversy. Some say it has enabled difficult conversations with teenagers with regards to discussing mental health issues as well as self-harm, whilst others have stated it risks creating a ‘contagion’ effect where vulnerable teenagers who have watched the show are likely to exhibit ‘copycat suicide’ behaviour or visit pro-suicide websites.

Films and TV shows that get it right can also help with lessening stigma for certain mental health problems. Sesame Street, the children’s show in the States, had a character, ‘Julia’, who had Autistic Spectrum Disorder, opening up powerful discussions on neurodiversity and social inclusion.

What impact does it have when films or TV rely on negative stereotypes or inaccurate depictions of mental health issues? Do you see those impacts on patients you talk to?

A lot of TV shows and films often depict people with mental health problems as ‘psychopaths’ or violent, or can be quite sensationalist in their approach, which means patients often associate some mental health disorders, such as psychosis, with being violent, hence not accessing treatment. A recent article in the BJPsych Bulletin, a psychiatric journal, explored this by examining the potential mental health problems that the various movies on the ‘Joker’ were trying to depict and the problems arising from it.

How can popular culture contribute positively to the understanding of mental health issues?

I think popular culture can do this by being responsible, curious, and honest when trying to explore mental health issues. It needs to avoid sensationalism. I also do believe that patients/service users with mental health problems, as well as professionals and charities, should be consulted before content is created. They should also be asked to review content. Also, popular culture can get it wrong and film and TV shows should not be defensive and be prepared to apologise and learn if offensive material is released.

What films and programmes have set the standard for discussions about black mental health and racial trauma?

That’s a very good question and there are so many so I will suggest a few. The Wire – probably one of the greatest TV shows ever made – as it shows the failed war on drugs policy, the impact of ‘syndemics’, e.g. poor housing, poor education facilities, racism, crime with regards to ‘Black mental health’, and racial trauma.

The 13th, a Netflix documentary which explores the racism pervading the criminal justice system in America. Insecure, a comedy TV show which among other things highlights bipolar disorder and post-natal depression. I May Destroy You, a BBC programme addressing issues of sexual consent, mental health, and sexual trauma. The Small Axe series on the BBC has different movies exploring racism and Black trauma, and culture from an Afro-Caribbean perspective.

How are you using your research?

The focus currently is about public health education and I have given lectures to the Cambridge Psychiatry Society, which is a society for medical students at the University who are interested in pursuing psychiatry as a speciality.

I regularly discuss movies and TV shows with my patients and ask for their opinions on mental health in these shows. This has sparked some very good conversations on stigma, treatment and understanding of their conditions.

I am facilitating a Black psychiatrists UK film club which helps us to be more reflective on the care we give, but also helps us to process racist experiences we have had. I recently helped to design a series of lectures using The Wire as a back drop to exploring mental health and popular culture with a  psychiatrist resident doctor in the US. This lecture was well received by the medical students.

How could depictions of Black mental health and racial trauma in popular culture be used in education or to engage with people with mental health issues more broadly?

I believe we could have bigger film festivals with an emphasis on Black mental health and racial trauma with a large invite to general public. Also, I think there is scope for popular radio and TV channels, BBC, ITV, capital stations, to host panels discussing the subject material. Twitter space and club house are also avenues to have these discussions.

What are you focused on next?

I am hoping to do more talks on films TV shows and documentaries related to mental health and to carry the message globally. I’m also working with the BCNI on looking at endophenotypes for Compulsivity and Impulsivity as well as with the Autism group with published papers in peer reviewed journals. And I am still doing work with my Hiphoppsych colleague, Dr Becky Inkster, too.