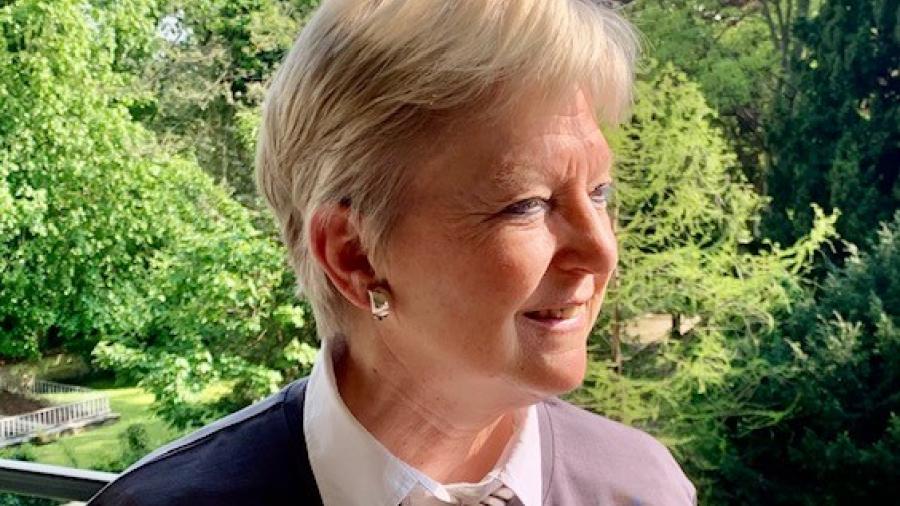 Wolfson College has conferred an Honorary Fellowship on alumna and former EU Ambassador at Large for the Arctic, Marie-Anne Coninsx.

Honorary Fellowships are an esteemed honour, conferred by the Governing Body on persons of distinction whom the College holds in high standing.

“I am delighted that Marie-Anne has been elected an Honorary Fellow. She is an alumna of whom the College can be inordinately proud,” says Wolfson President, Professor Jane Clarke.

“Wolfson College is committed to delivering leadership in sustainability, and conservation through innovative education, research, and invention to deliver a better, more sustainable future for all inhabitants of our shared planet.

"Through her work in the Arctic region, Marie-Anne demonstrates how Wolfson can deliver on this promise through our College community - our Fellowship, student body, and alumni. Together we can work towards a better tomorrow,” added Professor Clarke.

From Wolfson to the world stage

After her postgraduate Law studies at Wolfson in 1978, Marie-Anne Coninsx embarked on a distinguished career as an EU official and diplomat, which culminated in serving as the first EU Ambassador at Large for the Arctic. There, she championed the importance of igniting climate action through principles of international cooperation and inclusiveness.

Marie-Anne credits her time at Wolfson as an important step in her career as an EU official, which began in the European Commission at the Legal Service in 1984. After 12 years working on the staff of EU Commissioners, Marie-Anne developed her EU Diplomatic career, as Minister Counsellor at the EU Delegation to the UN in NY and Geneva. This provided her with extensive multilateral experience, and she subsequently served as EU Ambassador to Mexico (2009-2013), to Canada (2013-2017), and finally to the Arctic (2017-2019).

“I am extremely honoured and delighted being awarded Honorary Fellow. Studying at Wolfson was not only the highlight of my education, it also paved the way of a fascinating European diplomatic career. Therefore, receiving this Honorary Fellowship, while being able to contribute to the College’s leadership in sustainability, means a lot to me”.

Marie-Anne - a Belgian living in Germany who speaks Dutch, French, English, German, and Spanish - has made several significant contributions to the intellectual life of Wolfson. Her biggest contribution has been in the area of sustainability, including delivering the inaugural lecture at the launch of the College’s Green Society and contributing to roundtable discussions as part of COP26 at Wolfson. She is also involved in the College’s Sustainability and Conservation Research Hub, which brings together Fellows, students, and other partners from differing disciplines to tackle climate challenge.

Currently, Marie-Anne is Senior Associate Fellow at the Royal Institute for International Relations (Egmont Institute) in Belgium and Member of the Board of Directors of the International Polar Foundation (Belgium). She has several publications, which can be found on her website: www.marieanne-coninsx.eu.