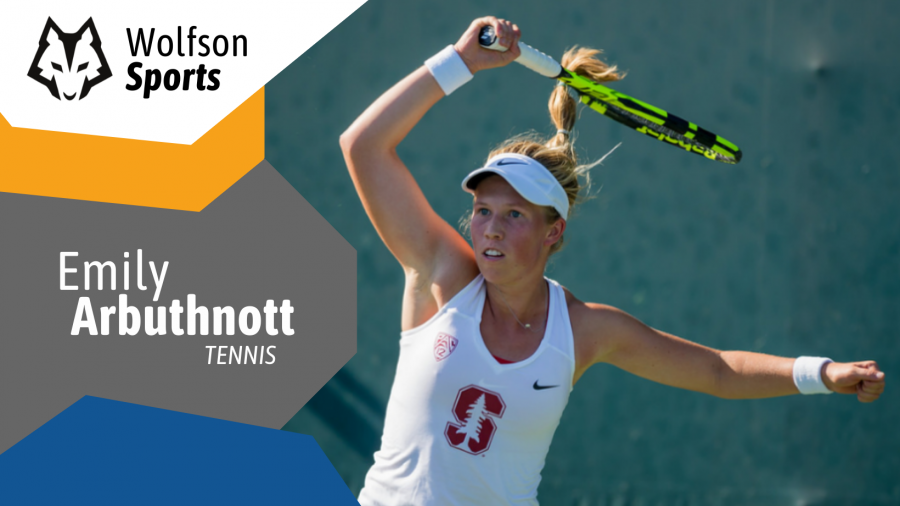 Economics MPhil student and tennis star, Emily Arbuthnott has been nominated in a final five shortlist for the Cambridge University Sports Person of the Year Shortlist 2022.

Economics MPhil student and tennis star, Emily Arbuthnott has been nominated in a final five shortlist for the Cambridge University Sports Person of the Year 2022.

The awards ceremony for Cambridge University Sports Person of the Year 2022 takes place on Monday 20 June. Soon after that, Emily will be competing in the 132nd Tennis Varsity between Oxford and Cambridge in London on 25th and 26th  June, along with WCSA External Officer, Jure Zgubic (visit FIXR for coach tickets).

The Road to Wimbledon

Emily’s tennis success started at a young age. Her earliest memories of tennis are from when she was six or seven years old, when her coaches would hide sweets underneath little cones. “We’d have to knock over the cones with a sponge ball to earn the sweets,” she says. “I was always quite motivated by that!”

Her coaches spotted her potential early on and offered Emily one-to-one training sessions after school to develop her game. By the age of 12, Emily was already starting to make sacrifices for the sport, missing friends’ birthday parties to play junior tournaments. In 2011 (aged 14), she won her first major national tournament, triumphing in the final over Katie Swan.

The demanding schedule of the international tennis circuit required Emily to squeeze her education in around her matches. “I travelled a lot, which was tough because I was still at full time school whereas many other players were home-schooled,” she says. “My school was quite flexible as long as I stayed on top of my work, but sometimes, there would be four weeks of competition in a row, like two in Mexico, two in Florida, and I would have to choose which to play so I didn’t miss too much school”.

In 2015, Emily’s A Levels clashed with her fixtures during the French Open in Paris. “I had a match in the morning and then my Chemistry AS in the afternoon,” she says. “I knew I had to win that one quickly to get to the exam!”

Revising in the taxi while driving across Paris in between games, Emily won her matches in the first two rounds, but lost out on a place in the quarter final to Markéta Vondroušová (world No. 14 in 2019). Emily was nevertheless delighted to have reached the third round and final 16 players in the girls’ singles.

Another career highlight for Emily was the World University Games, which she describes as “essentially like an Olympics for university students”. She first played at the games in Taipei in 2017, after the first year of her Undergraduate degree in Economics at Stanford University.

Representing Team GB in Taipei, Emily reached the quarter-finals in the singles, and the semi-finals in doubles, earning a bronze medal alongside her teammate Olivia Nicholls (No. 124 in the WTA doubles rankings).

Returning to the Games in Naples in 2019, this time Emily went one better. She reached the final in singles and earned a silver medal, described as “Britain’s best women’s singles performance for over 50 years” by the LTA.

When asked about the most famous player she’s ever beaten, Emily sheepishly admits that she defeated Emma Raducanu in a tie-break tens tournament in London in the summer of 2020. She is reserved about whether or not it counts, given the competition’s unusual format, but has also notched up wins against Bianca Andreescu and Harriet Dart.

In any case, Emily holds a place alongside the very best of British talent, training with the some of the country’s top players while on a term abroad at the University of Oxford in 2020. She also played tennis at Stanford University, following the US college tennis route taken by Brit Joe Salisbury, currently the world No. 1 in doubles. Emily describes this as the main pathway for UK tennis players, as the sports setup in the US allows athletes to continue to compete at the highest level alongside their studies.

Now at Wolfson College studying for a MPhil in Economics, Emily says she’s glad that she has more time for herself, and for other hobbies (such as lacrosse, in which she has also been highly successful).

She is of course still playing tennis, and won silver in both singles and doubles at BUCS Tennis Individuals this year. In Cambridge, Emily plays alongside her teammate Georgie Walker, a long time tennis friend from the same hometown, who is currently reading her Master’s at Clare College.

Although she usually trains with the Blues at David Lloyd Club or the grass courts at Fenner’s, she enjoys using the tennis court at Wolfson for more casual games and knockabouts with friends. “It’s been resurfaced recently and is in good condition for an outdoor court”, she says.

Now at the end of her Cambridge degree, Emily is looking towards the future. Although “going pro” always seemed like the next step for her, rather than diving straight into a professional tennis career, Emily is hoping to explore her options.

“It’s really hard to let go of something that’s been such a big part of my life” she says, “but I do want to consider other possible paths”.

That said, Emily is still incredibly driven, stating: “it would be hard to say goodbye to professional tennis without feeling like I’d given it my best”. 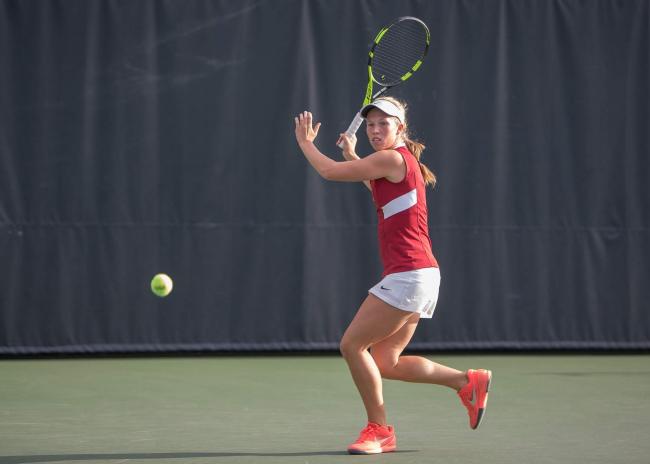 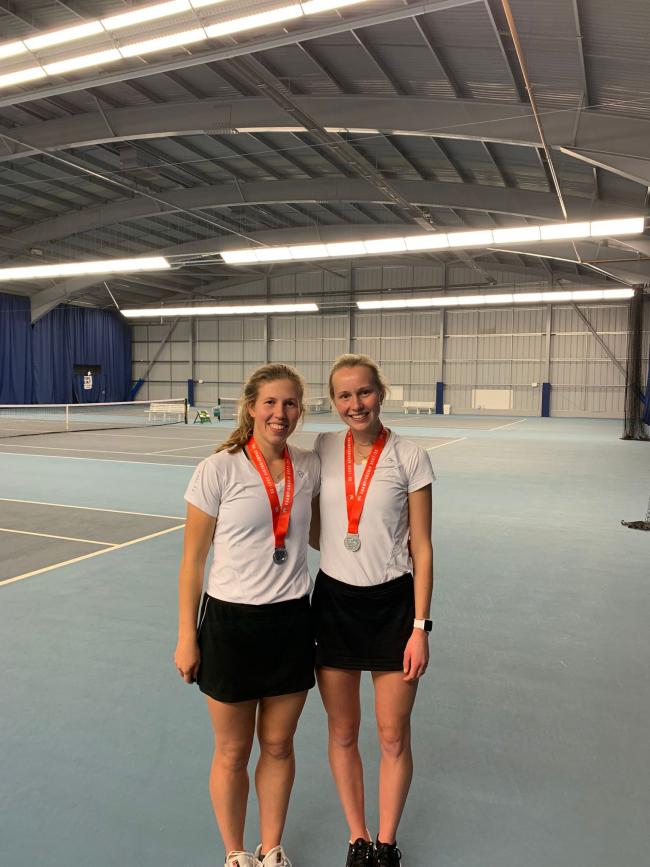 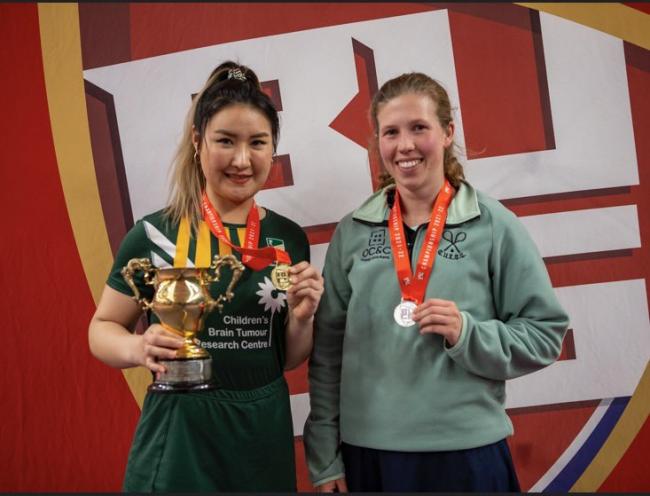 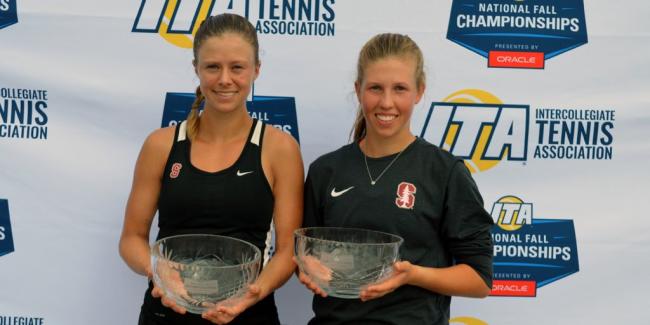 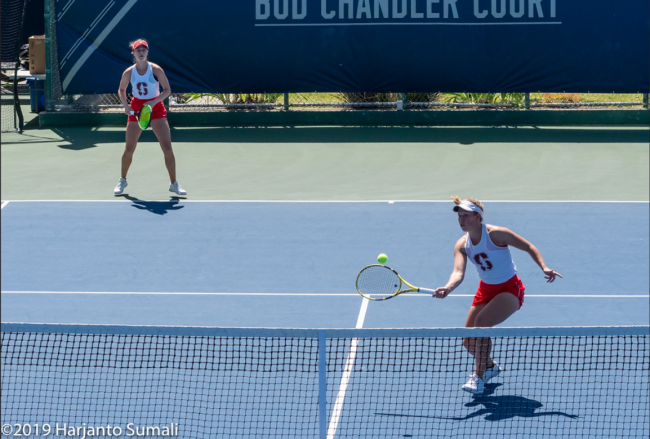 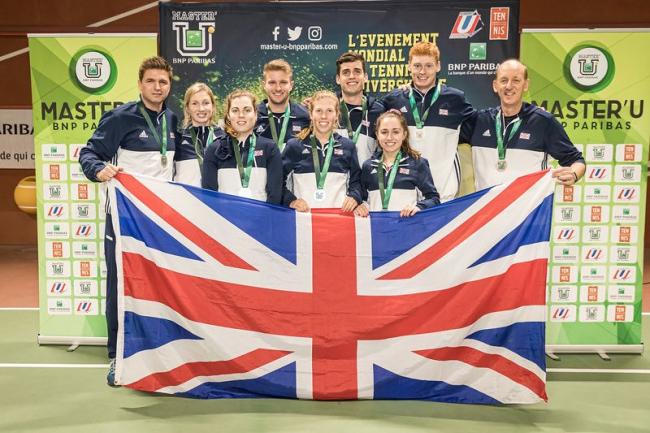 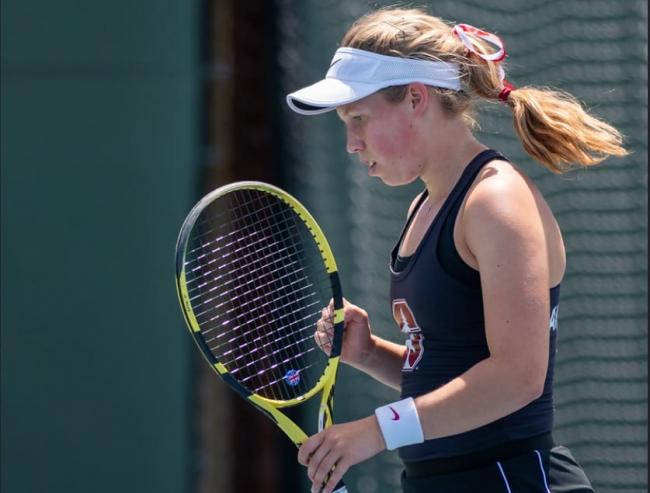 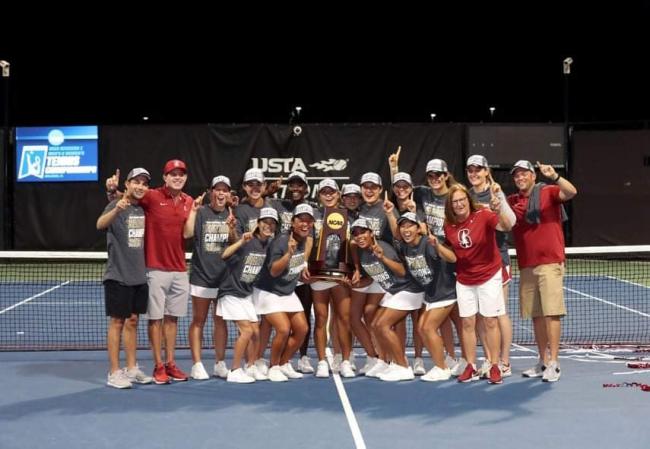