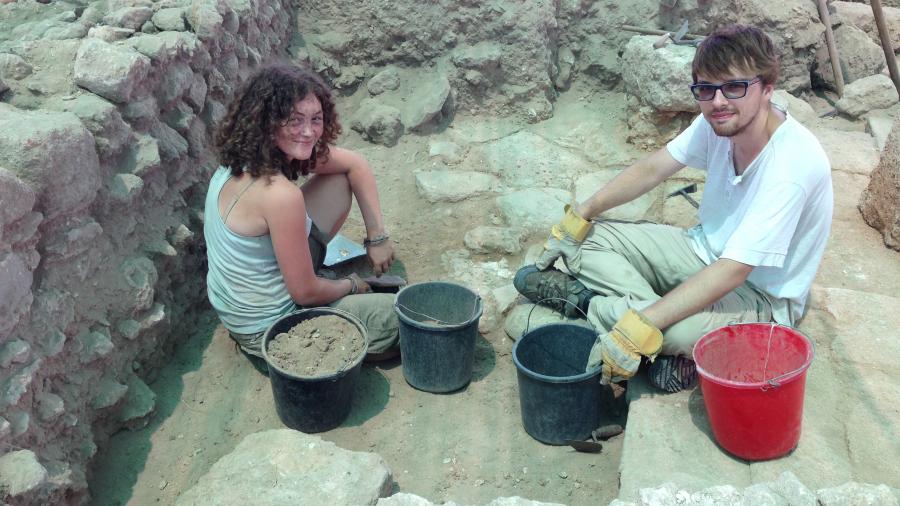 As she reaches the end of her course, undergraduate archaeology student Sarah Spiller is as excited about the future as she is about the past.

When Sarah Spiller was growing up in Somerset, she travelled regularly along the A303 past the neolithic monument of Stonehenge. The sight of these megaliths sparked an interest in the past, and the traces left behind by the people who lived in the area thousands of years ago. So when it came time to do her A-levels, she chose archaeology. As part of her course, she spent an 'experimential archaeology day' in the Blackdown Hills in Devon.

She says, "We basically got a bunch of clay and iron to examine. We formed the clay into bricks and constructed a replica iron age furnace so we could and have a go at using iron age tools. I was completely fascinated by how much you could discern about the past through 'reading' the materials and reconstructing the objects."

Still, after finishing her A-levels, Sarah wasn't quite ready to commit to a University course. Her family wasn't convinced that archaeology was a good career choice, so she decided to spend some time travelling.

"At the time, I believed that the job prospects in the field were not great. After the financial crash in 2007, people were leaving the profession because they couldn't find work. I realise now that there has actually been a resurgence in archaeology and the job prospects are not nearly as dire as I thought then."

In the meantime, she spent time in Israel, where she worked as a WWOFER on a farm. This was where she was able to go on her first proper archaeologic dig.

"It was an old crusader dig, and we were on it for three weeks. It was hot and humid, you're just digging in a trench and it's hard work."

But she loved the experience, especially the companionship and teamwork that quickly developed between the digging team. After that, she sought out digs in other areas, including the UK and in Romania.

"In Romania I excavated a neolithic site using a spit excavation. This means you take a metre square and then go down in 5cm increments, looking for all the tiny little artifacts, even if they are as small as a fingernail. What you are trying to do is read the taphonomy, the processes of  decay and fossilization."

Her experiences out in the field convinced her that she should return to University and study the subject in depth. She chose Cambridge because she knew it was well-respected in the field, and that it had a long history of archaeological innovation and discovery. In fact, Cambridge was the first University in the UK to teach archaeology.

"I also looked specifically into Wolfson because I knew I would be going as a mature student. The College seemed very equalitarian and I liked they were open about a lot of things – like no fixed kitchen charge and no high table. And it’s so international. I had been travelling for a few years and meeting lots of people and talking to people with different backgrounds, so I knew I would enjoy that international community. I wrote to the admissions office initially and said I didn’t technically have the right grades; I needed one A* and I just had three As. So I asked whether they would consider my experience and interest in the subject or would I need to go back to get more qualifications. Fortunately, they took my experience into account."

"I thought my subject interview didn't actually go that well, but then I had my College interview with Jane (McLarty, then Senior Tutor) and Michael (Hrebeniak, Admissions Tutor) and that went great. I think they liked that I was willing to say that I didn't know everything but I was keen to learn more. I think my passion for the subject showed. When I came out of the interview I just felt that I wanted to be at Wolfson. I felt so comfortable here. A few weeks later I was working at Costa Coffee and I got a message from my dad saying, 'There’s a letter here from Cambridge and it feels too thick to be a rejection.'"

Once she started at the Department of Archaeology, Sarah knew she had made the right choice.

"I love this degree and I think it's a bit overlooked by potential students. At Cambridge it's a very flexible degree. You can take different approaches to your research depending on any interest you have — it might be engineering or something more theoretical like philosophy. I was writing a paper recently and I was able to draw not only from the data and research the culture, but also to take an ontological view and mix in some elements of theoretical physics!"

So keen is she to share her passion for the subject, that Sarah has also appeared on several YouTube videos made by fellow undergraduate Ibrahim (IbzMo) Mohammed, who shares everything from study tips to self-care for students on his popular channel.

"I’ve been on Ibz's videos and I bring up archaeology. I’m actually really happy because just the other day I got an email from someone who saw me on one of his videos and she wrote to ask me what she should do to get into archaeology. I gave her some advice and I just found out she got an offer!"

"What I enjoy about the subject is that so much of it is about finding evidence from the deep past to solve mysteries or to put together pieces, like a puzzle. I describe it as being like a dectective, but from a long time ago. At the same time, it's very exact and scientific. The process is dig, consider, record, layer by layer. You can find so much in the tiniest details."

As part of her coursework, Sarah has been able to get back out in the field.

"During the summer of first and second year as well as this year I've been in southwest Sardinia with the Landscape Archaeology of Southwest Sardinia Project (LASS). This is an understudied area – usually most explorations are done around the coast, but we’re right in the middle of the mountains doing field walking, which is fun because you can see the whole landscape, as well as the details."

In her second year she also went to Hungary, spending four weeks in summer at the Bronze Age site of Százhalombatta on the right bank of the Danube, 30km south of Budapest.

"I loved it because it was the first time I got to see an excavation from beginning to end. The project has been running for 20 years and it’s right by the Danube so the site is very beautiful. Every year they go and open up the pit and excavate during the summer, then close it up again to protect the finds. It's a tell — a mound created from the accumulated refuse of people living on the same site for hundreds or thousands of years. Typically with tells, the settlement is built, then the whole thing is collapsed and then built over so it mounds up gradually into a hill. But this took place much more gradually."

"They find remnants of houses like clay and daub. It does take a while to get your eye in. I was excited because I found a very thin white circle  a phytolith, which comes from plant residue and it is likely where a hay bale was sitting. We find lots of pottery, bone, and strange things we get excited about, like coprolites (dog poo). The idea behind the excavation is to examine the lives of the people who lived there over generations."

The summer fieldwork is a course requirement and the Department does contribute to the cost. Sarah was also able to apply for travel grants from Wolfson to help with the expenses.

"You also get to do lab work along with the field work. Another Wolfson student at the same dig was sorting pottery at the museum. After a dig, there is a lot of data waiting to be sorted and analysed and there are different ways to do this. For instance, the heavy fraction is a big sample of dirt which you put into flotation tanks so that the heavier material sinks and the light things like seeds float. From this dig we found really cool things like small bones, tiny little bits of bone that looked like sequins. We wondered if they were decorative."

Over the three years of her course, Sarah has learned how to assess finds in a way that connects her to the lives of people who lived centuries or millennia ago.

"You get a lot of information from bones using osteology. There are stress markers that form when bone is put under pressure so, for instance, you can deduce whether women carried baskets because of the stress markers on their arms and shoulders. In one dig in Turky they found that both men and women had stress markers on their toe bones that developed because they ground grain with quorn stones. They also had a lot of soot in their ribcages and both men and women had the same amount of soot residue which suggests that they both did the same amount of indoor domestic work. A lot of female history has show that traditional assumptions about division of labour are untrue – in many cases the women are doing lots of load-bearing work and men are doing domestic chores as well. "

"Another case I read about was a person whose humerus was massive on one side, and on his other side, his collarbone had clearly broken. That probably caused pain so he used the opposite arm more. Or another woman who was buried in a church surrounded by children. She was probably 80 years old, and her vertebrae were crushed from arthritis, but she was inside the church with all these children around her so she must have been some kind of respected individual who lived a very long life. It's fascinating to be able to tell and re-tell stories of people."

"Doing this work has changed my perspective on life and death. When you think about it, we all leave traces of our lives. I really find that comforting. Even if you stop to urinate in the woods, it will leave a marker where someone can identify the phosphorus hundreds of years later."

When she finishes her course Sarah is hoping to do a Masters at Southampton or Reading so she can focus on osteology and zooarchaology, which reflects her interest in the interactions of animals and humans in shaping the landscape, the subject of her dissertation. She is also seeking practical placements in the hopes of getting a job in commercial archaeology.

"Archaeology isn’t just about the past, it’s about the present. It’s a very useful and current subject. It’s a source of evidence for sociology and policy or creating environments and living spaces. You can see that not everything in the past is better, but not everything is worse. I love this field because it also connects people with a heritage that may have been sadly lost. In a more worldly sense, the study of the past is beautiful because there’s a lot of difference in peoples and lives across time, but there are also similarities. It reminds us that we are people of the world, we’ve spread across the globe and developed differences, but we’re all from the same recipe. 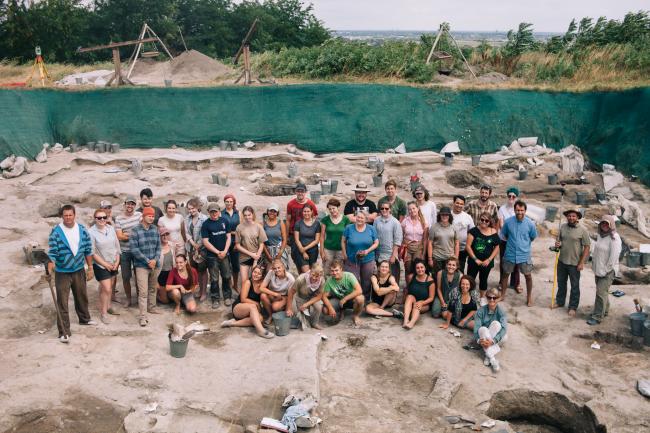 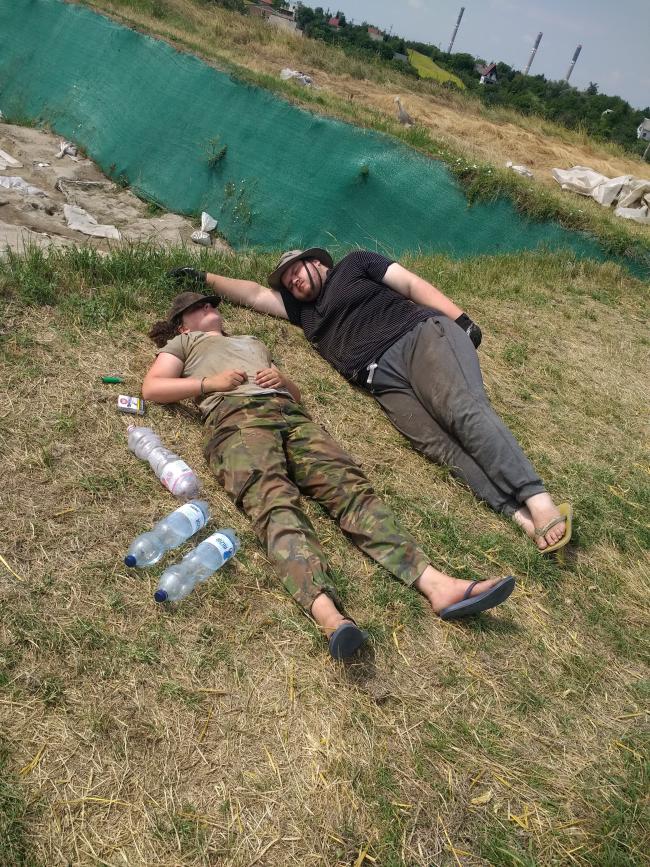 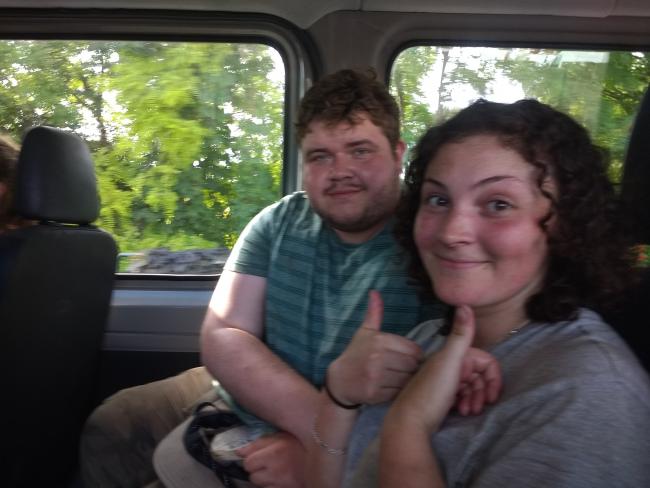 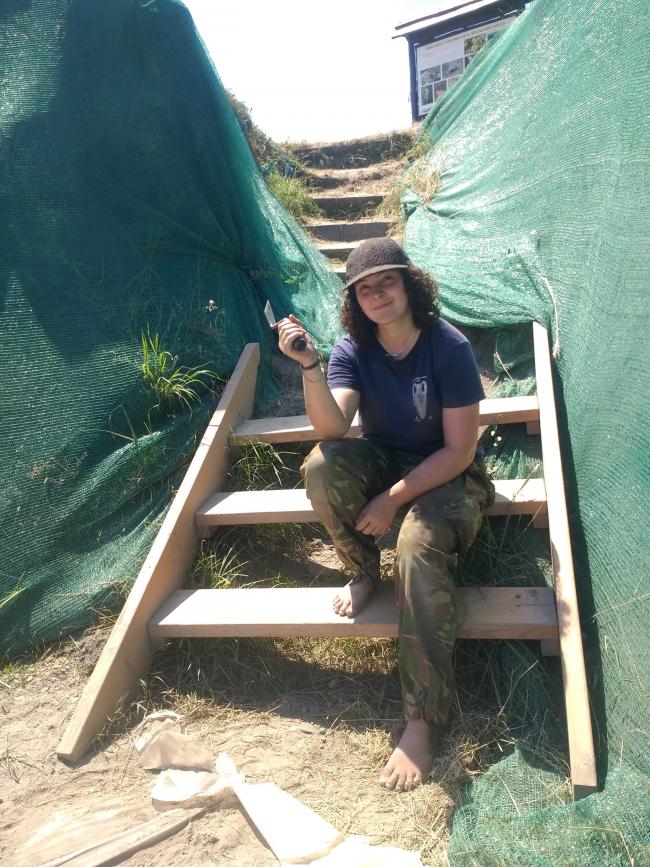 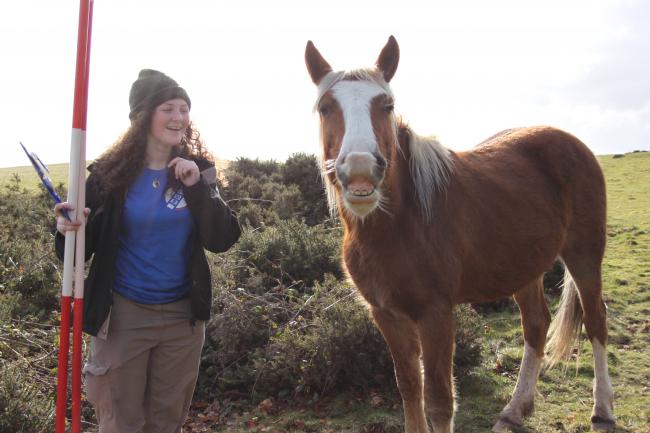 Catching up with the local wildlife 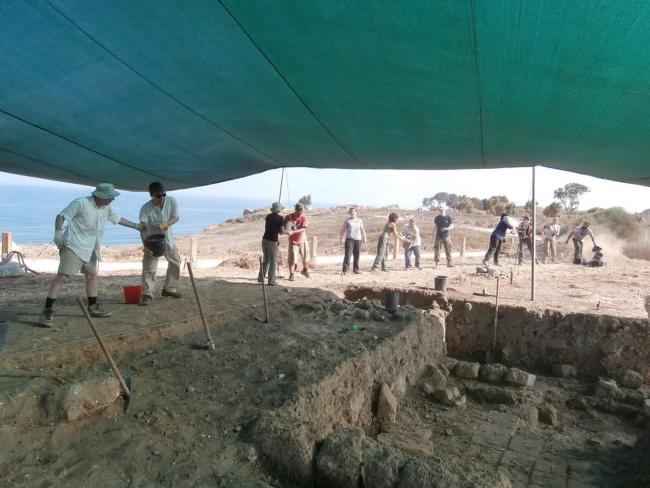