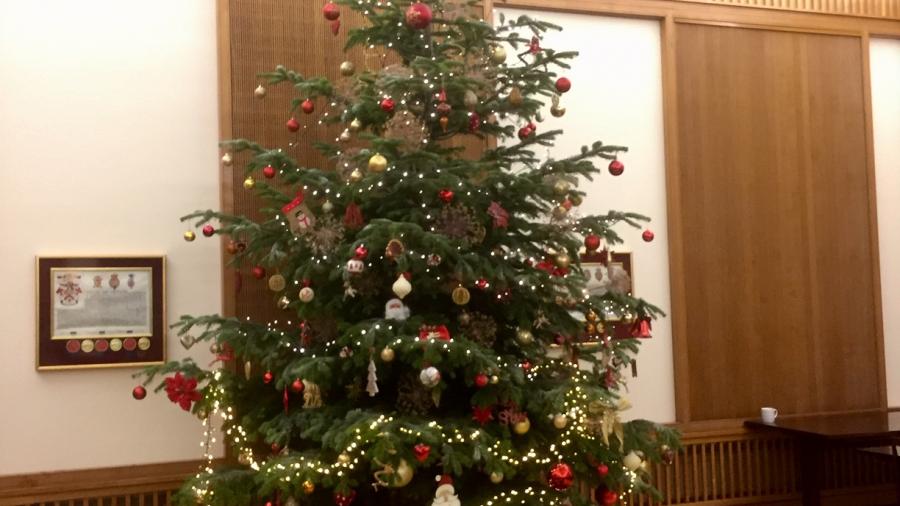 Head Gardener Oscar Holgate tells us a little bit about this year's Christmas tree in the Dining Hall.

The tree that graces the Dining Hall this year is 14-foot/4-metre Nordmann fir. The Nordmann, or Caucasian fir is a indigenous to the mountains south and east of the Black Sea, in Turkey, Georgia and the Russian Caucasus. Our tree was grown at the Elveden Estate which is just up the A11 near Thetford, in Suffolk.

Elveden Hall is a Grade II-listed stately home. The date of the estate's original house's construction is unknown but the estate is known to have been anciently appropriated by Bury St Edmunds Abbey. After the dissolution of the monasteries it was given by Henry VIII to the Duke of Norfolk. It subsequently passed through the ownerships of the Crisp and Tyrell families. The Georgian house at the core of the present house is thought to have been built c. 1760.

The 17,000-acre Estate was once owned by Maharajah Duleep Singh, the last true ruler of the Sikh Empire and owner of the famous Koh-i-Noor diamond, who had been exiled to England after being removed from his kingdom by the British East India Company. The Maharajah purchased the Estate in 1863 with a vision of rebuilding the country house and renovating it in an Italian Style, with the interiors redesigned to resemble the fine Mughal palaces to which he had previously been accustomed.

The estate has a long history of farming, and Elveden Hall and Estate played host to a wide range of sporting activities. None however rivalled the Maharajah’s passion for shooting. His shooting parties were popular amongst aristocracy including Prince George, the Duke of Cambridge and Queen Victoria. During his time at Elveden, he was proclaimed the fourth-best shot in England.

​After seasons of poor farming in the 1870s, a downturn in the Maharajah’s personal fortunes and political tensions in government, the Maharajah left Elveden and England in 1886. After his death in 1893, his executors sold Elveden Hall in 1894 to Edward Cecil Guinness, and the Guinness family remains the owners of the Estate today.

Humanities Society - "Objects, Bodies, and Emotions: How the Gas Mask Can Help Us Tell the History of Total War" 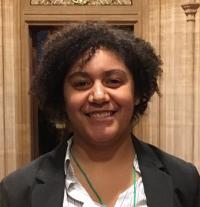 Science Society - The keys to the past: a mixed-methods approach to reconstructing the 1812 eruption of La Soufrière St. Vincent

The Science Society organises regular talks during term time. Throughout this term, all talks take place as zoom meetings, make sure to register.