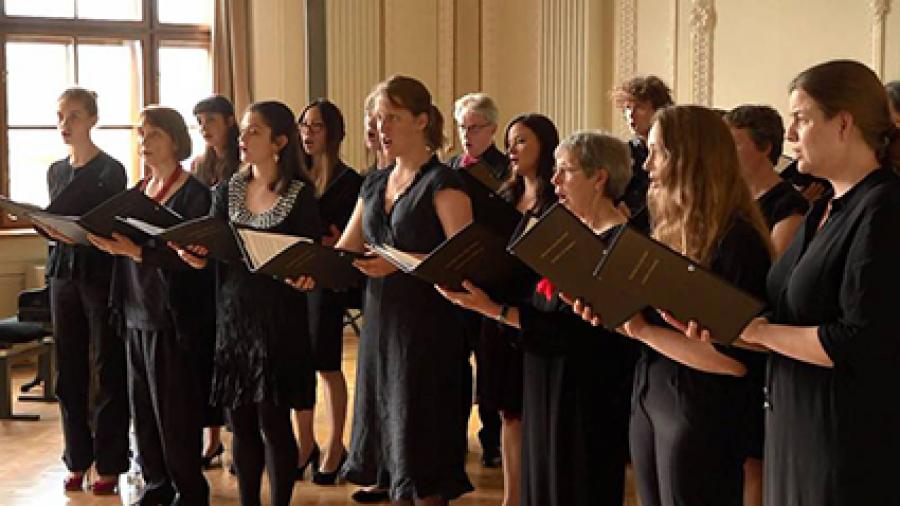 The choir has returned to Cambridge after a successful trip to perform in Hungary under the direction of Lyn Alcántara.

The College Choir has returned from an enjoyable visit to Hungary, where they performed in Szeged on Thursday 28 June. The programme drew from a wide range of repertoire which the choir has studied over the past year, as well as exploring the folk traditions of some of the choir's Choral Scholars. Wolfson Visiting Fellow Matthew Woolhouse gave the mainland European premieres of two of his works.

The tour also served as a farewell concert for pianist Juan Pablo Robledo del Canto, who for the last four years has served as President of the Wolfon College Music Society and has appeared at many College concerts. He says, "I feel very lucky that I got to take part in one of the College Choir’s tours. In singing with everybody during these years, I’ve haven’t just enjoyed the music but made friends that I hope will stay in my life, forever. In this tour, we’ve travelled, done sightseeing, danced, toasted, and laughed together. I couldn’t think of a better way of saying good bye!"

Unlike previous tours, there were more students involved this year. Director of Music Lyn Alcántara says, "On this trip we had more students than on previous tours thanks to generous donations from senior members, Fellows and alumni that enabled all students to receive partial funding for the tour. This not only made the trip more student-centred, but it also raised the musical standard of our performance."

Choral scholar Andrei Smidt said “It was really touching to be welcomed so enthusiastically by our Hungarian hosts. We especially enjoyed a rousing evening of folk music and dancing on arrival in Szeged. We’ve been so lucky to have had wonderful activities organised for us - from a night at the Turkish baths after our packed-out concert, to tickets to an open-air performance of Rigoletto.”

The Choir gives special thanks to choral scholar Andrea Kocsis for acting as choir translator — and as a fount of local knowledge.