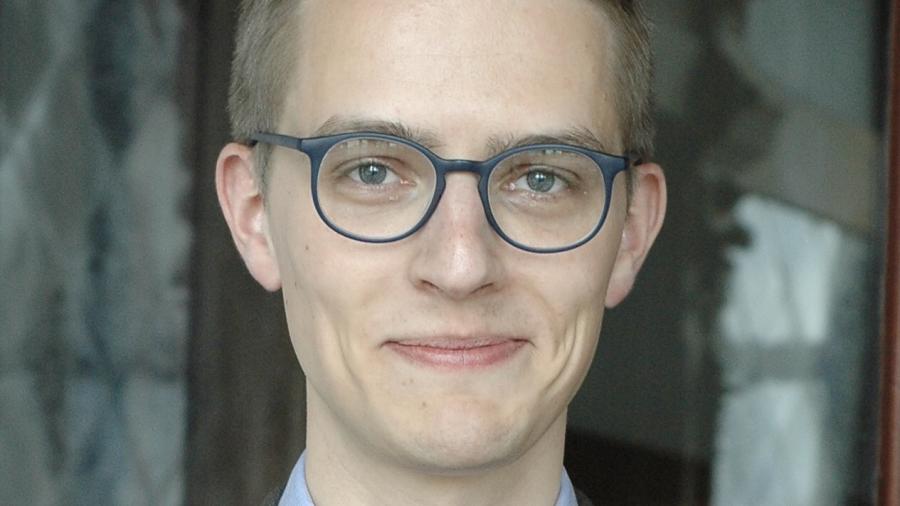 A new book by second year PhD student, Tom Zille, is the first to examine the influence and output of a key figure in German literary history: Christian Felix Weiße (1726-1804).

Drawing on previously unpublished correspondence, Tom Zille’s book examines Weiße’s wide-ranging professional networks as a cultural mediator of European significance, paying particular attention to his role in the German reception of Ossian, his introduction of English children’s literature to Germany, his translations of popular prose, and the intersections between his original writing and translations.

We spoke to Tom to find out more about this fascinating but underappreciated figure in European Enlightenment literature, his highlights of the year, and his experience training as a bookseller in Leipzig.

What is the significance of Weiße in German literary history?

Christian Felix Weiße was one of the most popular German playwrights in the second half of the eighteenth century, a key figure in the development of early German children’s literature, and – as this book demonstrates – a singularly prolific translator, especially of English literature. His significance goes beyond German literary history, however – in the literary culture of the eighteenth century and beyond, his influence extended to all corners of Europe.

Have there been many other book-length studies on Weiße?

The last monograph on Weiße was published almost fifty years ago – a study of his writing for children and young adults. The only substantial book-length study of his literary-historical significance, by Jakob Minor, was published in 1880. Aside from these, there have been some articles and a few conference proceedings. In other words, not much, if you consider his significance.

He is sometimes referred to as one of the fathers of children's literature in Germany - is that a fair conclusion?

There is always something polemical about such epithets – nevertheless, Weiße has a good claim. His journal for children, Der Kinderfreund (lit. ‘The Children’s Friend’) was read not merely all over Germany but had a broad European impact as well. I am currently co-editing a volume of essays on the international reception of Weiße’s children’s and young adult writing, and the range of translations and adaptations is astonishing. Add to that the many children’s books he himself translated into German, and he seems to deserve that title more than most.

What was his fascination with English literature and what kind of impact did those translations have in the country?

As a writer and an intellectual, Weiße was deeply influenced by the wave of Anglophilia that swept Germany in the second half of the eighteenth century, and which to a large part revolved around the concept of ‘freedom’ on all levels – freedom from absolutist rule as much as freedom from the strict rules of the French theatre. Weiße was interested particularly in ‘English’ (which could also mean Scottish or Welsh) genres and approaches – he translated the novels of Fanny Burney, for instance, the children’s writing of Anna Laetitia Barbauld and John Aikin, essays by Henry Mackenzie, and the speeches of Joshua Reynolds. These and the countless other works he translated or the translation of which he facilitated had a lasting impact on enlightened literary culture in Germany.

A large part of your book is dedicated to Weiße’s role in the reception of Ossian. How important was his contribution to the development of Romanticism in Germany?

Weiße had a big influence on the early German reception of Ossian – he was the editor of a journal that became a key location for the discussion and review of Ossianic publications, and he translated not only seminal criticism, but poetry in the Ossianic vein himself. The German ‘bards’ came to regard him as a figurehead. Weiße himself, however, quickly became critical of the impact of the ‘nordic’ style on German literature, including the ‘Sturm und Drang’ (‘storm and stress’) movement that would pave the way for the Romantics. Ultimately, therefore, his long-term influence in this regard proved rather limited.

Weiße lived in Leipzig and is buried there - what level of access have you had to his correspondence, texts and materials, there and elsewhere?

The University Library in Leipzig has numerous unpublished letters of Weiße’s, on which I drew for this study. Moreover, I was fortunate to receive funding from various sources – including my then Cambridge College, St Edmund’s – that enabled me to spend time transcribing correspondence at other archives, most notably the Goethe and Schiller Archive in Weimar. Not all my research was conducted in Germany, however – for instance, I found a copy of Weiße’s translation of Fanny Burney’s Evelina in the British Library!

You trained as a bookseller in Leipzig - what was that experience like?

Leipzig is the former capital of the German bookselling and publishing industry, and it still felt special to be part of its book culture. Training as a bookseller gave me a deep understanding of the inner workings of the book business, something that still informs my work as a literary scholar today. Because I was trained by a group of local booksellers, I got to experience a wide variety of styles. I have worked in the oldest bookshops in the city, but also in the one that was the first in Leipzig to start selling ebooks. The training included internships at a library and a publishing house. It was certainly a formative period in my life, and studying Weiße as a key figure in Leipzig’s literary and publishing scene in the 18th century, I felt very connected to him.

I was here for Michaelmas, but then went home to Germany over Christmas and got stuck there for almost half a year. It feels good to be back at Cambridge, even if the conditions are still not ideal.

How have you found the last academic year during the pandemic?

I am certainly privileged in having been spared any direct encounters with the virus and having had a comfortable place to stay. Nevertheless, one does feel keenly the many limitations to one’s work. Staying motivated was relatively easy given the unceasing (and highly welcome) pressure from outside, however, be it from my supervisor or the publisher of the book. The highlight was probably the University of Leipzig’s decision to award me a PhD for Christian Felix Weiße the Translator – it’s a shame that I won’t come by the Cambridge degree quite so easily!

You can purchase the book on the IMLR website now.