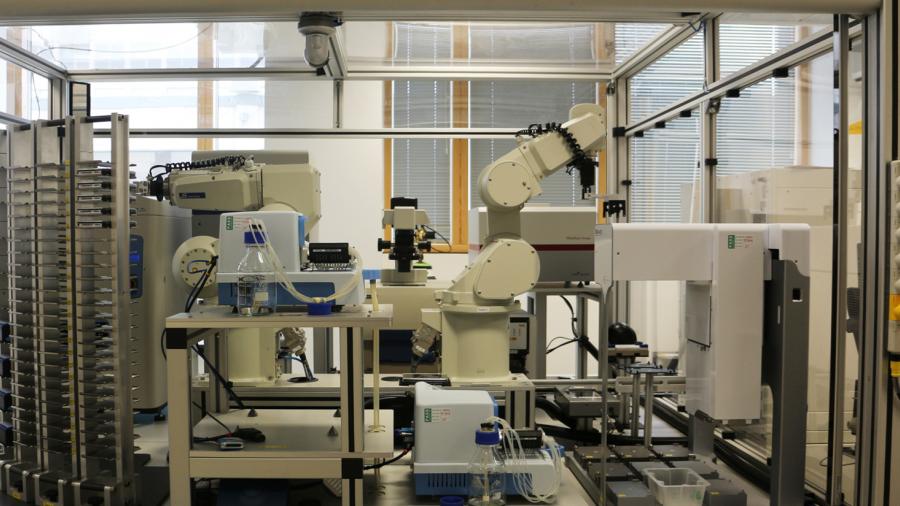 A conundrum that has eluded malaria researchers has been resolved by scientists from Cambridge and Brazil, including Wolfson Emeritus Fellow Steve Oliver - with a little help from a robot called Eve and an ingredient commonly found in toothpaste.

When a mosquito with the malaria parasite Plasmodium bites someone, it transfers the parasites into their bloodstream and the parasites then travel to the liver, where they multiply. Soon the offspring re-enter the bloodstream and infect red blood cells, causing a host of symptoms including sweats, headaches, nausea and fever. Ultimately, malaria can lead to serious organ failure, and relapses of the disease can continue months or even years after the initial infection.

“Drug-resistant malaria is becoming an increasingly significant threat in Africa and south-east Asia, and our medicine chest of effective treatments is slowly depleting,” says Oliver, who is based at the Cambridge Systems Biology Centre and the Department of Biochemistry at the University of Cambridge. “The search for new medicines is becoming increasingly urgent.”

Because malaria is one of the leading causes of death, particularly in Africa and south-east Asia, the search for treatments is pressing, but the Plasmodium parasite often develops resistance to common medications. Oliver and his colleagues were aware that triclosan - a common ingredient in toothpaste - has some anti-parasitic action in the blood stages of malaria, but attempts to synthesize an effective drug have been unsuccessful. In toothpaste, triclosan prevents the build up of the bacteria that cause plaque by inhibiting the action of an enzyme involved in fatty acid biosynthesis called ENR, however, work showed that the parasite did not use ENR when in the bloodstream, but rather in the liver. Now Oliver and his colleagues have discovered another mechanism by which triclosan is able to inhibit the parasite in the liver.

By combining artificial intelligence, laboratory automation, and smart assays based on engineered yeast strains, they employed the Robot Scientist ‘Eve’ in a high-throughput screen that identified the triclosan as a specific inhibitor an entirely different enzyme of the malaria parasite, called DHFR. That enzyme is the target of a well-established antimalarial drug, pyrimethamine, to which resistance is now common.

Robot scientist Eve (shown at left) was developed by a team of scientists at the Universities of Manchester, Aberystwyth, and Cambridge to automate – and hence speed up – the drug discovery process by automatically developing and testing hypotheses to explain observations, run experiments using laboratory robotics, interpret the results to amend their hypotheses, and then repeat the cycle, automating high-throughput hypothesis-led research.